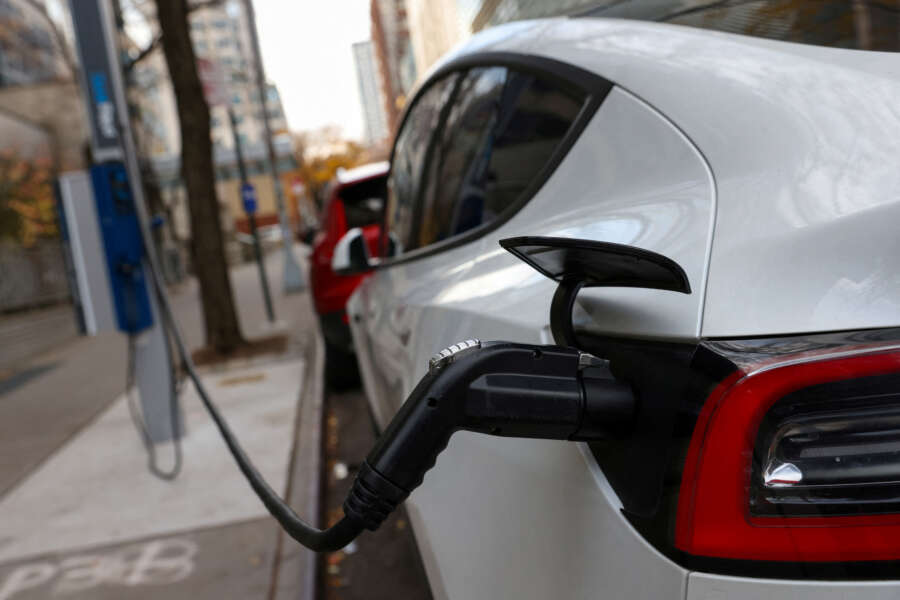 NEW YORK (Reuters) – The Biden administration could change the nation’s biofuel blending law next year to offer lucrative credits to electric vehicle manufacturers like Tesla, a major rewrite that the oil industry criticizes as subsidizing the EV industry.

The Renewable Fuel Standard, enacted in the mid-2000s, mandates the amount of biofuels like landfill or agricultural methane that oil refiners must blend into the nation’s fuel mix, or buy tradable credits – known as RINs – from those that do.

Adding the electric vehicle industry to the standard will introduce a new set of stakeholders into an already unwieldy situation. The United States has been using biofuel credits to reduce carbon emissions for years, but its effect has been unclear.

The Environmental Protection Agency (EPA), which administers the program, will sort through stakeholder comments in 2023 to finalize a rule. They must finalize the proposed obligations by mid-June. It is unclear if the EPA will change the proposal.

The transportation sector accounts for about a quarter of the country’s greenhouse gases, and the biofuel blending proposal comes at a time when President Joe Biden’s administration is pushing for lower-polluting energy sources.

“(The EPA) must also hold true to the legacy of RFS as a liquid fuels program — not an electric vehicle program — by rejecting yet another massive regulatory subsidy for electric vehicle manufacturers,” Geoff Moody, an executive at the refinery trade group the American Fuel and Petrochemical Manufacturers, said last month.

The oil industry thinks the RFS mandates are expensive and threaten to put oil refineries, and its blue-collar workers, out of business. Corn and biofuel groups like the mandates, as it increases demand for their products.

The Alliance for Automotive Innovation, an automobile manufacturers trade group, said it supports an “e-RINs” program.