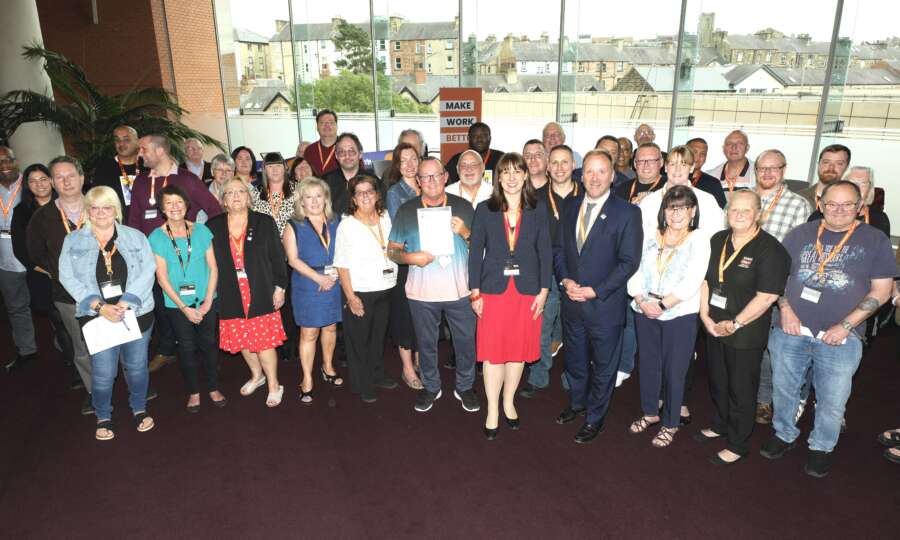 Every worker deserves to be paid properly for the hours they have worked, says GMB Union

Staff from Asda’s retail and distribution arms met the MP for Leeds West at GMB’s annual Congress, which takes place in Harrogate this week.

A GMB survey of thousands of Asda workers shows:

GMB has engaged in good faith discussions with Asda to help bring a resolution to this issue but is concerned Asda will not go far enough, quickly enough to protect its workers during the cost-of-living crisis.

“Supermarket’s workforces have done so much to keep Britain running – not just during the pandemic, when they went above and beyond – but each and every day.

“These key workers are vital to our everyday economy, and we must make sure they’re properly valued and get the recognition and respect they deserve.”

“GMB members work hard to keep Asda stores and depots running. What they are asking for is remarkably simple and something that every worker should have; to be paid correctly and on time for the hours they have worked.

“These are recurring problems at Asda and Asda understands they have a huge issue to resolve here.

“We are working with them to get this resolved for our members and hope to see concrete actions soon.

“It cannot be right that workers are having universal credit stopped or turning to pay day lenders because their employer can’t pay them properly.