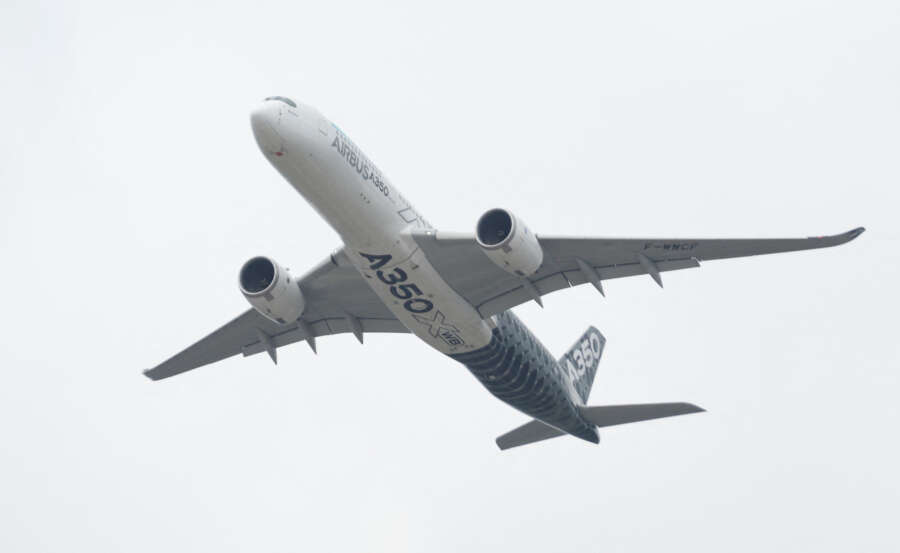 FILE PHOTO: A Airbus A350 aircraft during a display at the Farnborough International Airshow, in Farnborough, Britain, July 20, 2022. REUTERS/Peter Cziborra
Headlines

“We will continue to support civil aviation growth and deepen our industrial footprint in India,” Faury said on Twitter alongside a photograph of his meeting with India’s Prime Minister Narendra Modi.

He did not provide further details.

Faury’s comments on industrial presence come as India is increasingly involved in the civil supply chain.

A senior Boeing Co official told ET Infra in September that India had shown resilience during the pandemic and that Boeing and other companies would make increased use of its suppliers.

The meeting between the world’s largest civil planemaker and the leader of the world’s fastest growing airline market also coincides with a potentially huge Air India jet purchase, though industry sources said this was not the main focus of the visit.

Air India is in the advanced stages of negotiating a major fleet renewal and expansion under new owner Tata Group that industry sources say could involve 250 Airbus jets including 200-210 A320neo-family jets and over three dozen A350s.

Airbus also hopes to secure a new home at Air India for six A350s originally earmarked for Russia’s Aeroflot, though it remains unclear whether these are included in the main order.

Air India is also close to a deal to buy some 190 Boeing 737 MAX jets and 30 of its 787 Dreamliners as part of the same package potentially close to 500 aircraft, Reuters reported last week. The deal could also involve a handful of larger 777X jets.

After intense talks in the past week, outlines of a package worth tens of billions of dollars are taking shape but the timing of any announcement remains unclear, the sources said.

Big-ticket aircraft negotiations typically go down to the wire and can break down at the last minute over contractual details like deposits and inflation clauses, they cautioned.

In October, Tata Group and Airbus said they would make the C-295 military transport aircraft in India.

India, among the world’s largest defence importers, has been trying to cut its reliance on foreign firms and increase local output. Only state-owned Hindustan Aeronautics Ltd currently makes aircraft, mainly for the armed forces.