Home Finance Analysis-Reflation rethink sends bond markets into a spin
Our website publishes news, press releases, opinion and advertorials on various financial organizations, products and services which are commissioned from various Companies, Organizations, PR agencies, Bloggers etc. These commissioned articles are commercial in nature. This is not to be considered as financial advice and should be considered only for information purposes. It does not reflect the views or opinion of our website and is not to be considered an endorsement or a recommendation. We cannot guarantee the accuracy or applicability of any information provided with respect to your individual or personal circumstances. Please seek Professional advice from a qualified professional before making any financial decisions. We link to various third-party websites, affiliate sales networks, and to our advertising partners websites. When you view or click on certain links available on our articles, our partners may compensate us for displaying the content to you or make a purchase or fill a form. This will not incur any additional charges to you. To make things simpler for you to identity or distinguish advertised or sponsored articles or links, you may consider all articles or links hosted on our site as a commercial article placement. We will not be responsible for any loss you may suffer as a result of any omission or inaccuracy on the website.
Finance 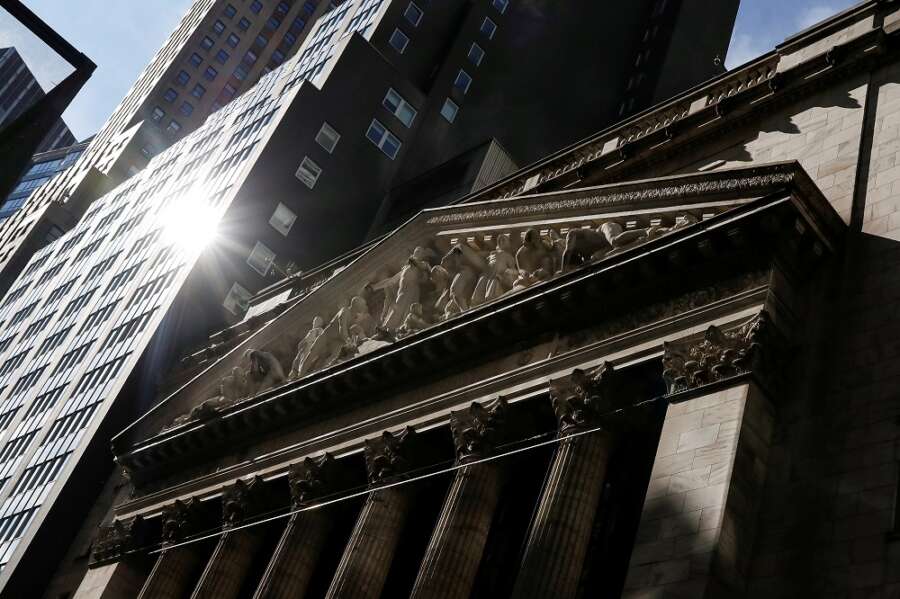 LONDON (Reuters) – An economy powering back from the COVID-19 shock and resurgent inflation is yesterday’s story if the sharp rally in the world’s biggest bond markets in the last 24 hours is anything to go by.

Prices on U.S. 10-year Treasuries have shot up, pushing yields down 8 basis points on Tuesday in their second biggest daily drop of 2021. The rally accelerated on Wednesday, with yields falling to just below 1.3%, their lowest in over four months.

British gilt yields fell to a similar low while German Bund yields — which looked set to push above 0% in May — have dropped to -0.3%.

Various explanations have been proffered: a squeeze on investors who had bet on yields rising, softer-than-expected economic data and concern about COVID variants.

Push past the noise and the real message from sovereign bond markets — watched closely by policymakers and investors alike as a key indicator of economic trends — is clear: economic growth, while firmer, looks to have peaked, and any pick-up in inflation will likely prove transitory.

“Markets have gone from thinking that growth is strong and inflation could be strong to saying growth has peaked and inflation is transient,” said Guy Miller, chief market strategist at Zurich Insurance Group.

The turnaround in bond markets may not fit with the message from the U.S. Federal Reserve, which has just shifted to a hawkish bias and brought forward its trajectory for rate hikes.

But even with that shift, the Fed does not expect to start raising rates until 2023 and, like other major central banks, has stressed it will look past any short-term rise in price pressures.

“You have to change your view given the facts that you are faced with – economic growth is not solid, inflation is not about to surge,” said Pictet Wealth Management strategist Frederik Ducrozet.

The rush back into bonds comes as data reinforces the view that economic growth may have peaked.

Data on Tuesday showed U.S. service sector activity grew at a moderate pace in June, while a closely-watched gauge of German investor sentiment fell more than expected in July.

The bond rally would have inflicted losses on the multitude of traders with “short” Treasury positions – essentially a bet that yields would rise in line with a recovering economy – forcing many to liquidate those trades, pushing yields lower still.

(Graphic: Short positions in the US bond market, https://fingfx.thomsonreuters.com/gfx/mkt/oakvedjqbpr/USpositioning0707.PNG)

Plenty of investors, including the world’s biggest asset manager BlackRock, have been bearish on Treasuries. BlackRock reiterated its bearish bet on Wednesday. Yet yields have seen a steady 50 bps decline since March.

Explanations for that slide vary; some cite demand from Europe and Japan where central banks are resolutely dovish. Others point to the liquidity swirling around the U.S. financial system as the Treasury spends its cash balance and the Federal Reserve sucks up $120 billion of bonds each month.

But it may also be that despite the seemingly vibrant economic recovery, bond markets have had doubts on the outlook; yield declines are being led by “real” or inflation-adjusted borrowing costs, ING Bank analysts said in a note.

U.S. 10-year real yields have slumped to minus 1%, the lowest since February, while German real yields are at three-month lows.

It could be that the 1.77% U.S. 10-year nominal yield level touched in March will remain this year’s high as more of the “reflation” bets are forced to unwind, according to Mike Sewell, a portfolio manager at T.Rowe Price.

“There is still some potential for that trade to reengage but that is more a 3rd or 4th quarter potential. Right now the reflation trade is not dead but it’s certainly hibernating,” Sewell said.

Two other factors may be contributing to the nervousness.

First, China, the world’s number two economy, also this week released data showing services sector growth slowing to a 14-month low. That, some analysts believe, is a blueprint for how developed economies will fare.

Second, more countries — including China — are seeing a resurgence in COVID-19 caseloads and worries are growing about new, potentially more infectious variants.

The Delta variant, now dominant in many countries, including the United States, is more easily transmitted than earlier versions of the coronavirus.

“The muscle memory of markets is that governments will lock down again if they see cases rise, which means slower growth and that we are caught in a loop,” said Charles Diebel, head of fixed income at Mediolanum International Funds.

Indian billionaires face off in race to solar domination

Analysis: When do electric vehicles become cleaner than gasoline cars?

Two-thirds of people in the UK want banks...

Being Smarter About Carbon Counting to Attract Talent...

Why Executive Leaders need to Showcase the Importance...

Why contractors are paid late and what can...