Home Business Back to the 80s for UK SMEs
Business

Back to the 80s for UK SMEs 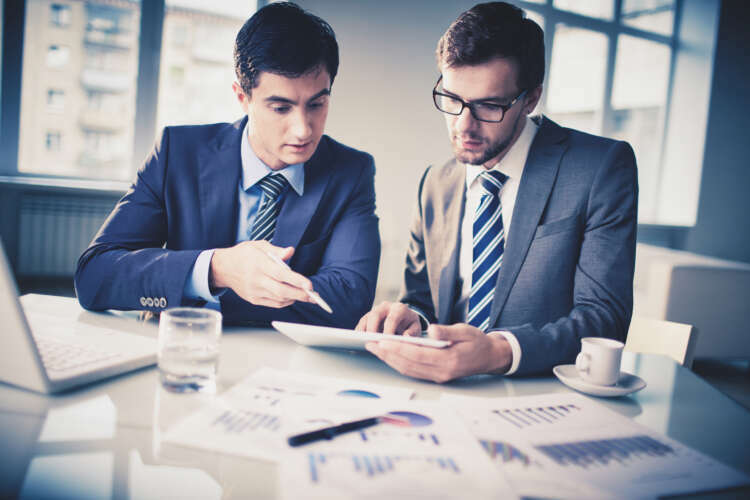 For a large swathe of the 2010s, the 1980s underwent something of a joyous revival in terms of its influence on music, culture and fashion. Unfortunately for the 2020s, it appears as if the worst aspects of the decade that gave us the Commodore 64, BMX bikes and the compact disc are now being resurrected in earnest.

Over recent months, not only has the threat of nuclear Armageddon loomed over us in a way rarely seen since the BBC’s seminal 1984 apocalyptic Cold War drama ‘Threads’, economic scourges such as burgeoning inflation – and counter measures such as rising interest rates – have heaved their destructive way into view.

Inflation is at its highest level since the ‘boom and bust’ days of the UK economy in the 80s and early 90s (the blip in 2011 notwithstanding). In the 12 months to April, prices rose 9% on average – the highest level for 40 years – with many commentators warning of a rate of over 10% before the end of the year. Of course, older readers may scoff and mutter about ‘snowflakes’ as they cite the – almost unimaginable – 1980 figure of nearly 18% but, nevertheless, such an environment will almost certainly be a whole new world for today’s SMEs.

Of course, the current inflationary pressure has been driven by goods rather than services, fuelled by Covid and subsequent widespread supply chain issues. During the pandemic we spent with aplomb – online shopping for games consoles, new TVs and things for the house that too often we just didn’t need. This huge uplift in demand then had a flipside with suppliers simply being unable to source the raw materials to produce the desired goods, thus pushing up prices.

For the services sector it has, of course, been a much different story with restaurants, pubs, salons etc only just beginning to get back on their feet (if they have survived). Regardless, add to all this the soaring cost of energy and oil, transport costs and the like, and you have a perilous situation which the volatility caused by the conflict in Ukraine has simply exacerbated.

One interesting point is that energy costs are also severely impacting consumers, so normally it should help to temper the discretionary spend that was so prevalent during the pandemic. However, other basic items such as food have been similarly affected by the supply chain crisis and, as these are included in the CPI figures, inflation levels are going nowhere.

So how else will this crisis impact your average SME? To counter inflation, the Bank of England announced its fourth consecutive interest rate rise for the first time in a quarter of a century with the base rate reaching 1%. Not only could this put pressure on personal finances such as mortgages, it will naturally impact an SME’s search for funding to fuel much needed growth.

On a more positive note, however,  lenders are still looking to lend, they will ‘just’ need even more assurances that the business is sound and you will be able to meet those repayments. Interestingly, much of the alternative lending market is not exposed to Bank of England base rates and will not need to pass on this rate increase, greatly improving their competitive positioning. And, of course, to put this all into perspective, the interest rate at the end of 1980 was 14%…

Obviously, wages will also need to rise to bridge the gaps. Although the annual growth rate for average total pay, including bonuses, increased to 5.4% in the three months to February, this is scant consolation. This will not only put employee pressure on SME owners to bolster wage packets but will have a knock-on effect on some sectors in particular. For example, as mentioned, there are high hopes that the battered hospitality sector will be able to bounce back post-Covid. However, with increased inflationary pressures, will we be able to afford to go out?

In terms of practical steps, our SME clients have started looking to re-establish inflation clauses in long-term contracts so they can renegotiate deals if inflation rises above a certain level. As we know, only a certain generation of business owner will have experience in this area. However, renegotiating anything also causes uncertainty within the whole system and, what’s more, we are still coming out of a pandemic and SMEs are just not confident enough in passing these additional costs onto customers. This will result in lower margins and less room for investment. Furthermore, SMEs in turn will also need to be fleet of foot with their own supply base if they are slow to react in terms of pricing.

But finally, on a more positive note, if you are a healthy business with a good pipeline then in terms of the mergers and acquisitions landscape there is no reason why things should slow down – there is still plenty of pent-up demand post pandemic which is likely to remain for some time.

Jim Shaw is Founder & CEO of Shaw & Co, a leading corporate finance advisory firm that helps business leaders and SME owners across the UK to buy, sell, or fund the growth of a business.

126% search increase for “how to recover from burnout” – Instant Offices tell us how we can tackle it!