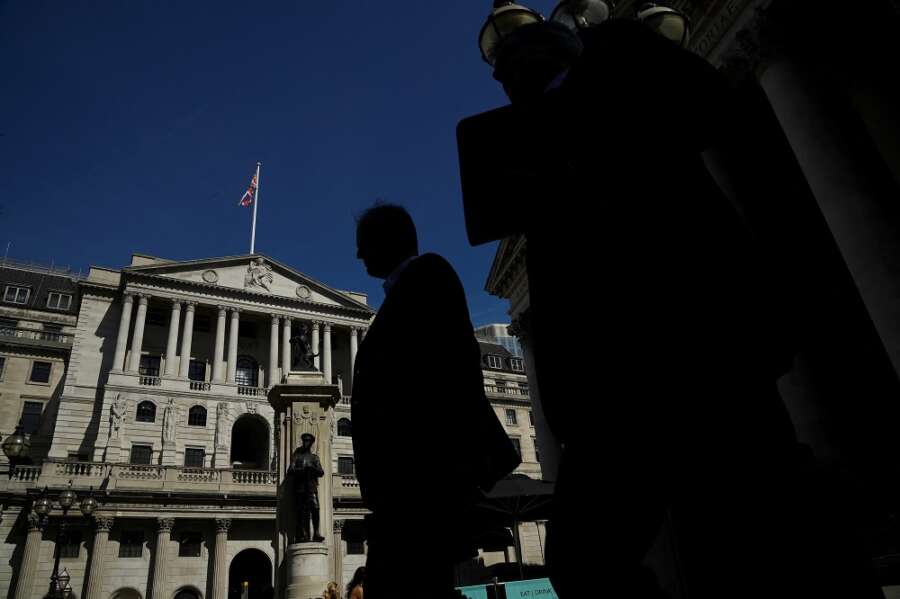 LONDON (Reuters) – The Bank of England set out plans on Thursday to auction off around 200 million pounds ($241 million) of corporate bonds a week from next month, as it moves ahead with its plans to unwind its huge stimulus push of recent years.

The BoE bought nearly 20 billion pounds of investment-grade bonds from non-financial companies under its quantitative easing programme to support the economy and stabilise financial markets after the 2016 Brexit referendum and in the COVID-19 pandemic.

The BoE’s Monetary Policy Committee announced in February that it had asked bank staff to design a programme of corporate bond sales that would be completed no earlier than around the end of 2023. The BoE said in May that it aimed to complete the sales by early 2024.

“The sales will be gradual and responsive to prevailing market conditions, consistent with the MPC’s instructions to limit disruption to the functioning of the sterling corporate bond market,” the BoE said on Thursday.

The sales from the BoE’s stockpile of corporate debt are separate to its plans to reduce its 844 billion pounds of government bond holdings by 80 billion pounds over the next year, with further reductions in subsequent years.

Under that plan, the BoE will continue to not reinvest maturing gilts and will sell around 40 billion pounds of gilts in the 12 months from September.

The BoE’s corporate bond holdings include sterling debt from companies such as Apple, EDF and Volkswagen.

Last year, after pressure from environmentalists, the BoE said it would use its holdings to nudge companies to cut greenhouse gas emissions faster.

The BoE said on Thursday it expected to hold a corporate bond auction each Tuesday and Wednesday from the week beginning Sept. 19. Companies will be able to apply to buy back their own bonds directly from the BoE from Oct. 17.

Each auction will focus on bonds from a particular business sector, and auctions will cease during quiet periods for the market, including Dec. 8 to Jan. 9.

The BoE will only auction off bonds maturing on or after April 6, 2024.

Excluding the debt which will mature before April 2024, it has bonds with a nominal value of around 13 billion pounds to sell. The 200 million-pound weekly sales target is in nominal terms.