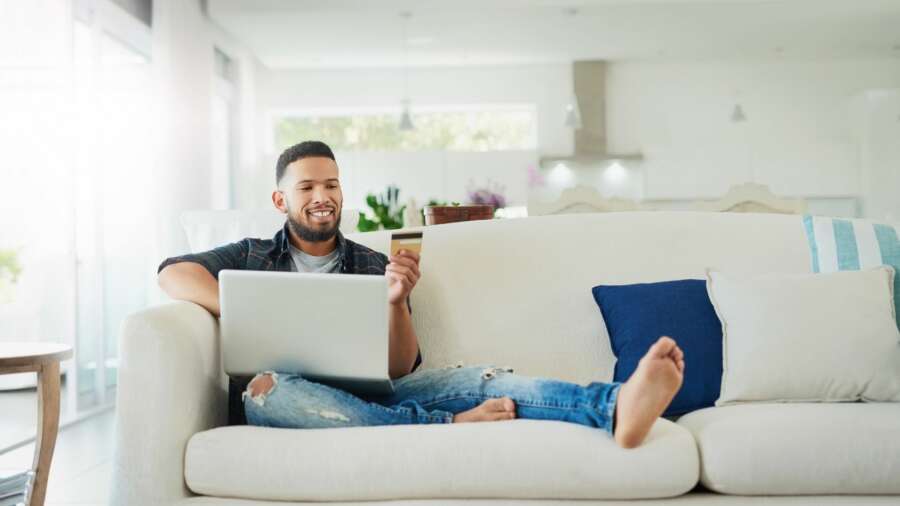 Reading (26%), binging on Netflix (26%) and listening to music (22%) are what the nation has been doing with the time saved on commuting in 2020, according to new research.
The study from online print manufacturer, instantprint, found that more than a quarter of UK adults (27%) have saved up to an hour a day since they’ve not been commuting due to Covid-19, and explores how Brits have been spending the extra free time they’ve gained since March.
Catching up on sleep (21%), household chores (21%), and cooking (20%) are also the high on the list of favoured hobbies and pastimes that have been enjoyed with the time gained from not commuting. 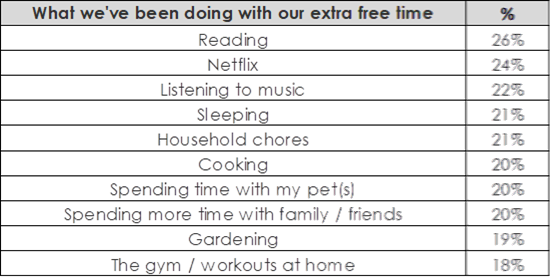 It seems that across the nation we’re truly trying to make the most of our newfound spare time, as just 3% of UK adults felt they have wasted the time they got back since they stopped commuting.
However, half (51%) of employees who are now working at home were found to be putting in additional hours since giving up their commute – around an hour more per day on average. Thirty-five per cent said they were working about the same number of hours, while 15% admitted they are working fewer hours than before.
If working from home continues into early 2021, based on the average daily commute in the UK being 59 minutes a day (both ways combined), UK employees will have saved an average 9 days and 2 hours over the space of a year by not commuting. instantprint were keen to discover what else we could have achieved in the extra time.
Whilst running didn’t quite make the top 10, sixteen per cent of UK adults have spent their extra time getting outdoors and racking up those miles. With the average time taken to run a marathon standing at 4 hours 21 minutes, you could squeeze in a total of 50.1 marathons in place of the time spent commuting.
For those who prefer to showcase their skills in the kitchen, 143.5 loaves of the lockdown staple, banana bread, could have been baked in the time saved by not commuting over the course of the year.
Other tasks that could, in theory, have been completed included: medium boiling 2,180 eggs, singing 78,489 verses of Happy Birthday, knitting 10.9 jumpers, playing 145.3 full games of Monopoly, flying the whole way around the world on a commercial flight 4.27 times, and reading the Hobbit almost 34 times.
As a quarter of the nation (24%) were found to be catching up on Netflix in their additional spare time, the research also highlighted just how many popular films and TV series could be watched.
All nine Star Wars films could be watched 16.4 times, all six Die Hard films in the franchise could be viewed 21.37 times, and all 24 Marvel movies could be watched 4.26 times in total.
Boasting 236 episodes, the Friends series could also be viewed 1.8 times; the whole of Schitt’s Creek 7.26 times; and the popular series, Normal People – Connell’s chain included – could be enjoyed a total of 38.35 times.

Jon Constantine-Smith, Head of instantprint, commented on the findings:
“Working from home, whether you love it or hate it, does come with its advantages, and gaining 9 days, 2 hours of extra free time over the course of the year would certainly fall into the positive pile.
“It’s fascinating to see how we’re making the use of those spare hours, and whilst we all have to put in the extra hours at work every now and again, it’s important not to spend every spare hour you have doing additional work.
“Practising self-care during this unusual time is essential, and whether that’s through treating yourself to an extra nap, getting stuck in to your favourite book, or even watching the whole of Normal People 38.35 times to ensure you’ve got in your fair share of Connell’s chain, taking the time to let yourself enjoy the things you love is crucial.”