Home Headlines Boeing expects MAX 7 to be certified before MAX 10 – executive
Our website publishes news, press releases, opinion and advertorials on various financial organizations, products and services which are commissioned from various Companies, Organizations, PR agencies, Bloggers etc. These commissioned articles are commercial in nature. This is not to be considered as financial advice and should be considered only for information purposes. It does not reflect the views or opinion of our website and is not to be considered an endorsement or a recommendation. We cannot guarantee the accuracy or applicability of any information provided with respect to your individual or personal circumstances. Please seek Professional advice from a qualified professional before making any financial decisions. We link to various third-party websites, affiliate sales networks, and to our advertising partners websites. When you view or click on certain links available on our articles, our partners may compensate us for displaying the content to you or make a purchase or fill a form. This will not incur any additional charges to you. To make things simpler for you to identity or distinguish advertised or sponsored articles or links, you may consider all articles or links hosted on our site as a commercial article placement. We will not be responsible for any loss you may suffer as a result of any omission or inaccuracy on the website.
Headlines

Boeing expects MAX 7 to be certified before MAX 10 – executive 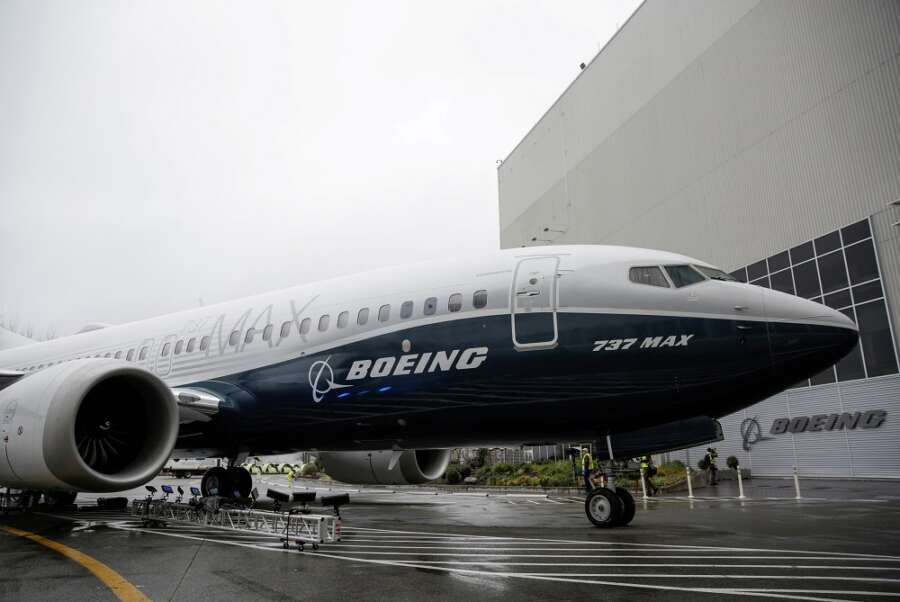 NEW DELHI (Reuters) -Boeing Co expects the 737 MAX 7 will be certified by the end of the year and the larger MAX 10 in the first half of 2023, a company executive said on Thursday.

The planemaker faces a year-end deadline from U.S. lawmakers for both or will need to meet new cockpit alerting requirements unless waived.

“The MAX 7, that’d be the first one to come in. The MAX 10 will be right behind that,” John Dyson, product marketing specialist at Boeing Commercial Airplanes, told reporters before providing more specific dates to Reuters after a briefing.

Major customer Ryanair Holdings PLC on Tuesday said that Boeing appeared to have accepted it would not be able to certify the MAX 10 by the year end, but it remained possible that U.S. lawmakers could give it more time.

Dyson said Boeing was in talks with lawmakers and regulators about extending the deadline to ensure that all planes in the MAX family would have the same crew alerting system.

The regulatory issues could force Boeing to cancel the MAX 10 if the deadline is not extended, Boeing Chief Executive Dave Calhoun said in July.

The 2022 deadline was mandated by Congress as part of broader regulatory reforms at the U.S. Federal Aviation Administration after fatal 737 MAX crashes in 2018 and 2019 killed 346 people.