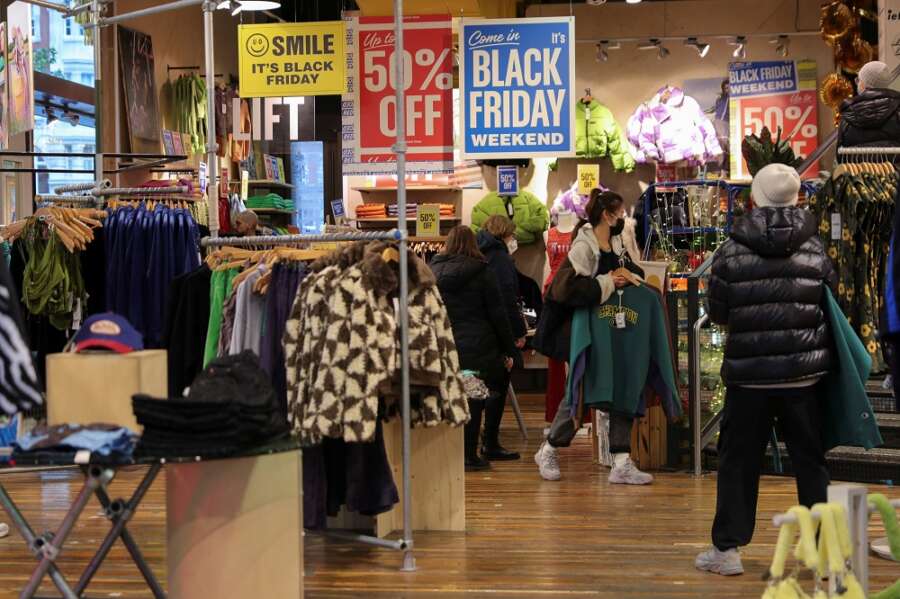 Barclaycard, which processes nearly 1 pound ($1.33) in every 3 pounds spent on credit and debit cards in the United Kingdom, said the volume of payment transactions as of 1300 GMT was up 4.2% compared to the same period in 2019 and up 23.3% on 2020, when non-essential stores were closed due to a COVID-19 lockdown.

“So far the data looks extremely promising and we should be set for one of the most successful Black Friday shopping sprees on record,” said Rob Cameron, CEO of Barclaycard Payments.

Black Friday, taking place against a backdrop of shortages of both products and drivers to deliver them, is particularly important for department store group John Lewis, consumer electricals retailers Currys and AO World and general merchandise retailer Argos, which is part of supermarket group Sainsbury’s.

While Tesco, Britain’s biggest retailer, and Asda are also participating, some major retailers, including Marks & Spencer and Next, shun the event.

On Thursday, UK retailers reported the strongest pre-Christmas demand since 2015 but also the biggest price rises since 1990, as fears of shortages led shoppers to buy gifts early, figures from the Confederation of British Industry showed.

On Tuesday, AO warned of limited supplies of games consoles, including Sony’s PlayStation and Microsoft’s Xbox, and Apple iphones, blaming the global shortage of semiconductor chips.

Currys, however, has said it is well stocked.

Delays in international supply chains are being compounded by labour shortages in domestic transport and warehousing networks, with a shortage of heavy goods vehicle (HGV) drivers particularly acute.

Amazon’s Black Friday was disrupted by climate activists targeting 15 depots across Europe and it also faced protests by workers and delivery drivers in Germany, France and Italy.

In the U.S. stores were less crowded than in years past as major retailers opened their doors early.

Atradius: Black Friday seeks to lure shoppers back to the high street