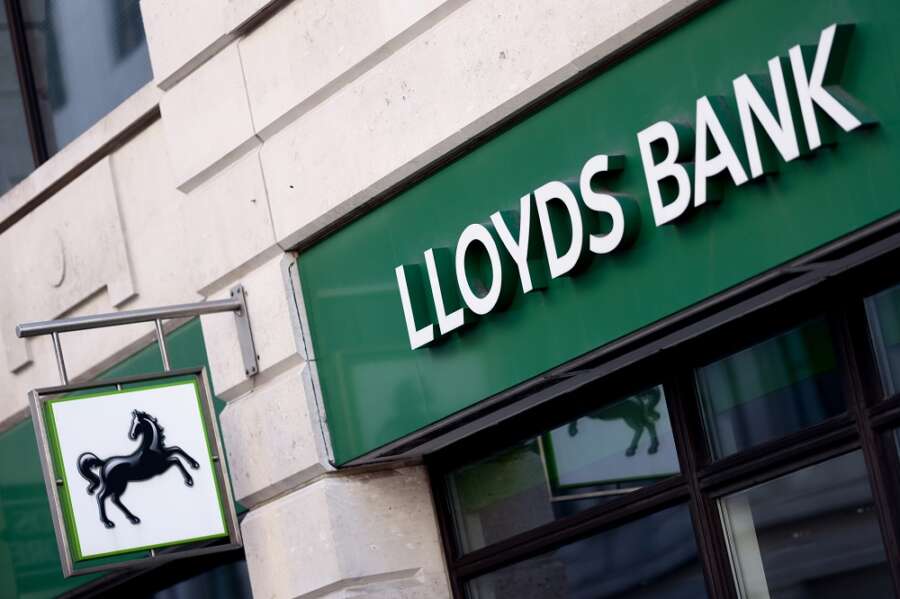 By Lawrence White and Iain Withers

LONDON (Reuters) -Lloyds Banking Group has been hit by more than 300 million pounds ($348 million) of suspected fraud linked to COVID-19 pandemic-era recovery loans for small businesses, the highest among big bank peers, according to government data.

British banks overall have classified some 1.1 billion pounds worth of the emergency lending scheme known as “bounce back” loans as fraud, the data published on Monday by Britain’s Department for Business, Energy and Industry (BEIS) showed.

Lloyds is the worst hit among big banks by net amount, and also saw a higher ratio of likely fraud with some 3.6% of its 8.5 billion pounds of bounce back loans categorised as under suspicion, according to a Reuters calculation from the data.

A Lloyds spokesperson said its rate of suspected fraud was lower than the 7.5% average estimated by the scheme’s adminstrator the British Business Bank.

“Where fraud has been identified, we have acted promptly and have already recovered the majority of these funds without calling on the guarantee and we will continue to attempt to do so even after a claim has been submitted,” the spokesperson added.

The other banks said the differing levels could partly reflect some lenders having more sophisticated fraud detection measures, as well as different thresholds for classifying a loan as suspect.

The levels of fraudulent loans at the lenders are not final and are subject to change. Under the scheme rules, the government is responsible for the fraud costs if banks can prove they administered the scheme correctly.

“These schemes were implemented at unprecedented speed to protect millions of jobs and businesses. If the government didn’t move quickly, more businesses would have failed and many more jobs lost,” a government spokesperson said.

Smaller online lenders were hit disproportionately hard by suspected fraud, with two classing as many as around one in four of their bounce back loans as potential scams.

London-based New Wave Capital Limited – which trades as Capital On Tap – and Isle of Man-based Conister Bank reported 27% and 24% respectively of their loans as suspected fraud, according to Reuters calculations from the government data.

New Wave Capital and Conister did not respond to an emailed request for comment.

The latest data on overall fraud levels, first reported by Reuters on Friday, hints at a potential headache for Britain’s ruling Conservative party and bank bosses alike over how the emergency lending scheme was rushed through in 2020.

A junior government minister, Theodore Agnew, resigned in protest at the handling of the scheme in January, saying efforts to stop fraudulent abuse on the loans was “woeful”.

The British Business Bank has said appropriate fraud checks were in place from the start, and lenders administering the scheme said overall fraud levels were low.