Home Business British SMEs are Using Flanders to Turn Brexit into a Business Opportunity
Our website publishes news, press releases, opinion and advertorials on various financial organizations, products and services which are commissioned from various Companies, Organizations, PR agencies, Bloggers etc. These commissioned articles are commercial in nature. This is not to be considered as financial advice and should be considered only for information purposes. It does not reflect the views or opinion of our website and is not to be considered an endorsement or a recommendation. We cannot guarantee the accuracy or applicability of any information provided with respect to your individual or personal circumstances. Please seek Professional advice from a qualified professional before making any financial decisions. We link to various third-party websites, affiliate sales networks, and to our advertising partners websites. When you view or click on certain links available on our articles, our partners may compensate us for displaying the content to you or make a purchase or fill a form. This will not incur any additional charges to you. To make things simpler for you to identity or distinguish advertised or sponsored articles or links, you may consider all articles or links hosted on our site as a commercial article placement. We will not be responsible for any loss you may suffer as a result of any omission or inaccuracy on the website.
Business 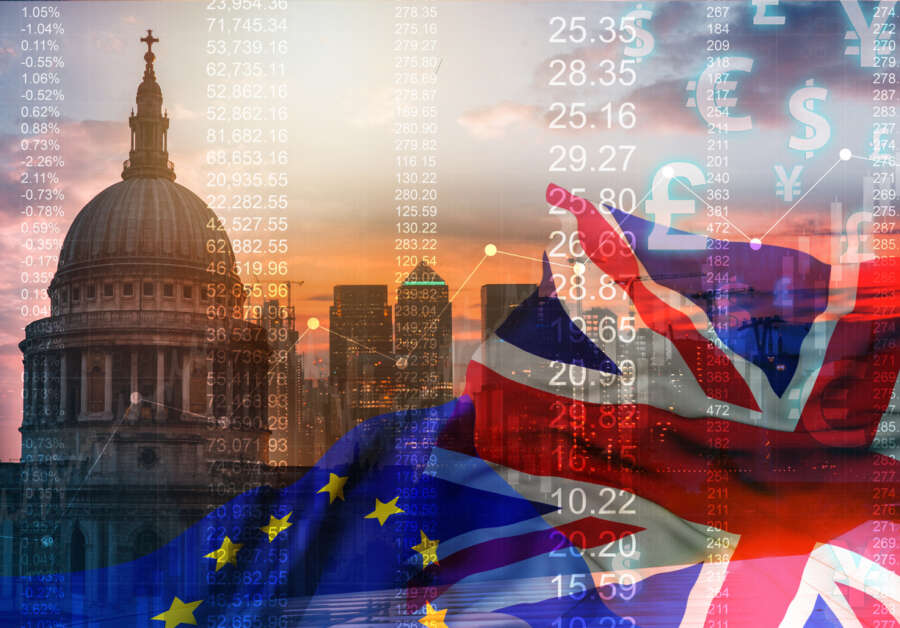 Investment figures released by Flanders Investment & Trade today show that, after a challenging start to 2021, many British companies are now using Brexit as an opportunity to safeguard and expand their businesses on the European continent .

A year on from Brexit becoming a reality, Flanders’ Minister-President Jan Jambon has today announced record investment figures from UK companies. Almost two-thirds of all British investments in Flanders and in the European continent, are linked to Brexit.

Flanders (the northern region of Belgium) has, over the last year, established itself as an important gateway to the European single market for UK businesses. Flanders Investment & Trade (the government body) report that Brexit was the deciding factor in crossing the Channel for no fewer than 30 of the 49 British companies that invested in the region in 2021. That is the highest number investments projects ever from the UK in a single year. The UK now takes second place in the list of top foreign investors in Flanders.

At the start of 2021, many British companies struggled with the new bureaucracies required by Brexit. One aspect most didn’t expect was the different ways that EU countries, and even customs officers within those countries, would interpret the rules. This led to uncertainty in delivery times and duties that acted as a barrier to EU customers doing business with the UK. Many decided that the most effective way of managing this was to establish a base in the EU. Flanders was chosen for its transport links, geographical advantages, comparable tax rates, compact network and proficiency with English.

One example is CVP, one of the largest independent resellers of production equipment for the Media and Entertainment sector in Europe. Jon Fry, Managing Director of CVP explains: “At the start of 2021 our business with the EU almost completely stopped. Delivery times had increased fourfold, our customers were having to pay VAT and duty rates were uncertain. Brexit forced us to re-evaluate our EU business operations. We explored many options but decided that the best way of managing the challenges was to set up a base in Flanders. It subsequently presented us with an exciting opportunity and the potential to expand our business. Flanders Investment & Trade has been a huge help””.

Since 2016, 95 foreign companies indicated that they decided to invest in Flanders to safeguard their business from the impact of Brexit. To date, these projects have generated 3,097 jobs in the region and represent a total investment value of EUR 2.21 billion.

Flanders’ Minister-President Jan Jambon shared the announcement based on analyses by Flanders Investment & Trade (FIT), the region’s government agency responsible for attracting and supporting foreign investors. Last year, international firms launched 295 new investment projects and announced the creation of 6,233 additional jobs in Flanders, both historically high figures. These record-setting results are respectively due to a sharp increase in the number of mergers & acquisitions and a hefty rise in the number of R&D jobs. In total, foreign companies channeled EUR 2.86 billion into their activities on Flanders’ soil.

5 striking trends
The following five trends stand out for 2021:

Astrid Geeraerts, Head of Investment at Flanders Investment & Trade and based at the Belgian Embassy in London, commented: “In 2021 Brexit became a reality just as we were also struggling with the pandemic. This initially disrupted business on both sides of the channel significantly. However, we are already beginning to see the British entrepreneurial spirit shine through, where the obstacles are seen as a challenge they can convert to an opportunity. I’m proud to say that many of these businesses chose Flanders as their EU base in which to expand their businesses. Flanders continues to be seen as a top investment location around the world.”

Jan Jambon (Minister-President of Flanders): “In 2021, the first year since Brexit took effect, Flanders immediately reaffirmed itself as a crucial gateway to the European market for UK-based businesses. Last year, nearly 2 out of 3 British investments in Flanders were Brexit-related. While we regret the UK’s departure from the EU, it is evident that our region offers some decisive advantages for companies looking to mitigate the negative impact of Brexit. Think, for instance, of our accessible ports, our logistics network and our strategic location in the middle of Europe’s main industrial and commercial centers. In addition, our innovative ecosystem for R&D has enormous appeal as well. Companies find in Flanders a versatile partner for international success, that much is certain.”