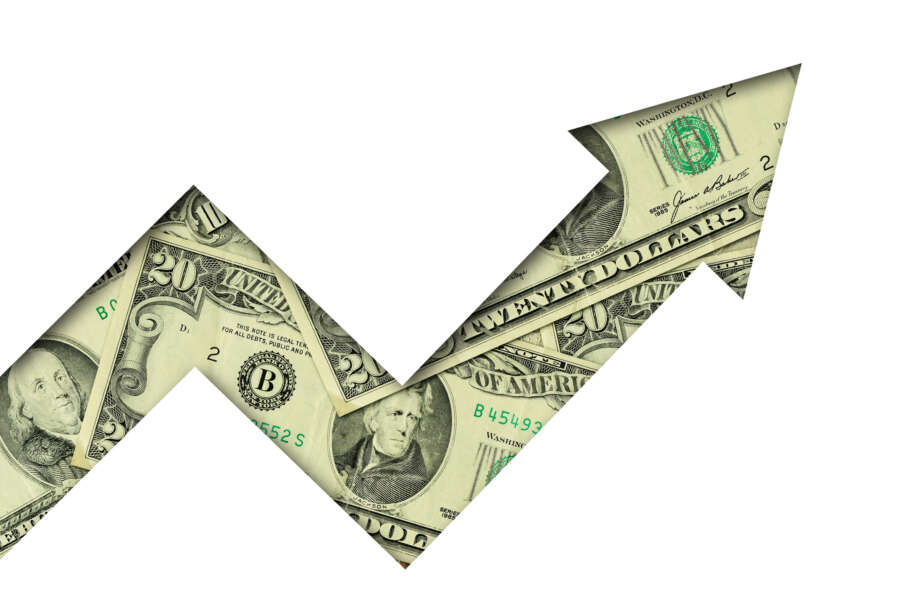 Salaries for white collar professionals will increase by as much as 25% in the first quarter of 2022, as companies bouncing back after the Omicron-slowdown fight to hold onto their best staff.

According to the findings from the Robert Walters 2022 UK Salary Guide, professional services firms are planning to increase their budget for pay raises by 10-15% this year – the largest increase seen since 2008 and almost 3x the inflation rate.

Whilst the biggest pay rises will be reserved for new starters – at least 5% of the increase in payroll budgets will be reserved for existing employees in 2022. These pay raises are expected to be for workers across all seniority levels – from entry-level workers and temporary staff right through to management level and executives.

This will come as a relief to professionals who have stayed with their employer throughout the pandemic, with over half (54%) of workers stating that they are expecting a pay rise this year following a two-year salary freeze.

In fact, two thirds stated that they will leave their job if they are not rewarded fairly, with 75% feeling ‘very confident’ about job opportunities in their sector this year.

In the past year wages for new starters grew by 6-8%, and for those professionals who moved into ‘hero industries’ such as technology or health care saw pay hikes as high as +15-20%.

“Wage increases above market value for in-demand hires was a recurring theme of the past year. As a result, we saw new starter salaries outstrip those of existing employees.

“The consequences of this will result in ‘wage compression’ – where existing employees feel their additional experience at the company (over new starters) is no longer valued or has not grown in value over the past two years.

“Looking at the year ahead we will see more companies raise the pay of their existing employees  to sit in line with new starter salaries.”

According to the 2022 UK Salary Guide, it is excellent compensation & benefits (65%), a desirable bonus scheme (53%), and job security (40%) which are the top three values of a post-pandemic professional.

In fact, flexi-hours (29%), remote working (22%), and holiday entitlement (20%) all rank much lower in importance for professionals – perhaps because over half of white-collar workers (53%) stated that they “wouldn’t bother” asking about flexi-working in a job interview in the coming year because they naturally assume “it is a given now.”

Gym discounts, company cars, and voucher schemes have all been traded in for the hope of “inspiring colleagues and company culture” – with over a third of workers (37%) stating this is an important factor in staying on or taking on a new role.

Over a third of businesses (39%) said they’re increasing pay to keep up with rising inflation, but recruiter Robert Walters warns that companies may find themselves in a ‘wage-price’ spiral in the coming year – whereby higher prices and rising pay feed into each other and accelerate even more.

Chris Poole adds: “Many companies decided on their 2022 raises a few months ago before we had a clear picture of how much rising wages for new hires, as well as inflation, would impact the labour market.

“There is little point in companies offering a pay rise as a morale booster if the impact of that increase isn’t really felt in the real world – and so we are increasingly seeing more companies consider the cost-of-living when determining the average pay rise an individual gets.

“Businesses will have to decide how much to raise their salaries to keep their employees, whilst also deciding how much to pass on those costs to their clients and consumers.”

Research: 75% Of Tasks In The Finance & Insurance Industry Can Be Performed Remotely