Home News Could technology be the answer to stopping another Grenfell?
News

Could technology be the answer to stopping another Grenfell?

IKU Technology has a   solution, which could prevent another cladding fire tragedy.

Bespoke Risk Solutions (BRS) has been appointed by IKU Technology, a company that has an external fire suppression system that can be retrofitted to buildings, to work with it and discuss the benefits of its system to the insurance sector, in not only the UK but also other parts of the world.

The news comes as the Grenfell inquiry continues to receive evidence on the tragic loss of 72 people who died because of the fire. The inquiry is expected to run into 2022, but the forensic analysis of how the high-rise homes were wrapped in combustible cladding has already started to produce devastating revelations. The bereaved families and survivors’ group summed it up in a letter to the housing secretary, Robert Jenrick: “We have witnessed shocking dereliction of care and professionalism … a total lack of empathy towards our loss and a focus on greed and profit at the expense of the wellbeing of residents.

” Peter Collins of BRS said: “Every effort must be made to prevent such a tragic incident occurring again in buildings which are wrapped with combustible cladding”. New to the UK, IKU Technology has an external fire suppression system that can be retrofitted to buildings, at an installation cost, which is less than the cost to strip and reclad a building.

Brian Robson, Technical Director of IKU, said their system could prevent the spread of the fire over any building, but it is designed more for high-rise buildings such as Grenfell. The issues around combustible cladding and improved fire prevention systems raises several issues for any organisation that owns buildings in the UK seeking to find insurance.

The system has been tested to NFPA 285* standard at the **Thomas Bell Wright International Dubai testing facility where it performed well beyond the standard. 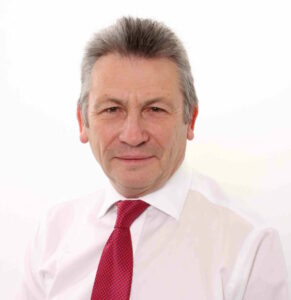 Under the Insurance Act 2015, if the property owner has buildings covered with combustible cladding, this is information that needs to be disclosed to insurers. This may well lead to an increase in premiums. Similarly, the use of advanced fire suppression systems such as IKU’s may help reduce premiums.

David Coupe of Birketts law firm said: “The Act updated and replaced the previous duties of policyholders to disclose risk information to insurers before entering into an insurance contract. It redefined the boundaries under the banner of the ‘duty of fair presentation’, effectively requiring policyholders to undertake a reasonable search of information available to them, and defining what such policyholders know, or ought to know. “In my opinion, the property-owning company (through its directors and officers) has a duty to disclose the existence of the combustible panels, and if they do not, then insurers could deny any future claims. Further, any failure to disclose could lead to personal actions against those directors or officers.

” Peter Collins added that BRS, as well as working with IKU, is working with PIB Insurance Brokers (PIB) which has engaged several leading insurers to establish their recognition and acceptance of the effective fire suppression provided by the IKU system.

PIB has also asked insurers for their feedback in potentially providing insurance cover and/or improved terms including, premium and deductibles for properties that have installed the IKU system.

Andrew Sinclair of PIB Insurance Brokers said: “A viable solution accepted by or even, driven by insurers in the UK is the right thing to do. They are a part of a society that is affected by this tragedy and should be a part of the solution so such a tragedy does not happen again. My own view is the UK insurance market almost has a moral obligation to take action and, by bringing this effective fire suppression system to their attention, PIB is giving insurers the opportunity to respond in a proactive way.

Peter Collins added: “BRS hopes such an integrated approach involving prevention and better insurance terms will help save lives and provide peace of mind to those who live in high-rise buildings.

Income Effect – Is It True?

Entering the Profession of Graphic Designer

Freelance Digital Marketing Jobs and How to Make...