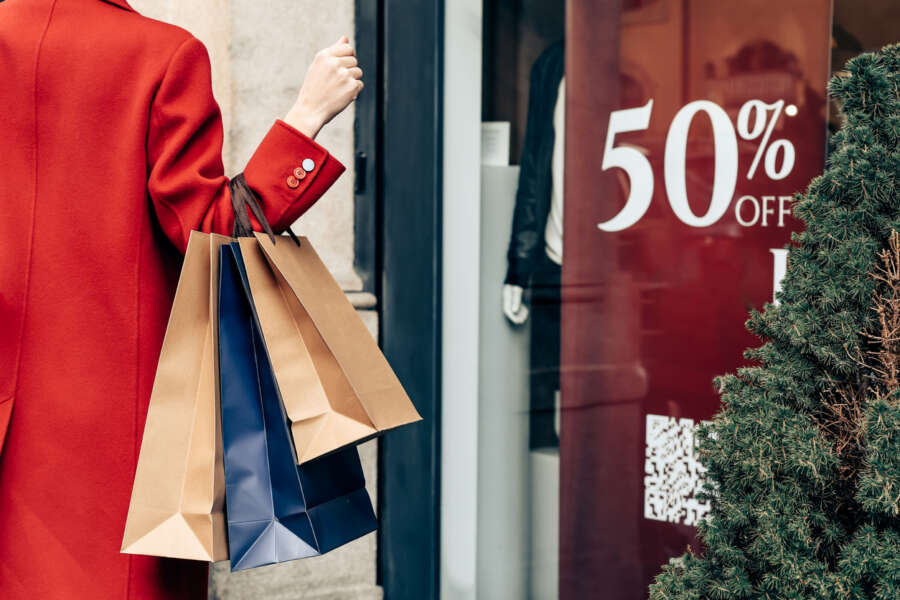 Retailers enjoyed better-than-expected trading in discretionary categories in the run up to Christmas, according to new data revealed by accountancy and business advisory firm BDO LLP.

However, the positive results come amid concern that sales growth continues to lag behind inflation, and heavy discounting required to generate these results will impact already thin margins and retailers’ profitability.

According to BDO’s High Street Sales Tracker (HSST), total like-for-like (LFL) sales, combined in-store and online, grew by +9.8% in December from a base of +21.4% for the equivalent month in 2021, extending the trend of positive LFL results to a total of 22 months. Total in-store LFLs jumped by an impressive +15.5%, a result of increased footfall ahead of the festive period.

Total non-store sales also rose by +5.0% from a base of +7.6% for the same month in 2021, when much of the country went into an unofficial lockdown towards Christmas, as COVID-19 case numbers increased rapidly.

Total LFLs climbed by +5.02% and +5.52% in the first two weeks of December over the same weeks in 2021, and in the third week by +9.54%. In the final week (the final day of which was Christmas Day) total LFLs soared by +26.40%, above an already strong base in December 2021. In the final week leading up to Christmas Day sales were boosted by strong in-store LFLs as the snow cleared.

The fashion sector drove much of the growth in discretionary spending, with total LFLs climbing by +16.0% from a base of 26.3% in December 2021. It was the highest performing category throughout December, which was the 22nd consecutive positive month for total LFLs.

The homewares sector recorded another month of disappointing results. Total LFLs fell by -4.5% in December from a base of +7.4% in 2021, representing the seventh negative monthly result this year. This continued poor performance highlights that consumers have significantly reduced their spending on big ticket items, influenced by the cost-of-living crisis.

“Although we have seen positive retail sales figures in December, these figures are still running significantly below inflation, which means sales volumes must still be down. We are also comparing to a period last year when many consumers went into an unofficial lockdown, so retailers may consider this an underwhelming performance, being the first festive season in three years not affected by COVID-19. It is clear that, the cost of living crisis continues to  weigh heavily on the appetite for non-essential spending.

“Reports in November highlighted that retailers were holding high levels of inventory going into the final month of the festive season, and an expectation therefore that retailers would be encouraging consumers to purchase through high levels of discounting. While this may have helped retailers to reduce stock holdings, it will come at a cost and undoubtedly have eaten into their margins and profitability. With high inflation on essentials, consumers are unsurprisingly focused on value and showing behaviours of trading down to make their purse travel further. Coming out of Christmas, retailers may struggle to wean their customers off discounts and return to healthier margins.

“Food inflation rose to 13.3% in December, higher than CPI, and the higher costs of food will only put further pressure on consumer discretionary spending. These factors and the wider economic landscape are contributing to a gloomy start to the year for retailers, despite the better-than-expected December trading results.”