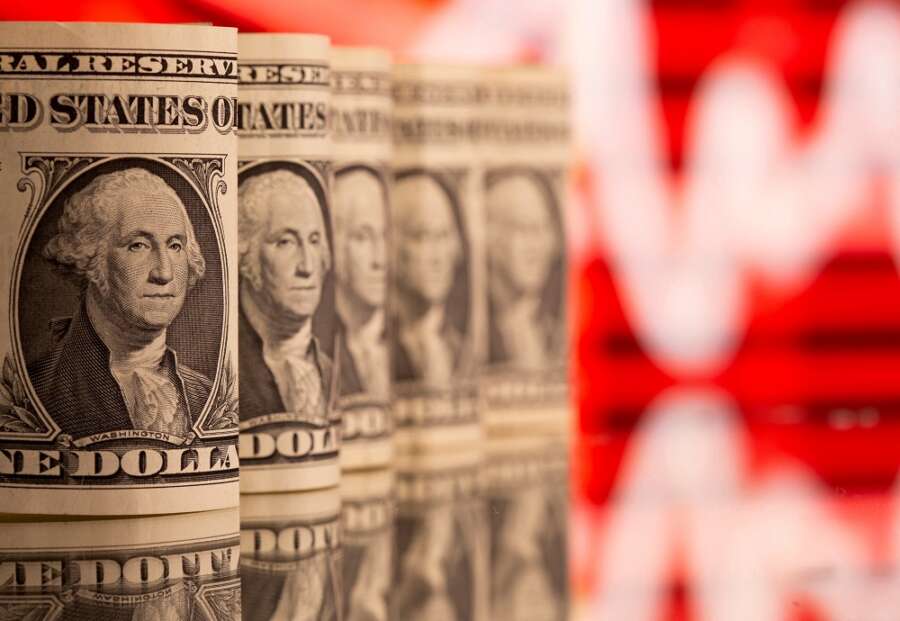 Dollar dips ahead of Powell speech

LONDON (Reuters) – The dollar dipped against other major currencies on Friday, ahead of U.S. Federal Reserve Chair Jerome Powell’s widely-anticipated speech at the Jackson Hole symposium.

Traders are looking for clues on the U.S. central bank’s tightening plans to combat rampant inflation when Powell speaks at 1400 GMT.

The dollar index – which tracks the greenback against six major currencies – has steadily gained over the past two weeks and is just shy of the two-decade peak of 109.29 it hit in mid-July.

After making small gains earlier in the session, it slipped a quarter of a percent on the day to 108.210.

“(Powell) is likely to focus on the short-term challenges and endeavour to leave no doubt about the Fed’s determination in the fight against inflation,” Esther Reichelt, a forex analyst at Commerzbank, said in a note.

“If he succeeds convincingly, he could support the dollar, at least in the short term.”

Fed officials have been noncommittal about the potential size of interest rate increases in their addresses at the symposium so far, but have maintained that they will drive rates up to keep inflation at bay.

The Fed is due to get two more key inflation reports and more jobs data before its scheduled Sept. 20-21 meeting.

In Europe, soaring energy prices stemming from Russia’s invasion of Ukraine have dimmed economic prospects and weighed on the euro and sterling, pushing them both more than 10% lower against the dollar this year.

Sterling was flat on the day at $1.18410, after earlier losing as much as 0.5%, as British regulators confirmed consumer energy bills would rise 80% and warned of a “crisis” needing urgent government action.

The euro gained 0.4% to $1.00120, nudging back above parity against the dollar after spending much of this week below the psychologically important level.