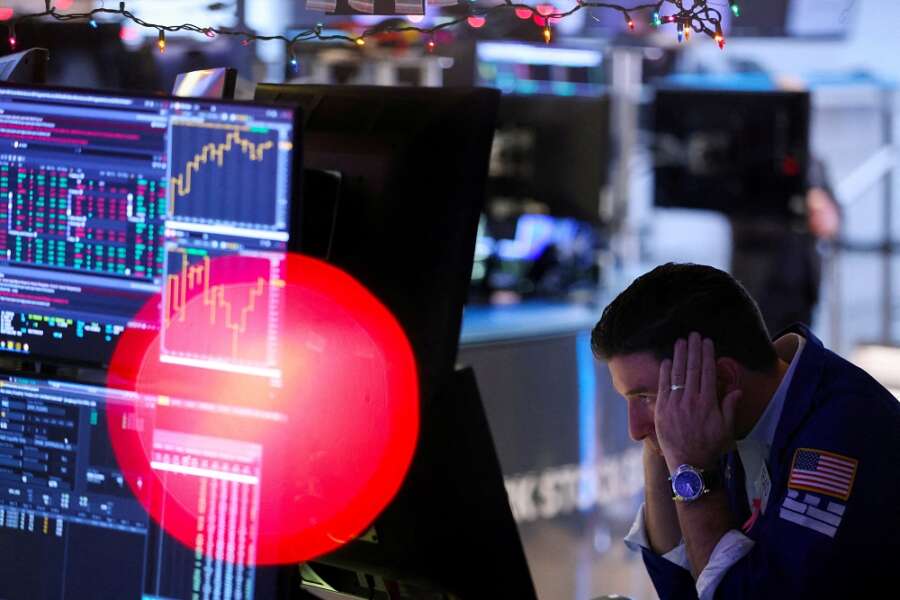 LONDON/NEW YORK (Reuters) -The dollar jumped on Tuesday as oil prices sank, while U.S. stocks bucked a global equities rally in a macro-packed week that could offer a steer on when and where U.S. interest rates might peak.

Losses in U.S. stocks were led by a 12.2% tumble in electric-vehicle maker Tesla after it missed Wall Street estimates for quarterly deliveries. IPhone maker Apple Inc dropped 3.7% to its lowest since June 2021 following a rating downgrade due to production cuts in China.

The U.S. dollar firmed ahead of Wednesday’s release of the minutes from the Federal Reserve’s last meeting, with expectations they will signal more policy tightening is in store.

“We expect the December FOMC minutes to shed additional light on Fed officials’ policy views for 2023. Note that at the meeting, the Committee signalled broad expectations for a substantially higher terminal rate this year,” analysts at TD Securities said in a note.

The euro was the worst-performing currency against the dollar, falling by the most since late September, after German regional inflation data showed consumer price pressures eased sharply in December, thanks in large part to government measures to contain natural gas bills for households and businesses.

Data on U.S. payrolls this week is expected to show the labour market remains tight, while EU consumer prices could show some slowdown in inflation as energy prices ease.

“Energy base effects will bring about a sizeable reduction in inflation in the major economies in 2023, but stickiness in core components, much of this stemming from tight labour markets, will prevent an early dovish policy ‘pivot’ by central banks,” analysts at NatWest Markets wrote in a note.

“The thing that makes me nervous about this year is that we still do not know the full impact of the very significant monetary tightening that’s taken place across the advanced world,” Berenberg Senior Economist Kallum Pickering said.

Central banks have expressed concern about rising wages, even as consumers have struggled to keep up with the soaring cost of living and companies are running out of room to protect their profitability by raising their own prices.

However, said Pickering, the labour market tends to lag the broader economy by some time, meaning there is a risk that central banks could be raising interest rates by more than the economy can withstand.

On the markets, European shares rose thanks to gains in classic defensive sectors, such as healthcare and food and beverages. Drugmakers Novo Nordisk, Astrazeneca and Roche were among the biggest positive weights on the STOXX 600, along with Nestle

Markets have for a while priced in an eventual U.S. easing, but they were badly wrong-footed by the Bank of Japan’s shock upward shift in its ceiling for bond yields.

The BOJ is now considering raising its inflation forecasts in January to show price growth close to its 2% target in fiscal 2023 and 2024, according to the Nikkei.

Such a move at its next policy meeting on Jan. 17-18 would only add to speculation of an end to ultra-loose policy, which has essentially acted as a floor for bond yields globally.

The policy shift has boosted the yen across the board, with the dollar losing 5% in December and the euro 2.3%.

Oil succumbed to the strength of the dollar, and concern about demand in China, the world’s second-largest economy, added to the downward momentum.

A batch of surveys has shown China’s factory activity shrank at the sharpest pace in nearly three years as COVID infections swept through production lines.

“China is entering the most dangerous weeks of the pandemic,” warned analysts at Capital Economics. 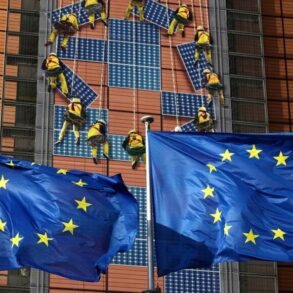