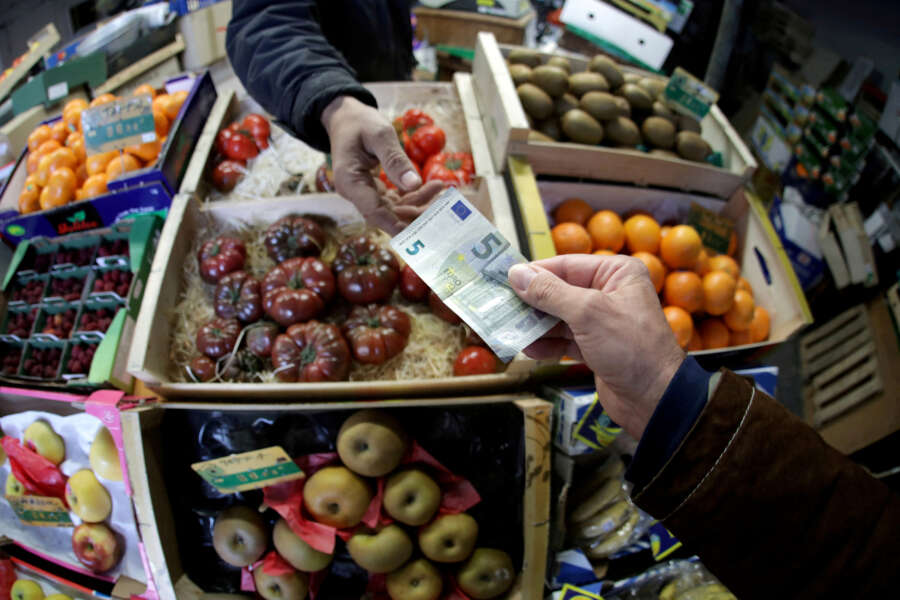 LONDON (Reuters) – Euro zone business activity contracted for a second month in August as demand sank, with customers wary of the deepening cost of living crisis and gloomy economic outlook curtailing their purchases, a survey showed.

S&P Global’s final composite Purchasing Managers’ Index (PMI), seen as a guide to economic health, fell to an 18-month low of 48.9 in August from July’s 49.9, below a preliminary 49.2 estimate. Anything below 50 indicates contraction.

“A second month of deteriorating business conditions in the euro area adds to the likelihood of GDP contracting in the third quarter,” said Chris Williamson, chief business economist at S&P Global.

“August saw output fall at an increased rate, with companies and households scaling back their expenditures amid the recent surge in inflation and growing uncertainty about the economic outlook.”

A PMI covering the bloc’s dominant service industry fell to 49.8 from 51.2, below the preliminary estimate of 50.2 and marking its first month below the breakeven level since March 2021.

Still, there was some relief from easing price pressures. While both the services input and output price indexes remained elevated they both fell, with the input index dropping to 72.5 from 74.7, its lowest reading since February.

Calls for an unprecedented 75 basis-point hike in interest rates from the European Central Bank on Thursday were finely balanced although a very slim majority of economists said they expected a smaller rise, a Reuters poll found. [ECILT/EU]