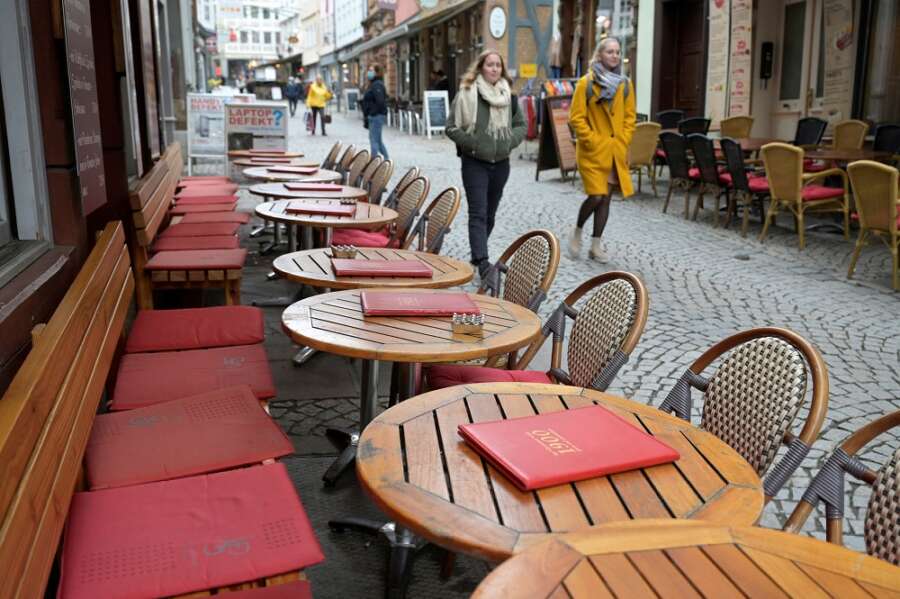 LONDON (Reuters) -The euro zone is likely entering a recession with business activity contracting at the fastest pace in nearly two years this month as the cost-of-living crisis keeps consumers cautious and saps demand, a survey showed on Monday.

Factories have been particularly hard hit by energy price rises and due to supply chains still recovering from the coronavirus pandemic taking a hit from Russia’s invasion of Ukraine.

S&P Global’s euro zone flash composite Purchasing Managers’ Index (PMI), seen as a good guide to overall economic health, fell to 47.1 from 48.1 in September, below expectations for 47.5 in a Reuters poll.

October was the fourth month below the 50 mark separating growth from contraction and was the lowest reading since November 2020.

“The flash PMIs for October provide yet more evidence that the euro zone is sliding into quite a deep recession but that inflationary pressures remain intense,” said Andrew Kenningham at Capital Economics.

“The limited country breakdown available so far shows that Germany is in much deeper trouble than France.”

High energy costs meant the downturn in the German economy, Europe’s largest, deepened in October and the rate of manufacturing contraction was at its fastest in two-and-a-half years.

In Britain, outside the European Union, businesses suffered their worst month since January 2021 when they were under a COVID-19 lockdown as the country’s political upheavals compounded concerns about inflation and rising interest rates.

Rishi Sunak looks set to replace Liz Truss and become Britain’s third prime minister in less than two months after his rival Boris Johnson quit the race following one of the most turbulent periods in British political history.

To try and combat inflation running at nearly five times its target, the European Central Bank has begun raising interest rates and is expected to do so by another 75 basis points on Thursday, depleting the spending power of indebted consumers.

A PMI covering the bloc’s dominant services industry dropped to 48.2 from September’s 48.8, in line with the Reuters poll but the lowest point in 20 months.

Suggesting inflation won’t fall significantly anytime soon, both the services input and output prices indexes were close to record highs, with the gauge for input prices in particular nudging up to 77.5 from 77.4.

The manufacturing PMI fell to 46.6 from 48.4, its lowest since May 2020 and below all forecasts in the Reuters poll. An index measuring output, which feeds into the composite PMI, sank deeper into contraction territory.

With no end in sight to Russia’s war in Ukraine, optimism about the year ahead among factory purchasing managers crumbled further. The future output index fell to 44.8 from 45.3, its lowest since May 2020 – when the COVID-19 pandemic was tightening its grip on the world.