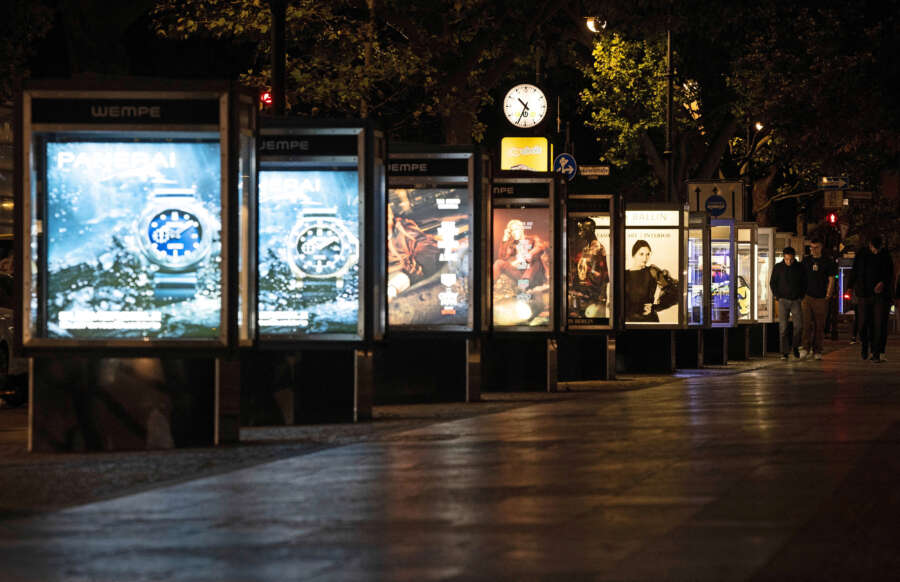 BERLIN/AMSTERDAM/MILAN (Reuters) -Europeans snapped up smartphones, Christmas decorations, sweaters and jewellery during a surge in shopping over the Black Friday weekend, though prospects for the festive season remained gloomy, retailers said.

A survey of 400 businesses by Germany’s HDE retailers’ association showed just over half of merchants said they were still dissatisfied with sales last week, versus some 30% who were satisfied.

Retailers across Europe fear the overall Christmas trading season could be the worst in at least a decade as shoppers cut back, hit by double-digit inflation and soaring energy bills.

However, early indications suggest Black Friday has provided some relief.

“Business clearly picked up at the weekend,” HDE’s General Manager Stefan Genth said in a statement.

In the Netherlands, data from credit card transactions and online shops showed strong year-on-year growth for the Black Friday week, though Dutch price inflation of 15% played a role.

Data from International Card Services showed transaction numbers in Holland up 12% and spending up 30% for the week.

Large purchases such as electronics and furniture were rare. Spending was highest at department stores, for shoes and clothing and for food and drinks, ICS said.

Giulio Felloni, chairman of Federazione Moda Italia Confcommercio, a trade body for Italian fashion retailers, told Reuters that sales across the sector were down by 10-15% compared to last year.

“Black Friday has lost some of its meaning for fashion retailers as it’s no longer on a single day but spread out over a week or even a month. It still works for domestic appliances, electronics, online sales,” Felloni said.

In contrast, Gabriel Meghnagi of the Milan section of Italian retailers’ association Confcommercio said sales over the past weekend were up by “more than 10%” year-on-year, with shoppers spending on average 150-160 euros each, rising to more than 200 euros for clothing.

HDE expects German retail sales to total more than 120 billion euros ($125 billion) in November and December, down 4% in real terms from the year-earlier period.

Only 20% of respondents to the HDE survey said they were optimistic about sales between now and the end of the year.

“The Christmas business is marked by the energy crisis. Retailers are feeling the uncertainty of consumers,” Genth said, with inner-city retailers still feeling the impact of COVID-19.

In Britain, the volume of payments made on Cyber Monday was up 5.0% compared to the same day in 2021, data from Barclaycard Payments showed.

Barclaycard Payments, which says it processes nearly 1 pound ($1.20) of every 3 pounds spent on credit and debit cards in the UK, said Black Friday payment transactions were up 3.59% year-on-year.

Black Friday shopper numbers across Britain rose 9.3% year-on-year, according to data from researcher Springboard, but was still down 17.5% versus 2019. It said footfall on Saturday and Sunday was up 14.8% and 8.5% year-on-year respectively.

Separately on Monday, the Confederation of British Industry (CBI) said retail sales slid in November and stores are braced for a difficult December as the cost-of-living crisis chips away at consumers’ spending power.