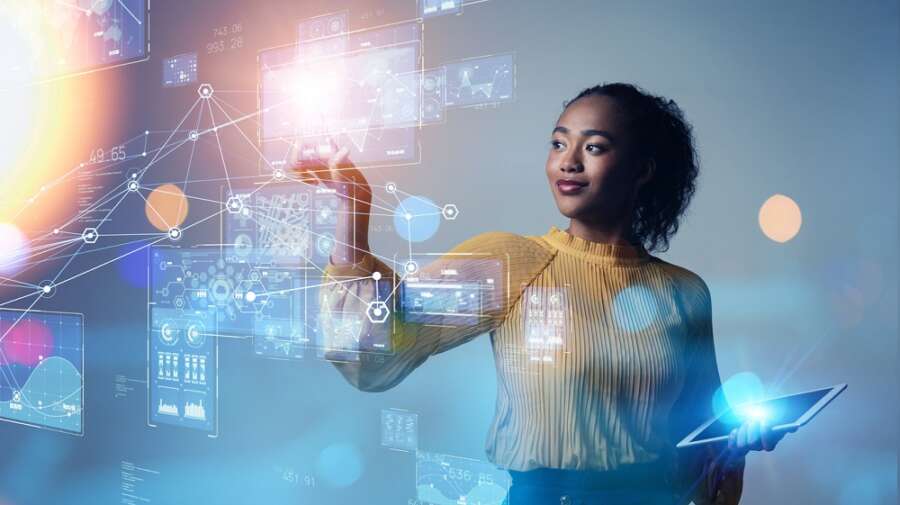 April 2022: The UK is falling behind the rest of the world for the number of women in STEM careers, placing 31st out of 69 countries, shares female-led, retail technology start-up Slip. However, this number is increasing and over the past six months, online searches for women working in science, tech, engineering and math sectors have increased by 223%.

The International Labour Organisation conducted global research to reveal that in the United Kingdom, only two-fifths (40.1%) of STEM workers are women which is over 10% behind the top countries: Georgia (55.6%), Mongolia (52.6%) and Kiribati (51.7%). The countries in the greatest need of improving the women in STEM are Niger (9.8%), United Arab Emirates (15.4%) and Pakistan (18.9%). The full list can be found in appendix A.

As a female-led startup, Slip aims to break this cycle by prioritising diverse STEM hires and engaging with young women. When recruiting for tech roles only 10% of applications were women. With a mission to hire more women in STEM, the Co-founders approached female engineers about prospective job opportunities. Interestingly, the female Co-founder Tash Grossman had a 60% response rate while the male Co-founder Eddy Herman had no responses. This suggests the power of female-to-female communication, with candidates also sharing their desire to want to work in female-founded tech companies.

With only 5% of leadership positions in tech being held by women, there is a lack of role models for females aspiring to enter and develop in STEM careers. When interviewing a woman for an internship at Slip, the candidate shared that none of the lectures by tech entrepreneurs were by women. This suggests a lack of representation could be a contributing factor to the shortage of women in STEM careers.

Tash Grossman, Co-founder and CEO of Slip said: “As a female founder of a tech start-up I’m passionate about encouraging more women into STEM subjects and careers. The best way to promote more women in tech is within the education system and to provide students with female role models. The current education systems allow women to feel that tech is an inaccessible industry for them to thrive in – we need to change this narrative and encourage female empowerment in this space.”

Slip is a retailer agnostic mobile app that allows customers to receive digital receipts leveraging QR code technology. The app also enables users to view and manage their omnichannel spending and receive exclusive discount offers and personalised content based on buying habits. For retailers, it provides powerful data and insights into consumer trends at the product level. With sustainability at its core, the company aims to eliminate harmful non-recyclable receipts. Slip was voted Retail Week’s Startup of The Year for Data & Insight and runner-up in Retail Week’s Startup of the Year in 2021.

Softcat awarded a place on the Scottish Government...

The metaverse needs a holistic approach to cybersecurity

The Growing Power of Influencer  Marketing on Twitch

Could AI-Generated Inventions Soon be Patented in the...