Home Business Fight like a girl: female entrepreneurs were hit harder by the pandemic, here’s what they’re doing about it
Our website publishes news, press releases, opinion and advertorials on various financial organizations, products and services which are commissioned from various Companies, Organizations, PR agencies, Bloggers etc. These commissioned articles are commercial in nature. This is not to be considered as financial advice and should be considered only for information purposes. It does not reflect the views or opinion of our website and is not to be considered an endorsement or a recommendation. We cannot guarantee the accuracy or applicability of any information provided with respect to your individual or personal circumstances. Please seek Professional advice from a qualified professional before making any financial decisions. We link to various third-party websites, affiliate sales networks, and to our advertising partners websites. When you view or click on certain links available on our articles, our partners may compensate us for displaying the content to you or make a purchase or fill a form. This will not incur any additional charges to you. To make things simpler for you to identity or distinguish advertised or sponsored articles or links, you may consider all articles or links hosted on our site as a commercial article placement. We will not be responsible for any loss you may suffer as a result of any omission or inaccuracy on the website.
Business

Fight like a girl: female entrepreneurs were hit harder by the pandemic, here’s what they’re doing about it 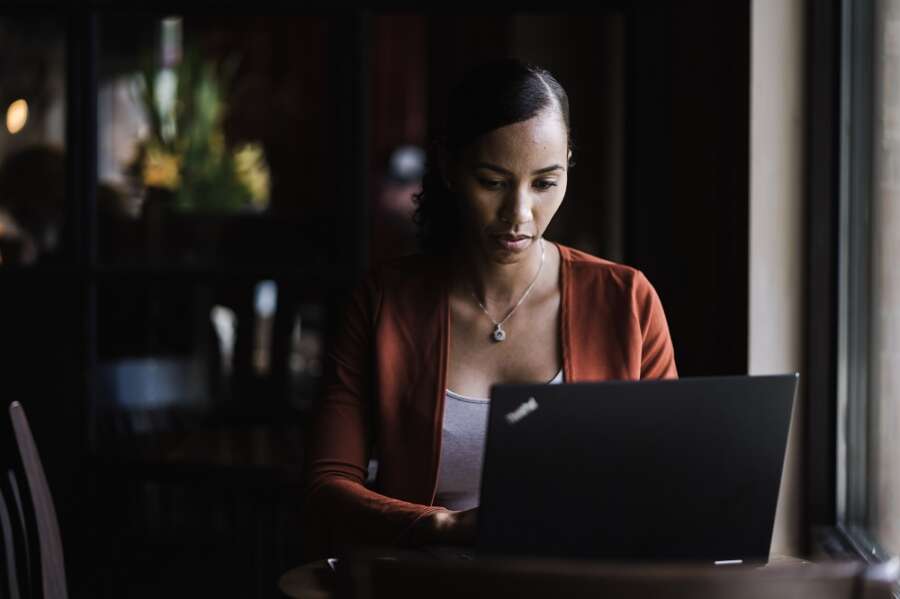 It’s been well documented that Covid-19 has disproportionately affected women’s careers. Data shows that during the pandemic, women were more likely to be furloughed, have spent significantly less time working from home, and have spent more time on unpaid childcare and housework. But what about the state of female entrepreneurship?

But that’s not to say that female entrepreneurs are throwing in the towel, they’re just fighting harder than ever before.

“Entrepreneurial women have quite a lot of grit, determination, and tenacity, potentially more than their average male peer,” says Lauren Lewis, CEO and founder of Glassworks London, an independent fashion retailer. “Perhaps that makes us uniquely prepared for crisis management in situations like the COVID-19 pandemic.”

Pivot: the buzzword of the pandemic

Lewis is no stranger to crisis management herself. Having just opened a new flagship store in March 2020, the pandemic hit and retail took a battering; her company lost 100% of its revenue.

“We had no Instagram page, no website, we had nothing, and I really considered, should I furlough myself? Should I just take myself out of this? Is it too risky, in a zero revenue environment to launch an ecommerce business?” says Lewis.

With the help of one employee, to keep staff safe, she pivoted the brand online. To get their products up online, Lewis would sometimes model while her employee shot the photos, and every morning Lewis checked orders, picked up the items from her three stores, packed the items and posted them herself. Despite feeling like she had to start from the ground up again, Lewis managed to build a thriving online community of customers and start increasing her revenue again.

The right sector at the right time

With staff already kitted out with laptops, cellphones, and cloud based systems, Bedford’s business was easily able to transition to remote working.

“We’ve seen our team become highly productive since they’ve been working from home. Our productivity and our yield are ahead. We look at our gross profit equivalent as one of our KPIs and that has gone up significantly in the 12 months we’ve been remote based,” says Bedford.

However, Bedford is already trying to predict how the easing of lockdown might impact sales and productivity.

“The UK will probably have a slightly European summer where pretty much everybody goes on holiday. And if no one’s in the office, there is no work generating for us to deliver,” says Bedford. “The other thing I’m trying to model is the extent to which we’re going to have to forecast for a drop in productivity. Once we start returning to the office, commuting and meetings and catching up with colleagues will cause a natural drop in productivity.”

Because marketing spends are often the first thing to go in a crisis, the type of research Jane Hales’ company Sapio Research did prior to the pandemic — content and thought leadership research commissions to help PR and marketing agencies support a story — dried up completely.

“The kind of work we’re doing now is not so much for agencies, but for brands directly. We are doing market opportunity assessments and market reviews,” says Hales. “We did a survey recently that showed only a third of companies have not had a change to their customer base during the pandemic. Much like my own company, two thirds of businesses are dealing with a different customer base than a year ago. There’s a lot of learning that they need to catch up on that we now help with”.

Despite a rocky start with a third of their projects going on hold at the start of the pandemic, Hales’ company still managed to grow 20% in the past year.

So where do we go from here?

“A lot of our new brand work came through recommendation by our PR and marketing agency clients, because we’ve built up a relationship of trust and respect,” says Hales. “My advice is to generally be nice to people. There might not be an immediate return on favour, but it will come back eventually. It’s important to remember that there’s enough to go around, to keep having faith in people, and support each other through the pandemic and beyond.”

“As restrictions start to ease, what I’m telling myself, and what I’d tell other entrepreneurs, is to not rush forward too quickly,” says Bedford. “The situation with COVID is still a bit precarious. I think we could spend an awful lot of time, energy and money thinking about the future of work, but I think that’s almost impossible to predict. What my company is doing is taking things in bite sized chunks, planning three months at a time, and communicating that really clearly to our team. We’ll have a crack at working a certain way, we’ll see how it feels, and then we’ll review and tweak if need be.”

Lewis adds, “As a CEO, I think one of the most beneficial things that you can do to set yourself up for success is to have a community of like-minded peers, who have companies of a similar revenue level, and are aligned with similar growth ambitions. Entrepreneurs’ Organization has been amazing for this, facilitating peer-to-peer sharing of experiences and insights that allow you to draw from the expertise that only another entrepreneur would have. Throughout the pandemic, this was especially helpful as we shared knowledge and new information that we came across, and helped each other navigate through an uncertain time.”

Lauren Lewis, Jane Hales and Zoe Bedford are all members of the London chapter of Entrepreneurs’ Organization (EO), a global network of 14,000+ entrepreneurs all of whom operate businesses earning a minimum of US$1 million in annual revenue. Lauren Lewis is an EO Diversity Officer and Founder and CEO of Glassworks London; Jane Hales is the EO Accelerator Chair and Managing Partner of Sapio Research; and Zoe Bedford is an EO member and Chief Executive at ZPB Associates.

How to maintain culture in a remote working environment