Five rules of managing and leading people for best results 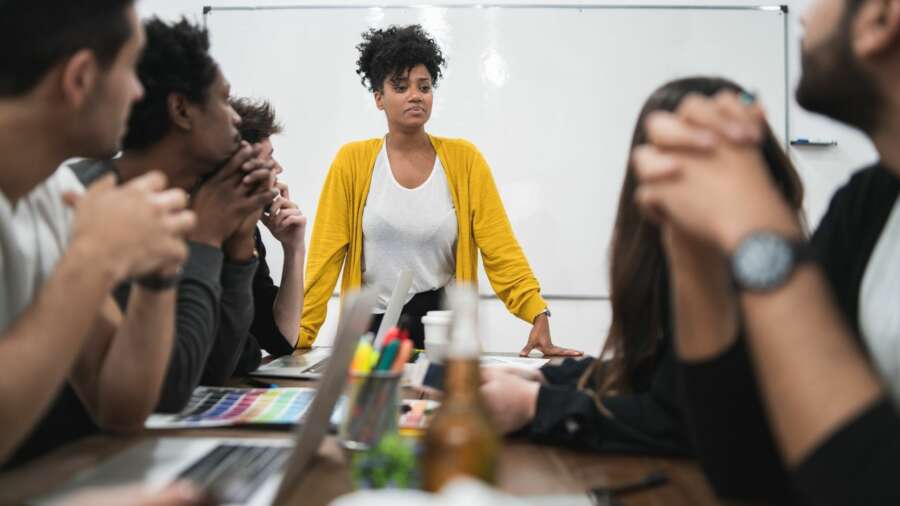 By Caroline Kenyon , founder and director of The Food Awards Company, a multi-time entrepreneur and an anti-food poverty campaigner.

Lead from the top leadership down.

I learned years ago the importance of setting a good, even the best example. I have worked for myself for 25 out of my 30 working years. During the five years as an employee, as a magazine editor, I was always in trouble with my boss for being a few minutes late each morning. I was the only journalist in the company and used to keeping later hours when you spent the first hour of the morning reading all the newspapers. It was a source of ongoing conflict between us. He had no problem with my work, just my timing. I only discovered a few months before I left that HE was always late and came up a hidden back staircase. When he challenged me, again, on my own tardiness, I said, I think the example should be set from the top, I understand YOU are often late. He flushed scarlet with embarrassment and never dared to raise the subject again.

When my father died, it was after a long and hard year with both my parents being ill. The day afterwards, I was at my desk. I knew he would expect me to be. It wasn’t that I was suppressing my sadness. It’s just it was the right thing to do, to get on with my work and show my team I was back in the saddle and there for them.

As a leader it’s really important you’ve done all the tasks that you are asking your employees to do. During my time as an editor, I met Charles, the man I was going to marry. He was in the Army then, commanding a regiment of 720 men and responsible not only for them but all their families, a community of around 2000 people. It was a world of which I knew nothing. I learned from Charles how critical it was to show that he would never ask anything of his men in the field of battle that he could or would not do himself. So as well as the huge responsibility of running the regiment and its wider community, he also worked out five days a week and ran every day. This made a great impression on me and when I started my own business, it was very much in mind.

I do probably verge on the workaholic and living in the countryside, I do not feel any great need for holidays. I love a long weekend away or a day at our beach hut on the coast, but I am not someone who is planning the next holiday as soon as I am back from the last. Which means I act as the anchor for the team, I am almost always there and working, which gives them a sense of my commitment. Of course, I am delighted for them to have holidays! But I know they work really hard in between.

Dress for business and behave with dignity

In the old pre-Covid days, when I and my team used to meet in person, even though my business is run from an office next to my house and the kitchen is known as the boardroom, I would always dress smartly, as if going to a meeting. I felt it not only set an example but got me in the right frame of mind and tells your team the working environment is business mode.

I never drink at all when we host events for work. I may hold a drink and pretend to sip it but I believes it’s really important as a leader to keep your work persona dignified and in control. I would expect my team to also remain in control in front of clients.

Be empathetic and forgiving

A boss who is a bully thinks they are making staff their staff work better but they are, in fact, doing the opposite, creating stress and anxiety, which means the brain can’t be creative and certainly people are not loyal to you because of their affection. I briefly worked at a major higher end tabloid in my mid 20s, it was a miserable time, and I remember once a notorious Fleet Street bully coming into my department to take charge of a big story. Everyone was terrified of him and I cannot begin to think that he generated better quality work or that anyone felt any loyalty to him. It was just a question of surviving without being shouted at or publicly humiliated.

It is only human to make mistakes. The important thing is to own up to it, apologise and rectify as far as possible. My team get really upset if they make a mistake, but they know they can tell me and we will work out together the best way how make matters come right.

Often, something going wrong at work is an indicator something is not quite right at home. I really encourage my team to share with me what is happening. Even if I can’t solve it for them, just sharing makes them feel better and then they can put it to the back of their mind while they are working.

I always recruit people on their character, not on their CV. I believe in using my intuition on someone even if that isn’t the norm in today’s data-driven world. One young member of staff applied for the big international corparate grad schemes when she graduated, some had up to 8 stages of tests and interviews. I have never interviewed anyone more than once, you can tell so quickly if someone has initiative, drive, intelligence and warmth.

Above all, trust your staff. They are adults and – if you have done your recruiting right – talented and capable. Let them get on with the task in hand and so long as it is delivered well and on time, they can do it in their own way. The great reward is seeing them grow in confidence and wide range of skills.

Mastering work-life balance: How Cloudera has evolved in 2020