Home Finance FOUR DAY WORKING WEEK COULD SAVE EMPLOYEES £160 IN COMMUTING COSTS
Our website publishes news, press releases, opinion and advertorials on various financial organizations, products and services which are commissioned from various Companies, Organizations, PR agencies, Bloggers etc. These commissioned articles are commercial in nature. This is not to be considered as financial advice and should be considered only for information purposes. It does not reflect the views or opinion of our website and is not to be considered an endorsement or a recommendation. We cannot guarantee the accuracy or applicability of any information provided with respect to your individual or personal circumstances. Please seek Professional advice from a qualified professional before making any financial decisions. We link to various third-party websites, affiliate sales networks, and to our advertising partners websites. When you view or click on certain links available on our articles, our partners may compensate us for displaying the content to you or make a purchase or fill a form. This will not incur any additional charges to you. To make things simpler for you to identity or distinguish advertised or sponsored articles or links, you may consider all articles or links hosted on our site as a commercial article placement. We will not be responsible for any loss you may suffer as a result of any omission or inaccuracy on the website.
Finance

FOUR DAY WORKING WEEK COULD SAVE EMPLOYEES £160 IN COMMUTING COSTS 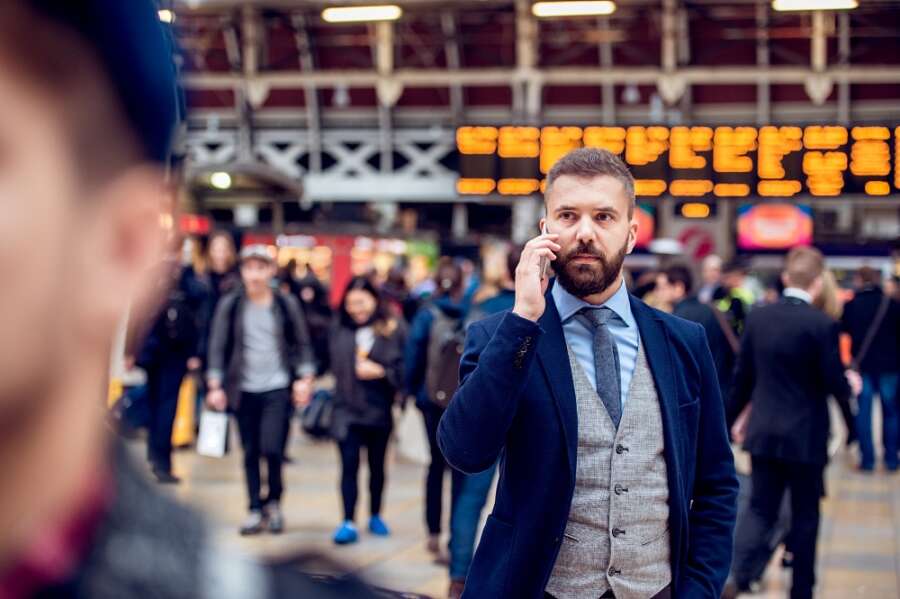 New research has found that a four-day working week could save employees over £160 a year in travel.

The figures from employment lawyers at Richard Nelson LLP show working a four-day week could reduce commuting costs from £796 to £636 a year, saving the UK employees over £160 a year.

According to the research, interest in a four-day working week has risen by 1,300% since last year, according to Google trends data, as trials run in both Iceland and Scotland.

With National Insurance contributions set to rise by 1.22% in April 2022, workers are looking to make savings on their monthly outgoings to accommodate the extra cost.

Currently, there are no government-led trails in the UK for a four-day week, but some companies around the country have begun the initiative themselves.

“Aside from the benefits to everyone’s wellbeing and work/life balance, which are immeasurable and far greater than I had assumed they would be, it’s definitely true that you become more efficient and productive when working within a four-day week. There are no meetings that could have been emails, and everyone works together as a team to get the job done.

“I would never have said that I was distracted or a procrastinator in my previous role, but there were certainly times where I was burned out and fed up and wasn’t giving it my all because I needed to rest and couldn’t. Here, even in the busiest periods you know that you’re only going to be hectic for four days a week instead of five, and you have an extra day off at the weekend to re-energise ready for the next week.”

Other businesses, such as Punch Creative in Leeds have reported their productivity to be at an all-time high and that employees are “happier, less stressed and more inspired than ever” due to the additional downtime they have.

“The trials in Iceland and Scotland have sparked interest across the rest of the UK, particularly as workers have reported a dramatic increase in their personal wellbeing. Businesses who have introduced the scheme have found they did not lose money and that productivity actually increased in some cases.

“Moving to a four-day working week has additional financial benefits for employees, with the opportunity to save money on commuting to the office and the additional costs this brings. This spending can be reinvested elsewhere, with an extra day over the weekend giving people time to visit the high street, or spend on their hobbies, DIY and gardening.”

The current Scottish trial involves a £10 million fund for companies trailing the four-day week, where hours can be taken as a few extra each day or accumulate over the month.

“Moving to a four-day working week without reducing pay has proven successful in trials across workplaces in Iceland, where pre-schools, offices and social service providers took part. For businesses, the initiative offers an opportunity to improve the wellbeing and productivity of staff, and for employees it provides financial benefits and the chance for a better work/life balance post-pandemic.

“With some businesses reporting a drop in absenteeism and improvements in client and employee satisfaction as a result of their four-day week, we are expecting to see a rise in firms rolling out this approach by the end of the year.”