Home News Fuel for thought — E-bike sales soar as many turn to peddle power to solve the petrol crisis
Our website publishes news, press releases, opinion and advertorials on various financial organizations, products and services which are commissioned from various Companies, Organizations, PR agencies, Bloggers etc. These commissioned articles are commercial in nature. This is not to be considered as financial advice and should be considered only for information purposes. It does not reflect the views or opinion of our website and is not to be considered an endorsement or a recommendation. We cannot guarantee the accuracy or applicability of any information provided with respect to your individual or personal circumstances. Please seek Professional advice from a qualified professional before making any financial decisions. We link to various third-party websites, affiliate sales networks, and to our advertising partners websites. When you view or click on certain links available on our articles, our partners may compensate us for displaying the content to you or make a purchase or fill a form. This will not incur any additional charges to you. To make things simpler for you to identity or distinguish advertised or sponsored articles or links, you may consider all articles or links hosted on our site as a commercial article placement. We will not be responsible for any loss you may suffer as a result of any omission or inaccuracy on the website.
News 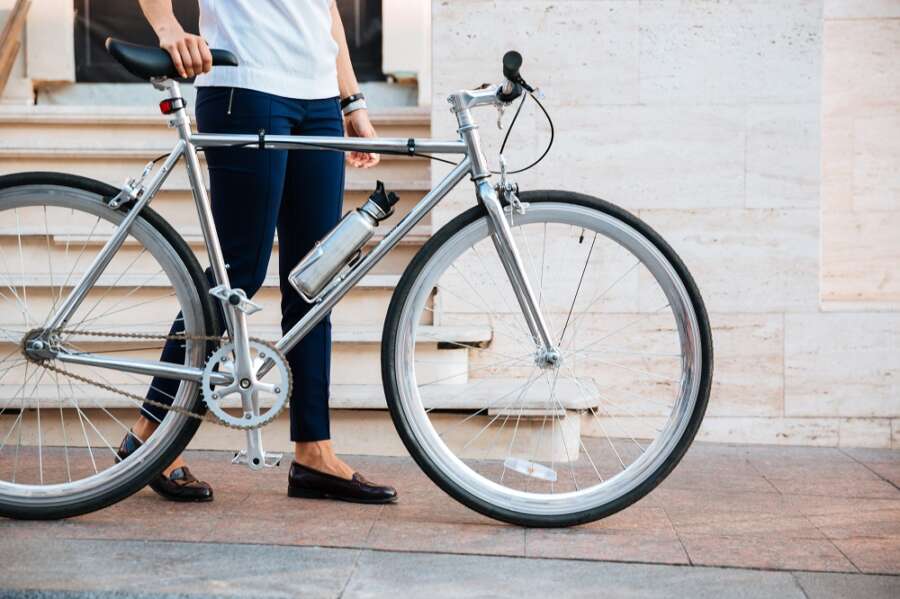 As the petrol crisis continues and the price of fuel rockets, more and more people are actively seeking alternative ways to get about. According to the UK’s largest online e-bike supplier, E-Bikes Direct, there has been a notable uplift in demand in the past week as consumers move to peddle and e-power to get about, opting to save their fuel for longer journeys and big shops.

Matt Flanagan, CEO at E-Bikes Direct says, “We have seen a 100% increase in enquiries and sales in the past week. The thought of having to join long queues and use what little fuel you have while waiting in line, has forced many to question the logic of doing so and prompted another big upswing in demand for electric bikes. Aside from the negative environmental impact of spending an hour or more idling in line, there’s the constant worry that you’ll run out of fuel before you reach the petrol station. Or worse still, be turned away with an empty tank when the pumps run dry. It’s easy to see why people are looking for realistic, reliable alternatives, and an e-bike is a much more accessible option for many than an electric car.”

For anyone looking to make a short journey or a regular commute to work, an e-bike can be the perfect solution. Not only do e-bikes run on clean, electric energy that is readily available, but they also enable the rider to quickly circumnavigate traffic chaos, such as that currently disrupting roads close to filling stations – a problem many drivers are facing at the moment as streets become gridlocked and their journeys significantly delayed.

Matt Flanagan from E-Bikes Direct continues, “We are hearing from worried NHS and social care staff, as well as other key workers, that they are struggling to fill-up and are concerned that they won’t be able to make it into work. For those who live relatively nearby, an e-bike offers a good alternative and can take the stress and worry out of making the journey to work. Aside from being able to avoid the traffic queues and not worry about fuel levels, an e-bike comes with the added bonuses that it will help to improve your fitness and save you money at the same time.”

The RAC website reported earlier this week on the likelihood that petrol prices will continue to rise saying ‘When it comes to pump prices, it’s a pretty bleak picture for drivers. With the cost of oil rising and now near a three-year high, wholesale prices are being forced up’. The report added it’s ‘vitally important the emergency services and businesses that help to keep the UK moving can get access to fuel’.

As the price of fuel soars at the pumps, it seems there’s never been a better time to buy an e-bike. The cost varies depending on the style, battery power and a host of other features, but as an indication, E-Bikes Direct is currently offering several entry-level bikes retailing at around £700. Meanwhile, end-of-season sales offer savvy shoppers an opportunity to buy a higher-end model, often at a much reduced price. More information about e-bike prices and styles can be found at e-bikesdirect.co.uk.