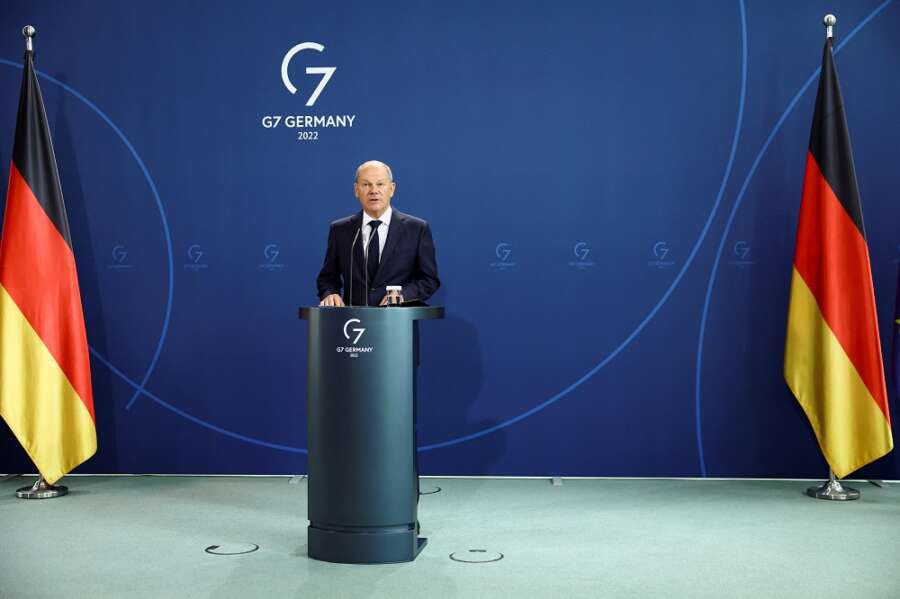 The gas storage levy, set to kick in from Oct. 1, comes on top of another levy on end-consumers designed to distribute the cost of replacing Russian gas to utilities like Uniper.

This will already cost an average family of four an additional annual 480 euros ($488), according to price platform Verivox’ assessment, while Thursday’s charge will add an additional 13 euros, a spokesperson for competitor Check24 said.

However, to cushion the blow to consumers, Chancellor Olaf Scholz said sales tax on gas would be reduced to 7% from 19%.

The levies are part of a new energy security law Germany drew up this year in response to a drop in gas exports from Russia, which has become embroiled in an energy stand-off with the West since Moscow’s invasion of Ukraine in February.

The new law obliges Germany’s gas market operator THE to tender for additional gas purchases on top of regular ones it carries out to balance supply and demand, and potentially to buy outright on the open market, sidestepping its usual tender process, if necessary to top up reserves.

The cost of the measures is initially charged to gas suppliers on the pipeline grid. That cost is then rolled over, under a supervised mechanism, all the way to end customers.

Customers must by law be notified of the levy six weeks before the proposed Oct. 1 start date.

The storage levy, which will remain in place until April 2025, will be first calculated in the fourth quarter of 2022 and then every six months after that.

Economists have warned that the two new levies will further accelerate inflation in Europe’s largest economy.

Scholz, who has promised to help households cope with higher gas bills, announced a reduction in sales tax while the levies are in place.

“With this step we are reducing the burden on consumers more than we are adding to it with the charge,” said Scholz, without giving any figures. He added that he expected companies to pass on the reduction to consumers.

The move would cost the state about 10 billion euros through March 2024, a government official said.

The BDEW power industry association welcomed the step, saying it could dampen a massive price rise but some economists warned that it was too little and that it was a blunt tool which would not help poorer households much.

Russia has cited turbine problems as its reason for cutting gas supply via the main line into Germany, Nord Stream 1, while other export channels are also unused, or at reduced capacity usage. Berlin calls the events politically motivated.