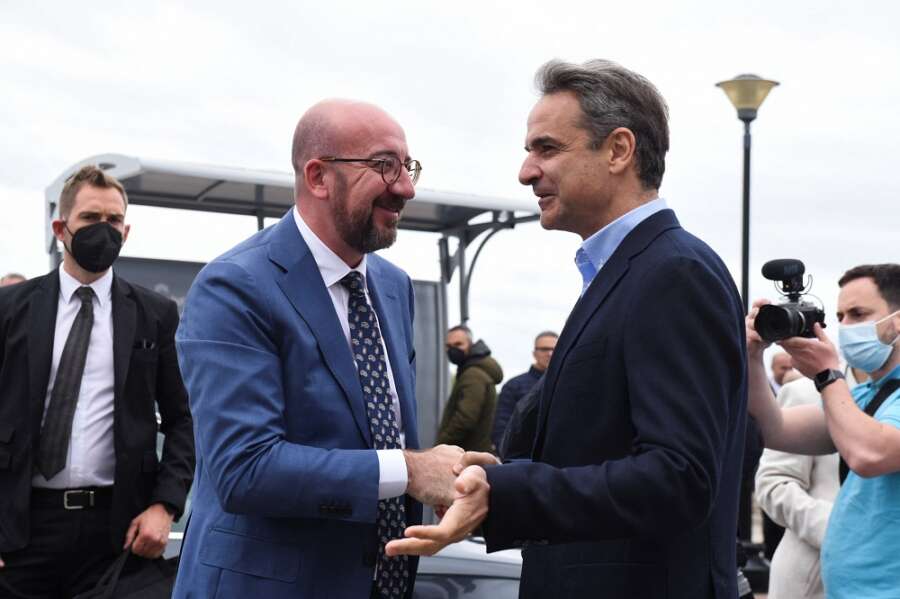 ATHENS (Reuters) – Greece and Bulgaria said on Tuesday a new liquefied natural gas (LNG) facility to be built off the northern Greek port of Alexandroupolis would help create a new gas route for Europe and cut reliance on Russian gas at a crucial moment.

Russia’s Feb. 24 invasion of Ukraine prompted the United States and its allies to impose the most severe sanctions in modern history on Russia.

Moscow has warned it will respond in kind and last week its gas exporter Gazprom cut off supplies to Bulgaria and Poland for refusing to pay in roubles, with gas prices soaring on fears more states could be hit.

“Our countries all together are ready to assume a new crucial role in Europe’s new energy map,” Greek Prime Minister Kyriakos Mitsotakis said at an event to mark the start of implementing the floating storage and regasification unit (FSRU) in Alexandroupolis.

“Recent blackmails by Moscow over natural gas make this cooperation not only necessary but urgent.”

Greece has been supplying Bulgaria with gas since it was cut off by Russia.

“The economic blackmail of the Kremlin against my country and the European Union will not succeed, because we will oppose it and today’s event is a proof of that,” Bulgarian Prime Minister Kiril Petkov said.

The new FSRU, which will be anchored about 18 kilometres (11 miles) off Alexandroupolis port and carry gas to the shore via a 28 kilometre long pipeline, is expected to start operations at the end of 2023.

It will be able to regasify 5.5 billion cubic metres (bcm) of LNG annually and store 153,500 cubic metres.

Greece has one LNG terminal off Athens. With the new Alexandroupolis terminal and other projects in the pipeline, it could triple its regasification capacity by the end of 2023, Mitsotakis said.

The Alexandroupolis terminal will be built by Gastrade, owned by Greece’s Copelouzos family, at a cost of 360 million euros ($378 million).