Home Technology Green Cloud: one way your company can commit to sustainability
Our website publishes news, press releases, opinion and advertorials on various financial organizations, products and services which are commissioned from various Companies, Organizations, PR agencies, Bloggers etc. These commissioned articles are commercial in nature. This is not to be considered as financial advice and should be considered only for information purposes. It does not reflect the views or opinion of our website and is not to be considered an endorsement or a recommendation. We cannot guarantee the accuracy or applicability of any information provided with respect to your individual or personal circumstances. Please seek Professional advice from a qualified professional before making any financial decisions. We link to various third-party websites, affiliate sales networks, and to our advertising partners websites. When you view or click on certain links available on our articles, our partners may compensate us for displaying the content to you or make a purchase or fill a form. This will not incur any additional charges to you. To make things simpler for you to identity or distinguish advertised or sponsored articles or links, you may consider all articles or links hosted on our site as a commercial article placement. We will not be responsible for any loss you may suffer as a result of any omission or inaccuracy on the website.
Technology

Green Cloud: one way your company can commit to sustainability 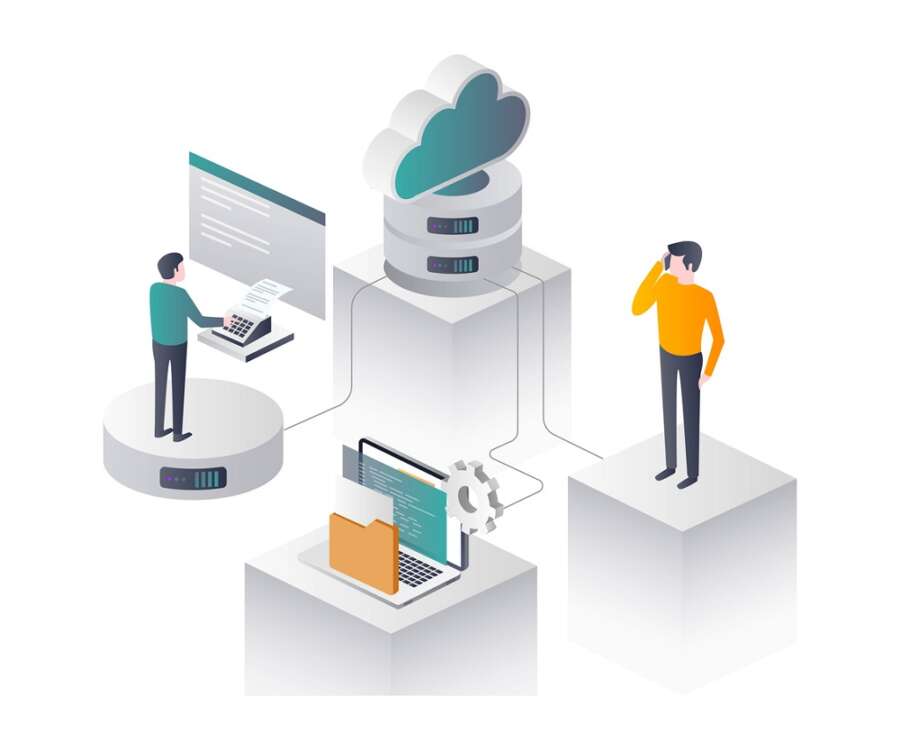 In today’s evolving world, there are many reasons why organisations should have green thinking core to their strategy and values. And when it comes to the development of technology, Cloud and Sustainable IT choices can aid cost and productivity efficiencies in addition to supporting a more flexible, scalable technology stack.

There are a number of other reasons organisations might give for wanting to migrate to the cloud: they may want to reduce CapEx and flatten their investment curve, or they may want to tap into another promise of cloud computing: that it can help organisations become more sustainable. But how? Here, Gordon Cullum, Technology Director at Axiologik, explains more.

Who is committing to sustainability?

Large Cloud vendors like AWS, Azure and GCP are major consumers of power and water (for cooling), and they have all made sustainability commitments. For example, Microsoft has said that it will use 100% renewable energy by 2025 and be completely carbon neutral by the end of the decade. AWS and GCP have slightly different timescales, but the direction of travel is set.

Renewable energy and recycling are becoming watchwords for the industry. And for organisations, Cloud migration could be a major step towards more sustainable operations in itself.

Azure, AWS and GCP have the time, influence, and economies of scale to make sustainability a priority, but few organisations operating small in-house data centres can say the same.

How can migrating to the Cloud help you become greener?

Cloud’s access-anywhere capability makes remote work more effective, and a well-planned remote or semi-remote (hybrid) working model reduces commuting journeys for staff. That’s as true as it is for your IT team as it is your Marketing or Sales department. With Cloud, even Software Engineers can code from anywhere.

Nor do you have to maintain an in-house data centre. The big providers’ carbon footprint may be significant (for the moment, at least), but it is still considerably smaller than the footprints of thousands of organisations running their own in-house compute and storage operations.

Migrating to the Cloud isn’t the silver bullet

Having said all that, Cloud migration shouldn’t be seen as a silver bullet for sustainability. The concept of piggybacking on the big three providers’ environmental commitments is problematic in several ways: for a start, it relies on Azure, AWS, and GCP meeting their targets, which may be a leap of faith.

Of course, customer expectations and growing regulatory demand give cloud providers good reason to stick to sustainability commitments, but a promise to do something is not a guarantee that it will happen. Good intentions are not always enough.

On top of that, simply moving to the cloud isn’t enough on its own. It’s not just your choice of cloud platform that determines the sustainability of your computing, it’s also how efficiently you use that infrastructure.

Cloud migrations can be highly inefficient if they’re not done properly. We’ve seen cloud databases that nobody has connected to for months running at 2% of utilisation. That’s a huge waste of virtual and physical resources.

As far as sustainability goes, Cloud works if it’s optimised for what you want it to do. If you’re writing efficient, cloud-ready code, you’re creating sustainability. If you’re writing 50 lines where two will do, you’re using Cloud in an unsustainable way. Cloud is a clever technology that can reduce your carbon footprint if your development processes and engineering are tailored to the platform. If not, the environmental impact may be negligible.

How do you measure impact of your own Cloud migration?

There is little in the way of conformity when it comes to measuring the sustainability of Cloud computing. Given that cloud adoption is accelerating at a dizzying pace, that’s something that has to be addressed. Organisations and authorities need to come together and decide on a series of measurable sustainability KPIs relevant to the industry.

In the meantime, you can use more familiar metrics as proxies for the sustainability of your cloud strategies. If your cloud migration is driving down costs associated with compute and storage, it’s almost certainly reducing your carbon footprint at the same time. If it’s facilitating a successful hybrid working policy, the same is likely to be true.

Don’t pay lip service to it: make environmental and social impact a consideration in every decision you make.

With Cloud migration, it won’t be the only consideration and it may not even be a priority. Most organisations approach the Cloud with an operational goal in mind, whether that’s reducing customer churn or simplifying management processes.

But how you go about Cloud adoption can make the difference between a sustainable and environmentally wasteful strategy. Choose a provider with transparent and measurable green commitments. Choose partners that can help you write efficient Cloud-native code.  Understand that Cloud is a journey, not a destination, and commit to continual iterative improvement.

The great thing here is that, if you get it right, it’s win-win. As global sustainability targets creep closer, going green will be an increasingly important point of difference. Start your sustainable Cloud journey now and steal a march on the competition.

Gordon began his tech career over 20 years ago and has helped to deliver multiple large-scale digital transformation programmes, including developing the first iteration of “The Spine” – the IT infrastructure which underpins health and social care systems in the UK.

Enterprise Leaders Should Rally Their Teams in Pursuit...

VICTORIAMETRICS AND CMS TEAM UP TO MONITOR THE...

Arken Partners with Beyond Encryption to Deliver Secure...

Match-fixing can be solved with EdTech, says former...