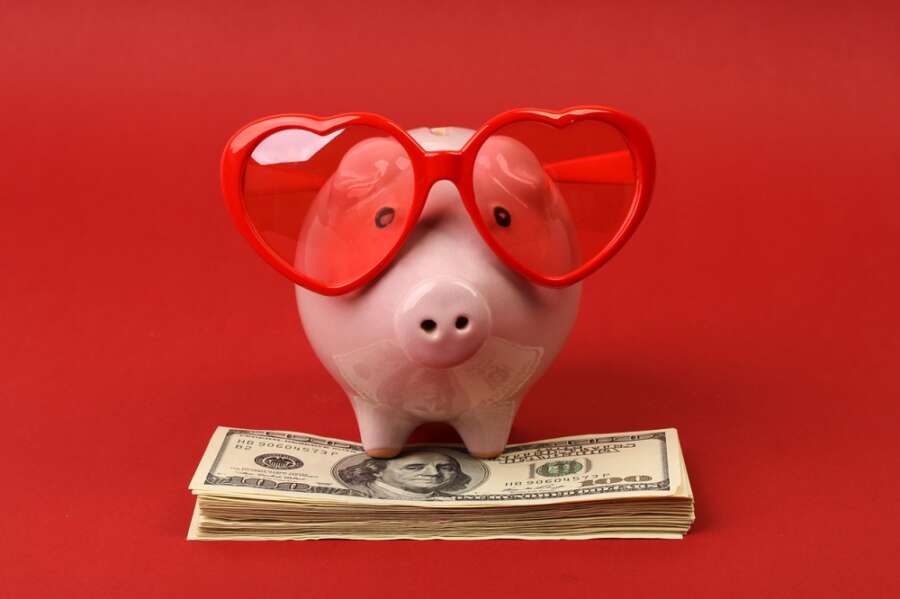 This Valentine’s Day, we at AvaTrade have taken a look at some heartthrob stocks from the last 12 months, as well as some heartbreakers.

In the last year, Ford has been the apple of trader’s eyes, with the vehicle manufacturer’s share price rising by over 56% (56.04%) in the last 12 months. The last year has been a strong one for the company, with Ford displaying grand plans when it comes to developing electric vehicles. For example, Jim Farley, Ford CEO, announced in November 2021 that the company is planning to increase its annual electric vehicle capacity to 600,000 by the beginning of 2024. What’s more, the automobile manufacturer has launched new versions of its range of electric cars since the beginning of 2021. This includes the latest version of its Mustang Mach-E, which rounded out 2021 by being the third-best selling electric vehicle in the United States, after the Tesla Model Y and Model 3. Will Ford continue to have investors falling head over heels for it in 2022?

However, the travel industry has had a wretched last couple of years. For those investors who have held stocks in trip.com, it has been a particularly heartbreaking period of time. People have been travelling within their own countries, perhaps in their Ford vehicles, at the expense of heading abroad for a holiday. Therefore, online travel agencies like trip.com have been less necessary, which is reflected in its stock falling by 18.93% since this time last year. Further to this, trip.com has suffered as travel restrictions remained in place in many countries throughout the majority of the last 12 months. Then, when presented with the opportunity to head abroad, people have been reluctant due to the costly – and numerous – testing requirements needed to travel from one country to another. However, as the world has started to reopen, the travel industry has shown signs of recovery in the last few months. For example, the Year-To-Date (YTD) return for trip.com currently stands at 20.19%. Perhaps 2022 could be the year when investors fall back in love with trip.com and other travel stocks?

McDonalds has certainly been a heartthrob stock in the last 12 months. The reopening of its restaurants meant that the fast-food chain enjoyed a strong performance, with its stock price rising by 21.20% in the last year. It has been a good period of time for McDonald’s, with the company reporting record same-store sales growth of nearly 14% in the United States in 2021, while digital sales were also strong, coming in at in excess of $18 billion for the calendar year of 2021. Rising inflation has also been a positive for McDonald’s, as it has allowed the fast-food company to increase the prices of its products. Remarkably, in-person visits to McDonald’s are actually up compared to pre-pandemic levels. In December 2021, there was a 1.1% increase in people ordering items at its restaurants in-person compared to December 2019. It is also worth mentioning that visits to McDonald’s also held up during the second half of 2021, despite new variants of Covid-19 emerging, causing a surge in cases. In fact, the chain saw year-over-year increases in visits in August, October and December. Will investors continue to love McDonald’s in 2022?

In 2020, investors loved Zoom. “Zooming” became commonplace, and the teleconferencing platform saw a remarkable amount of growth throughout the year, which resulted in the stock price peaking at almost $600 per share. The past year has been the opposite – Zoom has been dumped. As economies around the world began to reopen and companies opened their doors to employees, the need for work from home technology, such as Zoom, diminished. The impact can be seen with Zoom, which has seen its price fall by a staggering 65.29% since this time last year. There is also the possibility that the steep decline in Zoom’s stock price was pushed by broader market sell-off among growth stocks in 2021. The big question investors must ask themselves moving forward – can they fall in love with Zoom again in a post-pandemic world?

What Are the Basics of Home Insurance?

Love what you do? New poll reveals the UK’s favourite jobs