Home Business How first jobs have changed across the generations
Our website publishes news, press releases, opinion and advertorials on various financial organizations, products and services which are commissioned from various Companies, Organizations, PR agencies, Bloggers etc. These commissioned articles are commercial in nature. This is not to be considered as financial advice and should be considered only for information purposes. It does not reflect the views or opinion of our website and is not to be considered an endorsement or a recommendation. We cannot guarantee the accuracy or applicability of any information provided with respect to your individual or personal circumstances. Please seek Professional advice from a qualified professional before making any financial decisions. We link to various third-party websites, affiliate sales networks, and to our advertising partners websites. When you view or click on certain links available on our articles, our partners may compensate us for displaying the content to you or make a purchase or fill a form. This will not incur any additional charges to you. To make things simpler for you to identity or distinguish advertised or sponsored articles or links, you may consider all articles or links hosted on our site as a commercial article placement. We will not be responsible for any loss you may suffer as a result of any omission or inaccuracy on the website.
Business

How first jobs have changed across the generations 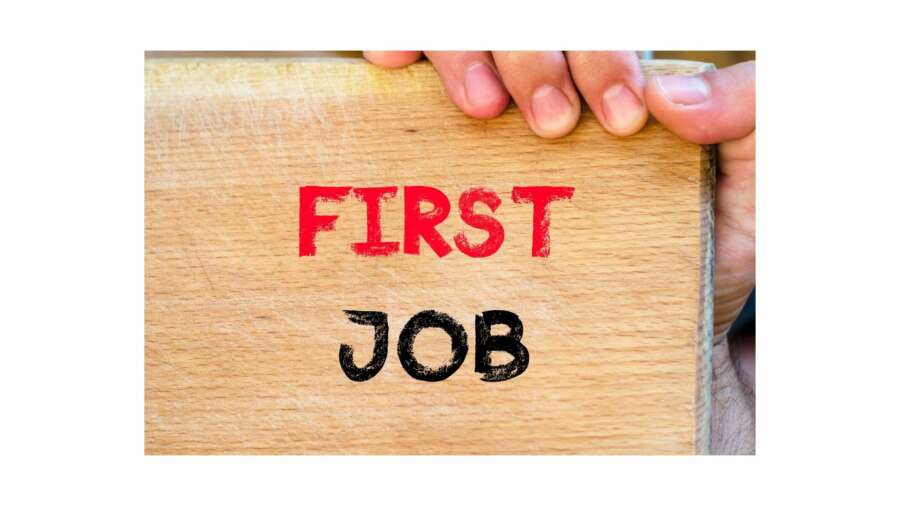 Roles in retail among Gen Zers have overtaken the traditional paper rounds favoured as first jobs by millennials through to baby boomers.

In addition, everyone other than Gen Z felt that understanding the value of money was the most important skill they picked up from their first job. Instead, Gen Z, who tended to embark on their first jobs at a later age than any other generation, felt that finding their independence and improving their communication were the skills they most valued.

Those in Gen Z are also more likely to work in a similar industry to their first ever job than the other age groups. This is why they understand the importance of gathering relevant experience more than previous generations.

This is according to a survey of 2,000 adults, which was conducted by Moneypenny.

The survey quizzed people on what they did, what age they were when they started, how they applied and the reasons why they wanted to work.

The data revealed the generational differences between types of first jobs and the influences they had on peoples’ experiences, as well the skills they gained from their first job, how many hours they worked and if this role influenced their current career.

The application process has changed over the years, with online applications being more popular than walking into the workplace as the years went by.

34% of 65 and overs said that they walked into the workplace of their first job and asked for a role there. However, just 20% of 18-24 year olds said they found success through the same process, with 16% opting to apply online instead.

The most popular method with 25 to 34 year olds was using family connections to secure the role, with 39% saying so.

A pattern across the results showed that more traditional job roles such as paper rounds and farm work have, in fact, declined over the years, with service industries job roles becoming more popular, such as in the retail and hospitality sectors.

After the paper round, the most common first job across all age brackets and regions was that of retail assistant, with 16% of participants saying that they put out stock, worked the tills and helped customers.

But, how does the motivation behind entering the world of work differ between the generations?

The data showed that the majority of each generation surveyed said their main motivation to get a first job was to have pocket money, with 55 to 64-year-olds saying so the most frequently (65%).

The other most popular choice across the generations was to become more independent, with 18 to 24-year-olds saying so the most (47%).

The data also revealed that gaining work experience was more important to Gen Z than baby boomers, as 42% of 18 to 24-year-olds said this was their main motivation, compared to just 15% of 65 and overs.

The most common values those surveyed learned from their first jobs was how to work hard and handle money.

But being punctual was the most important element for those 65 and over, as 58% said this was what they learned the most from their first role.

However, everyone other than Gen Z, felt it was the value of money that was their most important skill picked up from their first job. Instead, Gen Z felt that improving their communication was the skill they most valued.

Ceri Henfrey, Head of Operations at Moneypenny, said: “Our first job when we’re growing up really instills a sense of responsibility and work ethic in us, even if our main motivation was most likely the paycheck at the end of the week.

“The paper round taking the top spot was lovely to see, as it’s such an integral part of a neighborhood. We hope to see that it stays the most popular choice across the UK and its generations.

How HRs can identify burnout