Home Business How have multinational corporations led by women CEOs performed on the stock market?
Business

How have multinational corporations led by women CEOs performed on the stock market?

By Dáire Ferguson, CEO at AvaTrade 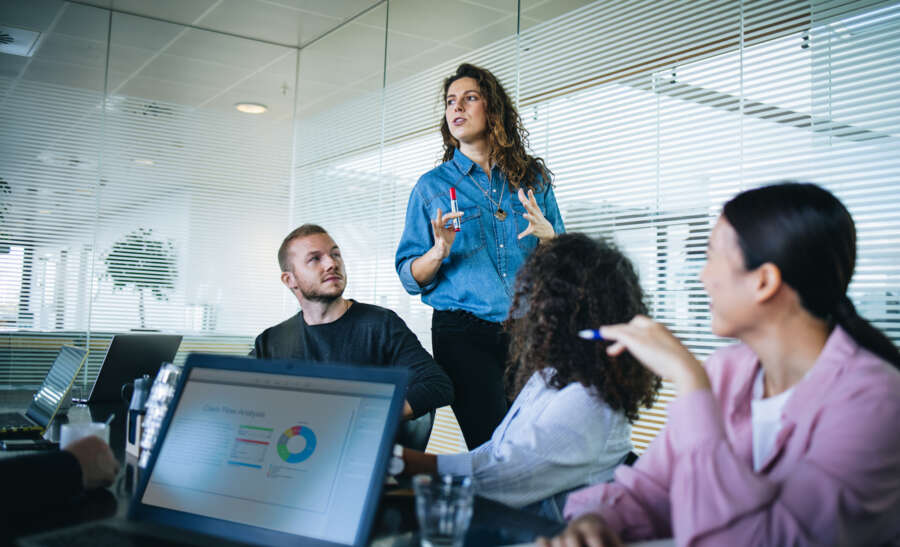 In recent years, more and more women have been entering the world of investing. For example, according to research by Fidelity Data, there has been a 50 per cent increase in the number of active women investors since 2018, while in the last two years, the percentage of women investors in equities increased from 16 per cent (2020) to 25 per cent. Not only are women becoming more prevalent in the investment environment, but they also tend to outperform their male counterparts. Fidelity Data’s research also found that, on average, women investors achieve positive returns and surpass men by 40 basis points, or 0.4 per cent. This is a clear indication that women are great investors. As such, let’s hope the number of women in this industry continues to increase.

In light of this, here is an assessment of the recent stock market performance of businesses which are led by women CEOs.

Under CEO Julie Sweet’s stewardship, Accenture has seen its share price rise by 19.79 per cent over the course of the last 12 months. As was the case with most organisations, 2020 was a disappointing year for the company, predominantly due to the impact of the COVID-19 pandemic. Nevertheless, the leading professional services firm has resumed the rapid growth it had undertaken prior to the pandemic. Sweet has been responsible for a number of positive developments at the business during the last year. For example, she has overseen the specialist information technology services and consulting firm grow its cloud offering by 44 per cent in the 2021 financial year. Adding to this, Accenture has continued to acquire new businesses, spending over $4 billion to purchase nearly 50 firms across the company. This has allowed the firm to develop and expand to an even greater extent. As a result of this, Accenture saw its global revenue mark eclipse $50 billion for the 2021 financial year. It appears that the firm is set to offer growth potential for years to come.

In March 2021, Jane Fraser was appointed CEO of Citigroup. Since then, she has led a radical revamp at the bank, making significant changes to its reporting structure, as well as introducing a brand-new services unit. Further to this, the firm has cut ties with its non-US consumer businesses in 13 markets across Africa, Asia, Europe, and the Middle East. However, the last 12 months have not been kind to the American multinational investment bank and financial services corporation, resulting in its share price falling by over 19 per cent. The aforementioned restructuring has been far from plain sailing, with the bank announcing that its results had slumped by $1.1 billion in terms of after-tax expenses in the fourth quarter of 2021.

The automotive industry has been hit hard by the ongoing global shortage of semiconductor chips. General Motors, the American automotive manufacturer, is no exception. The firm saw its sales fall by roughly 13 per cent in 2021, while its share price has decreased by 21.55 per cent in the last year. Nevertheless, perhaps the biggest news was that 2021 saw General Motors 90-year reign as the top car seller in the US come to an end, with Japanese-based manufacturer Toyota coming in at number one. What’s more, General Motors share price was further impacted by Morgan Stanley downgrading its stock from overweight to equal weight in February 2022. This is in part due to concerns over the speed at which General Motor’s was transitioning production towards electric vehicles (EVs). However, it should be noted that experts predict that 2022 will be a better year for the automotive manufacturing corporation. General Motors projected production for 2022 is anticipated to rise by 25 to 30 per cent, while CEO Mary Barra informed investors that the automaker intends to accelerate EV production, aiming to deliver over 400,000 vehicles come the end of 2023.

During her time as CEO of Oracle, Safra Catz has led a period of consistent growth for the computer technology corporation. The Enterprise Resource Planning (ERP) software specialist has enjoyed a strong performance on the stock market in the last year, with its share price up more than 20 per cent (20.29 per cent). Oracle’s growth has been helped by a combination of increased demand for cloud services and a series of stellar quarter earnings. An example of this can be seen in December 2021, when Oracle announced that its total cloud customer revenue increased by 45 per cent as part of its 2022 second quarter financial results. Appointed in 2014, this upward direction under Catz appears set to continue, with the global ERP market growing and expanding in size each ye

**All of these stocks are available to trade on AvaTrade

Russia promises to scale back Ukraine war but West sceptical

Russians bombard cities as losses force them back