Home Technology How SaaS businesses can bootstrap their startup to $10M in ARR
Our website publishes news, press releases, opinion and advertorials on various financial organizations, products and services which are commissioned from various Companies, Organizations, PR agencies, Bloggers etc. These commissioned articles are commercial in nature. This is not to be considered as financial advice and should be considered only for information purposes. It does not reflect the views or opinion of our website and is not to be considered an endorsement or a recommendation. We cannot guarantee the accuracy or applicability of any information provided with respect to your individual or personal circumstances. Please seek Professional advice from a qualified professional before making any financial decisions. We link to various third-party websites, affiliate sales networks, and to our advertising partners websites. When you view or click on certain links available on our articles, our partners may compensate us for displaying the content to you or make a purchase or fill a form. This will not incur any additional charges to you. To make things simpler for you to identity or distinguish advertised or sponsored articles or links, you may consider all articles or links hosted on our site as a commercial article placement. We will not be responsible for any loss you may suffer as a result of any omission or inaccuracy on the website.
Technology

How SaaS businesses can bootstrap their startup to $10M in ARR 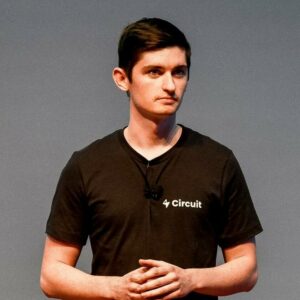 The number of SaaS businesses is growing fast and showing no signs of slowing down. In fact, it’s predicted to increase from $44.4 billion (2017) to $94.9 billion by 2022. Why is this? It’s because SaaS makes people’s lives easier – it offers accessible and flexible solutions to everyday problems. SaaS businesses simplify our lives.

They’re not just popular with customers, though, as in 2020, European VCs pumped €12bn into SaaS businesses. While it’s great to see outside enthusiasm and support for the business model, one of the valuable features of a SaaS start-up is that, if done right, you don’t even need funding. For entrepreneurs, SaaS is a huge opportunity.

There are no six-month sales cycles or large amounts of capital needed to get everything moving. SaaS allows businesses to launch their first version quickly. I was just 23-years-old when I launched my own SaaS company, and I’ve now bootstrapped to $10M in ARR.

In this article, I’ve pulled together my four key tips for bootstrapping a SaaS start-up:

You don’t need to be an industry expert

Attempting to fix a problem you have had personally will let you know that there’s an issue to be solved, but with a SaaS model, this is not needed. The fast learning cycle times allow business owners to build, learn and iterate their way towards the insights you’ll need to build a successful product. Even if you know nothing about the sector.

The software users will need to get closer to the solution and have humility to learn from others with a product that solves an issue. Business owners have all they need to build a lucrative product. Of course, an initial lack of understanding may lead you to make wrong product decisions along the way, contributing to slower growth. But ultimately, these mistakes don’t matter if you can realize the issue and learn from the process.

This relies on speaking to your users to work out what needs to be changed and what’s not working.

Collecting quantitative data is not everything

Quantitative data is often viewed as the foundation of the best decisions. But statistics and figures shouldn’t be your only guide. It’s more productive in the early stages to look at qualitative rather than quantitative data when building your SaaS product.

In the early days, usage volume is typically so low that it’s impossible to derive significant, actionable results from user data. For example, it may take months to discern the material impact of two different layouts of the same feature. The solution? Leaning on qualitative data – which means speaking directly to your users. Their honest feedback will show if you’re on the right track, point to where you should pivot and help you build a user-friendly, intuitive product that will see subscriptions rise.

Pay-per-click advertising is great for bootstrapping

PPC advertising and SaaS work incredibly well together and are a great way to increase your number of early customers.

PPC is relatively inexpensive at a low volume, meaning you can get a fair amount of app installs for as low as $0.30 each. The next stage focuses on breaking even, not making a profit. As soon as you can raise average revenue per install (ARPI) higher than cost per acquisition (CPA), you can kickstart a growth cycle.

The ultimate goal is to make a profit on every customer. However, in the early days, SaaS businesses should also focus on driving as many customers as possible to iterate quickly and find product-market fit.

It can be scary to enter a market full of competition –  but it’s almost impossible to find one without competitors.  Competition shows a market exists, and if there’s someone else solving problems for customers, there’s a good chance you can build a business in this space too.

The comparison should end here, however. If you’re trying to achieve market dominance, simply following in your competition’s footsteps will not get you very far. You’ll always be one step behind. More importantly, you won’t be learning what works and what doesn’t. So when it does eventually come time for you to move forward with your roadmap, you’ll have to start the learning process from scratch. New business owners must create their own paths to success.

To find out more about Circuit, visit www.getcircuit.com

Tesla is sued by drivers over alleged false...

Predictive maintenance technology – is this the key...

Gender diversity in fintech: Making a difference from...