Home Business How your pension can tackle climate change
Business

How your pension can tackle climate change 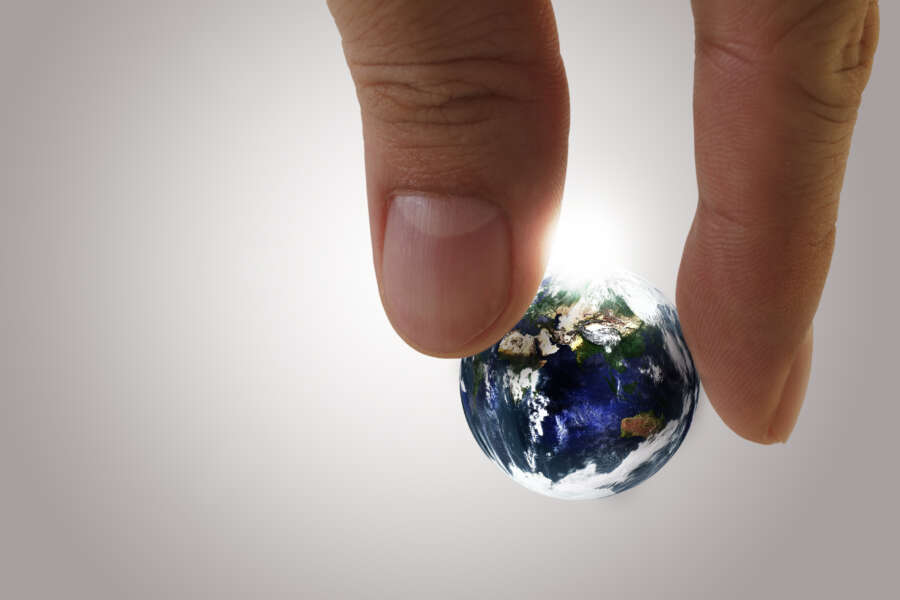 Just imagine – you’re in the supermarket, trying to decide what to buy for your dinner. You opt for some salmon, and there’s a choice of two: they’re the same weight, same price and look exactly the same. There’s only one difference – one of the salmon fillets isresponsibly sourced and therefore more environmentally friendly than the other.

That’s the one you’d choose, right? It’s a no-brainer.

Now, apply that same scenario to yourpension. If your employer were to ask if you wanted a new, pension fund, that gave you the same – or higher – returns on yourinvestment as your current pot and could help tackle climate change without costing you a penny more, your answer would almost certainly be ‘yes’.

Most people, I would suggest, pay into their pension each month with little idea of what isbeing done with that money. I imagine many don’t know which companies their pension isinvested in, let alone whether or not they are polluting ones. Recent research carried out by Cushon found that less than 1% of people are aware of the extent of environmental damage their pension pot may be doing, however, employees are increasingly concerned about the impact their pensions are having on climate change.

More than 68% of employees are concerned that their company pension could be investing in businesses that are contributing to the climate crisis, while 88% want their employer to take action to address this, for instance, by moving to a pension provider that’s making a positive impact on climate change (40%).

Employers are increasingly conscious of the social impact of their business and looking at sustainable policies for their organisation covering everything from procurement, remote working and their own carbon footprint. Are they forgetting to look at the one major expense that could trump the lot?

With more than 200 investment funds (available to pension members) labelled ethical or sustainable, why is it that employers rarely focus on the carbon emissions of the company pension? Why are they not offering a green option to their employees? Why are they not communicating the environmental impact of the pension to savers?

Some of the barriers in introducing greener pensions include the challenge of finding out information about the make-up of the pension portfolio or comparing two different pensions.

But perhaps the biggest barrier is the fear that a greener pension means worse returns on investments.

That’s a myth – going green does not mean it’s more expensive or that you forsake returns on your pension or savings.

For pension fund managers, climate change isstill seen as a medium-to-long-term investment risk, but they would do well to look ahead and start their futureproofing now. With many countries looking to rapidly phase-out the use of fossil fuels, for example, choosing not to invest in such products would be prudent both from an environmental and investment point of view.

Many UK employers are making solid commitments to reduce their emissions and become Net Zero, but I would suggest too few factor in the emissions associated with their employee pension funds into their calculations.

The average UK pension pot unwittingly finances an average of 23 tonnes of CO2 emissions each year through the businesses the pension invests in. It’s a staggering volume, equivalent to running nine family cars, simply as a by-product of saving for retirement. We’d need to recycle for 19 years to offset those 23 tonnes, or plant 30 acres of new forest to counteract these effects – every year, for each and every pension.

Why does it matter though? If we are going to achieve the 2050 net zero targets, we have to halve our emissions by 2030 – that’s eight and a half years away. The net zero targets will not undo all the damage that has already been done by climate change, they will aim to stop average global temperatures rising any more than 1.5°C. The consequences of 1.5°C will still be bad, but at 2°C they will be disastrous.

At 2°C, the risk of extreme flooding increases by 170%, at 1.5°C, it is 100%. At 2°C, we could expect ice-free summers in the Arctic once every decade, at 1.5°C that reduces to once a century. We are already witnessing the catastrophic effects of climate change across the world with wildfires shrouding the Pacific coast of America in thick smoke, the worst wheat harvest in the UK for 40 years and torrential flooding in China to name just a few examples from the last year. This will get rapidly worse and more widespread if nothing is done, impacting all of us.

While the UK has actively managed to reduce the average carbon emissions per person from 9.3 tonnes to 5.9 tonnes over the last 25 years, the way pension pots are invested remains relatively unchanged, despite being equal to nearly four times that of personal emissions.

UK savers are calling for a pension that ticks all the boxes, and for their employers to be more responsible and climate conscious. So now isthe time to act – ask your employer what they’re doing to mitigate the impact that yourcompany pension scheme is having on the environment.

The WIP Where work is in public, in progress & in partnership

How The UK Adapted to Working from Home