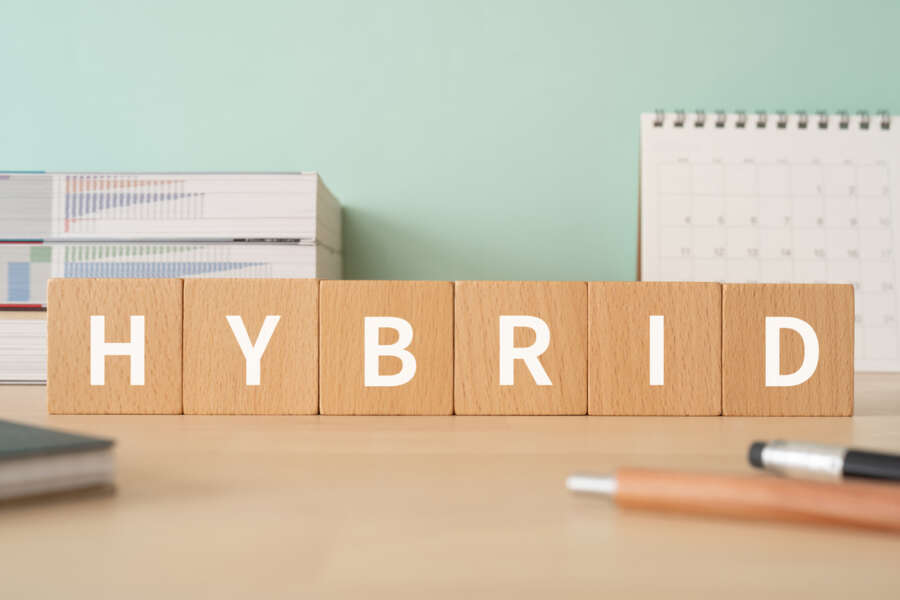 Hybrid working, a mix of working at the workplace and at home, has become more mainstream during the pandemic, and is influencing retirement plans, according to research conducted by M&G Wealth.

The Retirement Revisited report reveals almost 1 in 3 (31%) of those surveyed believe that flexible and hybrid working means that people will now continue working well past the state pension age. In turn, this has reduced resistance to the notion of stopping work at retirement age, with 11% saying that they will now continue to work full time or part time past age of retirement ‘because they don’t need to go into the workplace as often’.

The latest statistics from the ONS on employment and the labour market reflect the findings from M&G Wealth, reporting a 1.4% increase in employment in over 65s, compared to the same period last year.

Interestingly, hybrid working has also led to some people looking in the opposite direction. One in ten (10%) of pre-retirees who were surveyed have said that working has allowed them to save more for retirement, and that they will now be able to retire earlier than the state pension age. This is perhaps due to working from home erasing the costs of travel, lunches, and socialising.

Furthermore, the ability for people to work in their own space and adjust their flexibility to surround their personal life is reflected in M&G Wealth’s research. 1 in 7 (14%) have said that hybrid working has allowed them to enjoy a better work/life balance. This improvement in people’s quality of life resonated particularly with a fifth of Londoners (21%), in comparison with just 1 in 10 in Scotland and (9%) of those from the East of England (10%).[1]

Despite a majority embracing the hybrid lifestyle, it can’t suit everyone. 7% said that it had prompted them to retire as soon as possible.

Vince Smith-Hughes, pensions expert at M&G Wealth, said: “Hybrid working has had a significant impact on people’s daily lives, which in turn has influenced their attitudes towards career and retirement plans.

“Whether the increased flexibility means being able to stay in the workplace for longer or retiring earlier – the decision about when to exit the workforce is a very personal one that needs careful consideration.

“It’s also important to recognise that for many people the decision about when they retire can be dictated by factors outside of their control, including redundancy, ill health or wider family commitments such as caring responsibilities.

“No matter what ultimately drives your decision to stop working, being as financially prepared for retirement as possible gives you the best possible chance of maintaining your standard of living. For most people seeking the help of a financial adviser will be the right thing to do as they can help you understand the impact on your finances, and assist you in securing a retirement plan that’s flexible enough to suit your lifestyle and your finances.”