Home Business I started a business at 23 that now draws in $10m. Here’s how.
Our website publishes news, press releases, opinion and advertorials on various financial organizations, products and services which are commissioned from various Companies, Organizations, PR agencies, Bloggers etc. These commissioned articles are commercial in nature. This is not to be considered as financial advice and should be considered only for information purposes. It does not reflect the views or opinion of our website and is not to be considered an endorsement or a recommendation. We cannot guarantee the accuracy or applicability of any information provided with respect to your individual or personal circumstances. Please seek Professional advice from a qualified professional before making any financial decisions. We link to various third-party websites, affiliate sales networks, and to our advertising partners websites. When you view or click on certain links available on our articles, our partners may compensate us for displaying the content to you or make a purchase or fill a form. This will not incur any additional charges to you. To make things simpler for you to identity or distinguish advertised or sponsored articles or links, you may consider all articles or links hosted on our site as a commercial article placement. We will not be responsible for any loss you may suffer as a result of any omission or inaccuracy on the website.
Business 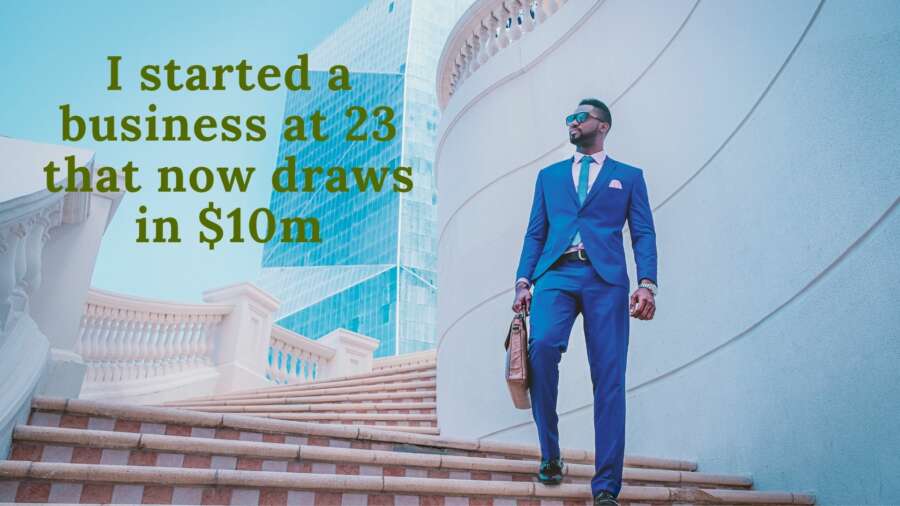 By Jack Underwood, CEO and co-founder of Circuit

The growth of social media has launched a new generation of influencer-entrepreneurs but young people can succeed in any area of business.

It’s a mistake to think that certain industries aren’t suitable for younger innovators. With the right idea, tactical thinking and the humility to learn as you go, entrepreneurs of any age can make a difference.

It’s this combination of factors that saw my own business grow from a 23 year old’s idea to a global company bringing in $10 million in ARR four years later. Here’s what I learned along the way.

The strength of a business can be limited by the strength of its idea. But it can be hard to identify a problem that affects enough people yet isn’t already circled by a number of competitors.

Luckily, there’s a shortcut. The trick is to look for areas where the current product or service offering is poor, but people are still buying or using the product. This shows there’s a deep need for a solution and proves that a market already exists. You don’t then have to create a customer base and can focus on building the best product or service in a market that already exists.

That’s the strategy that led me to launch Circuit. I saw that delivery drivers were heavily dependent on technology but were having to rely on products that weren’t properly built for them or that did a poor job. I knew that if I created something that specifically catered to their unique needs, I’d have a market-leading product that could truly add value.

Industry connections are useful but lacking them doesn’t necessarily leave you behind. Many young entrepreneurs get overly fixated on contacts but you don’t need an established network to start a successful business. A great product will open doors for you.

In fact, coming to an industry with fewer ties can even be an advantage. A fresh perspective often allows you to more objectively assess the situation and identify weaknesses in the accepted way of doing things. After all, common practice is simply an average of everyone’s best practice – it’s never the best solution for any given scenario.

My company did spend 6 months waiting for content marketing to kick in, instead we relied on paid ads. The great thing about paid ads is the feedback cycle is incredibly quick. You can buy 100 clicks and know in less than 24 hours if your product solves a problem or not. There’s no other channel that can give you such quick feedback, for so little cost.

We only ever spent on ads where we had positive ROI and, in the early data, focused on very low volume, low cost ads. For example, in the beginning we’d spend between £10 and £20 a day on just 20 to 40 installs. This is more than enough to validate, iterate, and improve on your product offering and monetisation.

As your product improves, you can afford to tap into more and more volume profitability and create a positive feedback loop where increasing ad spend allows you to create a better product, which in turn fuels ad spend. This flywheel effect is the fastest way to improve your product or service and build momentum.

It’s tempting to initially offer your service for free to draw in new customers and get feedback, but charging from the start gives you a crucial advantage.

Paying customers give you very different feedback to those using a product free. You need this no-holds-barred honesty to refine your service and make it as user-friendly as possible.

Making your customers pay will also indicate the long-term success of your business. Nothing tells you if a customer would be willing to pay for something like actually asking them to pay right now.

Customers will come to you with demands for new features but you need to be able to identify the problem behind the request.

A request shows that there’s something lacking or faulty in your product but a customer themselves will generally be unable to tell you the best way to address this. Your job is to understand why a particular feature is requested, get to the bottom of the problem behind it and then create the best possible solution to that problem.

Building a business isn’t easy but being younger doesn’t have to be a disadvantage. Passion and a fresh perspective go a long way in driving success, as long as these are combined with a considered approach and careful planning. If you’re willing to put in the work, there’s no minimum age to be a founder.

To learn more about what we do at Circuit, visit www.getcircuit.com