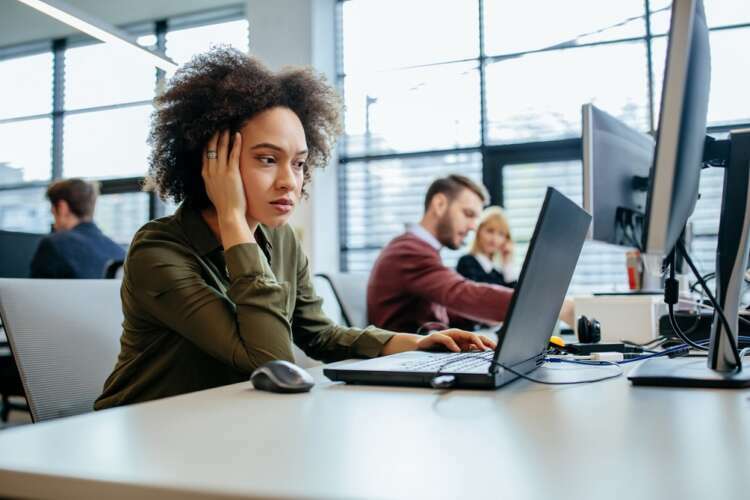 Anglicare is a Christian not-for-profit organisation based in New South Wales on the east coast of Australia. Established over 160 years ago, the organisation offers a wide range of community services, including residential aged care, retirement living, home care, financial assistance, disaster recovery and more. Anglicare has 4,000 staff workers and over 2,000 volunteers who are responsible for providing help to some of Australia’s most vulnerable individuals.

In recent years, data reports such as the Walk Free Foundation’s Global Slavery Index, have revealed that thousands of individuals in Australia are facing conditions of modern slavery, despite living in what is considered a highly developed and high-income country. Workers across multiple industries are subjected to forced labour, forced child labour, unlawful recruitment and other labour violations, including violence or intimidation in the workplace, that are encompassed within modern slavery. In an effort to address the high risk of modern slavery within Australian supply chains, as well as institute a formal mechanism that would empower businesses to directly target modern slavery within their operations, the Australian government implemented the Modern Slavery Act 2018 on 1 January 2019.

The legislation demonstrated Australia’s commitment to eradicating modern slavery within its business communities and protecting victims — and supplemented existing voluntary reporting initiatives. After it was officially implemented in 2019, Australia’s Modern Slavery Act sought to hold large companies, like Anglicare, responsible for providing a comprehensive report on all the suppliers they work with, along with risk assessment reports.

With new modern slavery reporting requirements, Anglicare was faced with a challenge that required them to reevaluate how they do business with their suppliers moving forward. Within Anglicare, the term suppliers refers to all people affiliated with the company that offer aged care and community services all over the country. Anglicare purchases products and services from a number of suppliers across various sectors, including allied health services, Nursing staff facilities management, mobility and aged care equipment, Food supply and medical supplies, among others.

Since Anglicare has a minimum annual consolidated revenue of AUD 100 million, it was among the companies that had to fulfil the reporting requirements of Australia’s Modern Slavery Act. Because Anglicare employs a decentralised procurement model and due to the complexity of its services offered, fulfilling these requirements proved challenging. Moreover, Anglicare has more than 3,500 suppliers in its books, which made it a growing issue for them to report fairly in accordance with Australia’s Modern Slavery Act 2018.

There was little screening regarding the suppliers’ supply chain risk when they were brought on board to provide care services for their clients.

However, currently Anglicare holds its suppliers to strict standards via its Ethical Purchasing Policy and Anglicare Code of Practice for Suppliers, the company still needed a solution that would allow it to continually assess the risk of modern slavery within its supply chain, provide insights that could be used to create a meaningful modern slavery statement and meet the other requirements of Australia’s Modern Slavery Act.

Since Anglicare strongly stands against modern slavery in any form, ShehanMicheal, Procurement Manager at Anglicare, wanted the company’s response to modern slavery to be meaningful. He said, “For me, the challenge was providing a statement that really carried weight and had meaning.”

Another issue for Anglicare, like many other organisations, was that they weren’t familiar with compliance solutions for reporting instances of modern slavery. Generally, a modern slavery report encompasses a few essential factors, including:

These requirements were completely new for the organisation. To deliver a strong and meaningful statement against modern slavery, Anglicare needed a tool that could help them make data-driven decisions. There were various tools for compliance solutions for modern slavery in the market, and they explored several of them before getting in touch with ethiXbase for support.

Before doing so, Anglicare also brought on board global law firm Norton Rose Fulbright to help them with compliance requirements and litigation. It was this law firm that introduced them to ethiXbase.

When introduced to Anglicare, ethiXbase quickly understood that the company needed a comprehensive solution that could help it tackle modern slavery and effectively identify potential modern slavery risks within its business operations and supply chain. Since Anglicare had limited knowledge and no existing framework of the criteria needed to qualify a supplier, ethiXbase helped Anglicare develop a solution that was closer to its expectations.

To assist businesses like Anglicare in satisfying these reporting requirements and assessing modern slavery risk within their supply chains, ethiXbase partnered with a global law firm, Norton Rose Fulbright, to develop its Modern Slavery Questionnaire (MSQ). The solution combines a questionnaire and risk computations for third parties to help businesses identify the potential for human rights abuses across their supply and manufacturing chains. Moreover, the questionnaire helps businesses reduce risks and manage them better in order to properly comply with Australia’s Modern Slavery Act 2018.

The Modern Slavery Questionnaire was built within the ethiXbase 360 platform, and Anglicare was an early adopter of the solution. The tool makes use of several risk factors, including contractual, industry-based, and jurisdictional risks, and points out any areas of concern that may arise across the entire supplier database.

The automated questionnaire is provided to suppliers online, and provides a rating that is evaluated using several data sources, such as political and economic country risk and global slavery risk.

Anglicare applied the MSQ to a smaller group of critical suppliers that were key to ensuring their operations continued to run smoothly without any risk of modern slavery. Along with the questionnaire, ethiXbase also helped Anglicare prepare a comprehensive modern slavery report they can submit along with a complete risk assessment that could attest to the fact that they don’t work with suppliers practising behaviours associated with modern slavery.

Anglicare benefitted greatly from utilising ethiXbase’s user-friendly Modern Slavery Questionnaire. Through the online questionnaire, Anglicare was able to receive valuable modern slavery risk data and insights from an easy-to-navigate dashboard. The data and insights from the questionnaire, along with the expert knowledge of the ethiXbase team, aided Anglicare in evaluating its relationship with its suppliers and, ultimately, creating a meaningful modern slavery statement to comply with the requirements of Australia’s Modern Slavery Act.

Speaking to the benefits ethiXbase delivered to Anglicare in terms of compliance expertise, Shehan said, “For us, partnering with an organisation like ethiXbase was very beneficial because [compliance] is what they do. There are so many other tools that people have developed that can do questionnaires, but they don’t come with the same background knowledge.

Due to the combined efforts of ethiXbase and Norton Rose Fulbright, Anglicare was empowered to succeed in presenting a strong statement against modern slavery that fulfilled the requirements of the Modern Slavery Act 2018. In Anglicare’s 2019/2020 Modern Slavery Act Statement, the organisation stated that ethiXbase’s online Modern Slavery Questionnaire was specifically chosen for its ability to inquire about the supply chain of Anglicare’s suppliers.

Not only did ethiXbase’s Modern Slavery Questionnaire help Anglicare identify potential risks of modern slavery within its supply chain, but it also provided valuable insights into how Anglicare should conduct future engagement with suppliers, as well as future due diligence practices, based on the risk profiles allocated by the ethiXbase platform. These insights helped inform Anglicare’s modern slavery risk mitigation strategies.

Australia’s Modern Slavery Act 2018 requires companies to submit their supplier risk assessment reports in stages. That’s why ethiXbase has a continued partnership with Anglicare, which relies on the Modern Slavery Questionnaire to prepare a response for the second stage. The organisation has shared extremely positive feedback regarding ethiXbase’s services, especially its support team.

Anglicare has expressed a desire to renew its subscription for ethiXbase’s tool for another year, which proves how effective the tool is for maintaining compliance. Last but not least, Anglicare also recommends the Modern Slavery Questionnaire tool for other companies that are looking for similar compliance solutions.

How to make your sustainability initiatives work