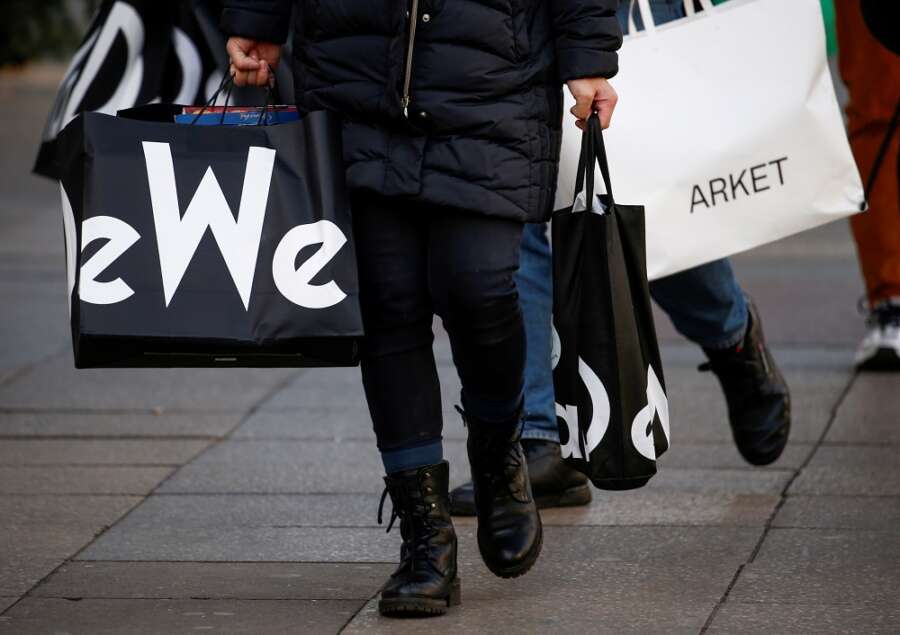 In price-adjusted terms, retail sales in the crucial November-December period are forecast to drop by 4% year on year, the HDE said.

It was one of the first forecasts from a major European economy for the festive period, which will be one of the toughest as households struggle to contend with soaring energy and food bills.

The HDE’s survey of 500 companies found that a little more than half expected this Christmas sales period in Germany to be worse than last year, while 21% feared it would be considerably worse.

In nominal terms, sales are expected to rise 5.4% year on year in the final two months of 2022, the association said.

In October German inflation climbed to 10.4%, its highest in about seven decades.

The retail sector is emerging from two years beset by COVID-19 restrictions, including in December 2021 when fears of the newly emergent Omicron variant of the virus forced a pre-Christmas lockdown.

“Today, it’s a different situation. This uncertainty in Europe, with a war that is very close to us, ensures that consumer sentiment is not good,” Genth said.

After two exceptionally strong years during the pandemic, online retailing is experiencing a normalisation in sales, with its first ever year-on-year sales decline forecast by the HDE – a nominal 2022 fall of 2.3%, or 7.2% in real terms.

The HDE saw silver linings for the 2022 Christmas period in a relatively stable job market and the fact that 19% of consumers plan to spend more than 300 euros ($301.92) on gifts, its survey of more than 2,000 people showed.

Many European retailers have fought to keep prices low in an attempt to lure cash-strapped shoppers, with Dutch grocer Ahold Delhaize and Primark owner Associated British Foods among those registering a boost in sales.

And with Black Friday approaching on Nov. 25, shoppers could rush for discounts.

However, Genth warned that economic difficulties could deny German retailers the luxury of being able to offer discounts.

“In retail, we have absolutely nothing to give away these days because the costs are rising for us just as much,” he said.