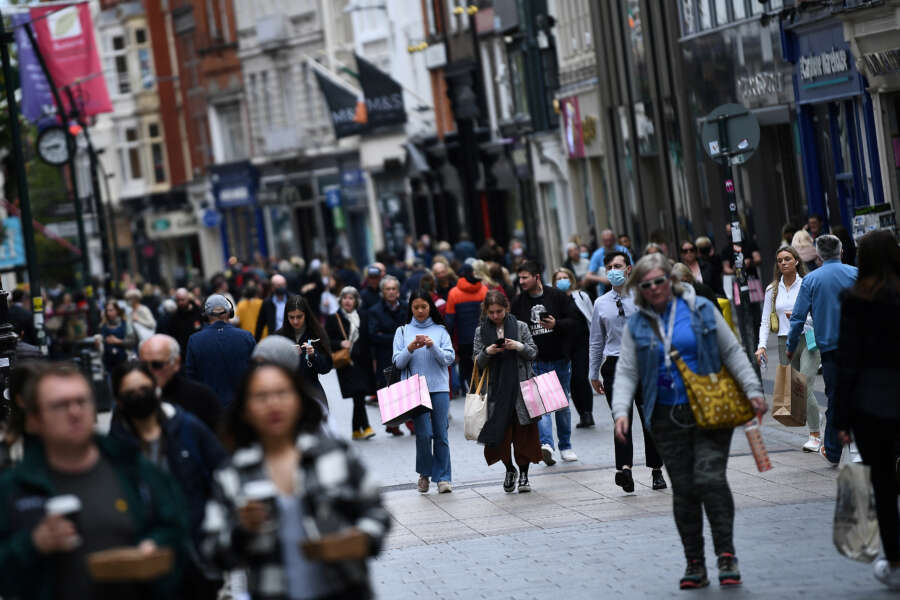 A general view of a crowded Grafton Street while retail reopens fully as coronavirus disease (COVID-19) restrictions continue to ease after an extensive lockdown period in Dublin, Ireland, May 17, 2021. REUTERS/Clodagh Kilcoyne/File Photo
Headlines

The Credit Union Consumer Sentiment index fell to 45.3 from 46.1 in October, having recorded a 14-year low of 42.1 in September even as the economy continued to grow in the face of the rising cost of living.

Foreign-owned companies employ more than 275,000 people in Ireland, or one in nine workers, and the survey’s authors believe that recent job losses in the large multinational tech sector are adding to consumer caution.

But they also detected an element of resilience in the Irish reading when compared with the United States, where many of the tech layoffs have been announced. The United States suffered a significant and unexpected drop in consumer sentiment this month.

The health of the Irish jobs market in recent years, coupled with reports of significant unfilled vacancies and skill shortages in tech-related areas, is producing “a more measured if still material immediate reaction to the spate of job losses seen during the November survey period,” the authors said.