Home Business Is a lack of sleep killing your business?
Business

Is a lack of sleep killing your business? 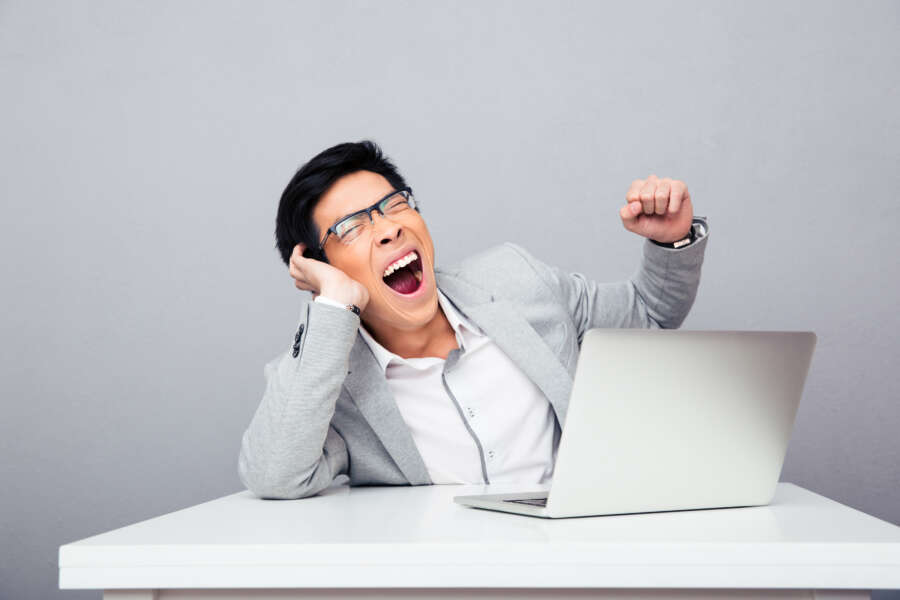 A good night’s sleep is essential for maintaining cognitive function, creativity, productivity and general functionality. Yet a huge chunk of the working population is not getting enough. A 2013 survey by the National Sleep Foundation found that 65 per cent of US adults slept less than seven hours a night. In the UK the figure was lower but still sizeable, at 39 per cent. Taken as a whole, nearly one out of every two adults across the developed world will be sleep deprived going into work this week.

Sleep deprivation degrades many of the key capabilities that are required for most types of employment. So why, then, do we overvalue employees that undervalue sleeping? It is bizarre, considering how sensible the business world is in all other areas, including health and safety, and general conduct. The general culture of lauding sleepless workaholics probably comes from the mistaken belief that time-on-task equates with task completion and productivity. But that is a myth, and an expensive one too.

The cost of sleeplessness

In 2016 a study by the RAND corporation found that a lack of sleep may cost the UK economy up to £40 billion a year, or just under £2,000 per employee per year in lost productivity. Similar studies by other organisations have estimated that insufficient sleep can rob an industrialised nation of as much as 2 per cent of its GDP, or roughly the same amount of the average military expenditure.

Underslept employees work at a lower rate and take longer to complete basic tasks. They also tend to generate fewer and less accurate solutions to work-related problems. And yet even amongst CEOs that are driven by KPIs, commercial success and other performance indicators, the idea that their employees should be sleeping more flies under the radar.

Fatigued employees are not going to drive a business forward. Instead, like a group of people riding stationary exercise bikes, they look like they are pedaling but are actually going nowhere. Even worse, research by the Washington University Foster School of Business found that employees who sleep less than six hours are more likely to lie, commit forgeries, and even to blame others for their mistakes. All of which is hardly a recipe for success.

Sound sleep makes for sound business practices, and fortunately some businesses are sitting up and taking note. Procter & Gamble Co and Goldman Sachs have begun offering “sleep hygiene” courses to their employees. And because these giants can afford it, they’ve fitted out many of their offices with expensive, high-grade lights to help employees with their natural circadian rhythms.

Google and Nike have relaxed their work schedules, allowing their staff to operate under conditions better optimised to their individual morning lark or night owl tendencies.

But even these giants are late to the game when we consider how NASA operates. As early as the mid-1990s, NASA scientists realised that naps as short as half an hour offered a vast improvement in task completions and overall awareness by as much as 50 per cent. NASA has a nap culture right through its organisation.

It’s pretty clear from the evidence that sleep deprivation is bad for business. It’s time to change how we as a society look at sleep. Fortunately, at least one positive from the coronavirus lockdowns is that people are getting much more of it. It’s the revenge of the night owls. And this makes things much easier for many businesses in which some work at least can be done from home.

Allowing for a degree of flexibility in hours to accommodate night owls is a must. In situations where people must be in the office, encouraging little naps in the afternoon (after lunch, when most of us feel naturally drowsy) is such an easy and efficient way to improve employee satisfaction and productivity. Some companies even have quiet zones or “shh” pods where people can doze off for a bit.

We must take some responsibility at home of course. Which (obviously) includes getting to bed a little earlier, not drinking coffee after 5pm, and not looking at any screens (including TVs and mobile phones) an hour before sleeping.

And finally, our sleeping circumstances matter too. For a good night’s sleep — well, we really need to be in the ‘thermoneutral’ zone — at a temperature where our bodies do not have to consume excess energy to cool us down or make us hotter. When we are too hot, our bodies can be pushed out of the thermoneutral zone, which results in sweating and other things which can be discomforting.

So if you’re looking for a mattress that will keep you cool at night, consider the following: is the mattress made of cool-to-the-touch materials? These fabrics — while not perfect — will work to quickly remove heat from the body. These materials can include types of gel or even metal particles.

Another thing you’ll want to look out for is — is it constructed in a ‘breathable’ way? If the mattress has large hollow sections inside, then these chambers will make it easier for air to ventilate through. A spring construction mattress is one example of this.

Sleep well and sleep often. Your body (and your boss) will thank you for it.

About the Author
Neil Wright writes for Beds Divans, a company that sells beds, sofas and other furniture.
Share on FacebookShare on TwitterShare on LinkedinShare on PinterestShare on XingShare on Reddit
0 comment 0 FacebookTwitterPinterestLinkedinEmail
previous post

Yes, winning the Euros really can help your stock market

Who Qualifies for a Business Start Up Loan?