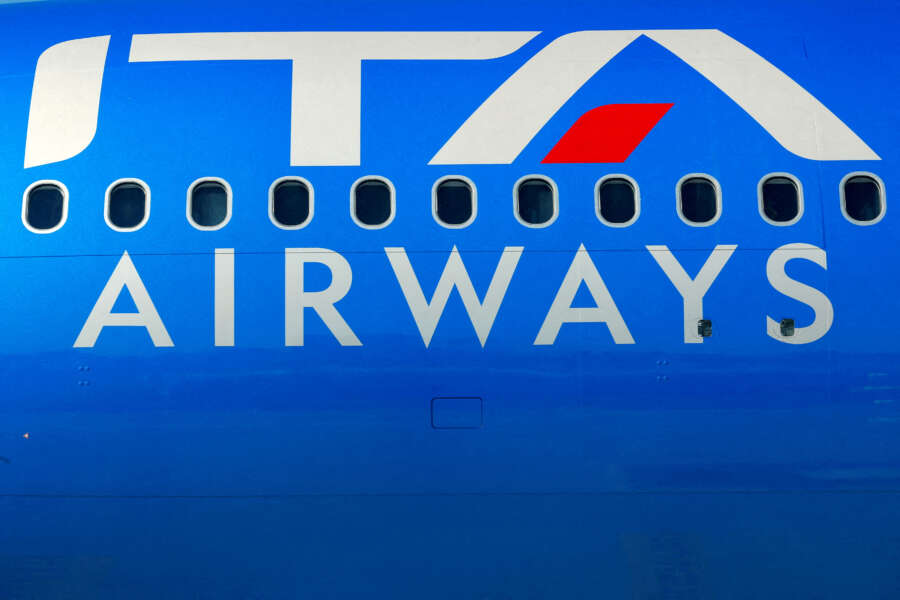 FILE PHOTO: The logo of the new state-owned Italian carrier Italia Trasporto Aereo is seen on a plane with the new blue livery at Fiumicino airport before a news conference to present the aircraft's new fleet, in Rome, Italy, March 1, 2022. REUTERS/Remo Casilli
Headlines

ROME (Reuters) -The Italian economy ministry on Wednesday said it would appoint former Treasury official Antonino Turicchi as chairman of state-owned carrier ITA Airways, the successor to Alitalia. Turicchi, who also sat on the board of state-controlled bank Monte dei Paschi di Siena, is currently the CEO of FINTECNA, a financial holding company controlled by state lender Cassa Depositi e Prestiti (CDP). At ITA Airways, he will take the place of Alfredo Altavilla, who resigned earlier this month after a clash with several board members over strategy to complete the privatisation of the airline. In August, the Treasury picked a group led by U.S. private equity fund Certares, backed by Air France-KLM and Delta Air Lines Inc, for exclusive talks on buying a majority stake in the carrier.

The exclusivity period ended last month but talks over a potential sale agreement are continuing.

It remains to be seen whether MSC and Lufthansa will formalise a new offer.

Confirming a Reuters report on Tuesday, the Treasury said in a statement it would appoint Turicchi at an ITA Airways shareholders’ meeting on Wednesday.

Turicchi had recently been indicated by political sources as a potential candidate to replace Alessandro Rivera as director-general of the Treasury.