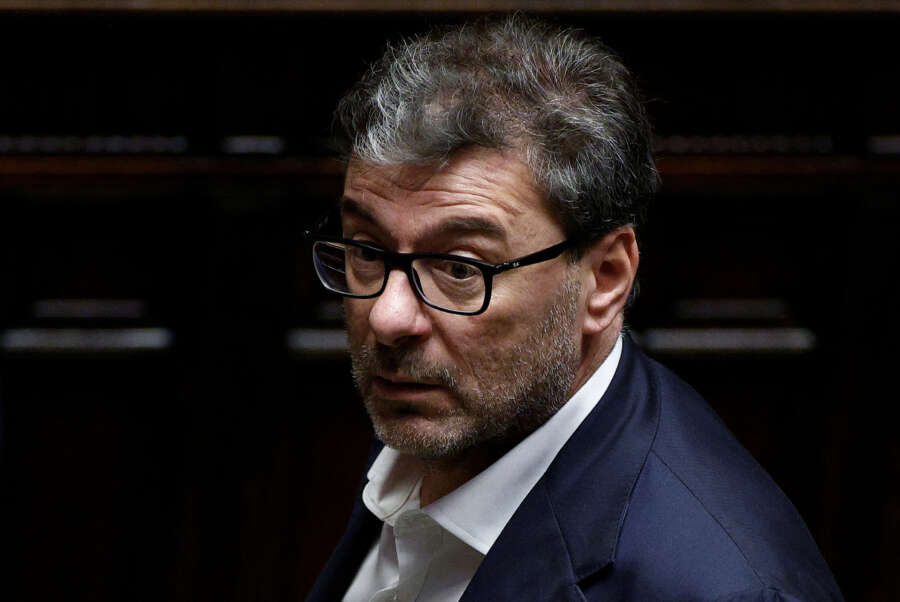 Italy’s Giorgetti gets Meloni’s backing to be economy minister

ROME (Reuters) -Giancarlo Giorgetti, a former industry minister and the deputy leader of the right-wing League party, looked well placed to become Italy’s next economy minister on Thursday after getting the backing of the conservative coalition chief.

“I think Giancarlo Giorgetti would be an excellent economy minister,” Giorgia Meloni, expected to be named prime minister this month, told reporters in parliament.

The rightist alliance led by Meloni’s Brothers of Italy group has been struggling to agree over Cabinet positions ever since it easily won a Sept. 25 election, with the key economy job proving particularly hard to fill.

Giorgetti, considered one of the League’s most moderate, pro-European figures, has emerged as a front runner for the post which was initially widely expected to go to a technocrat in an attempt to reassure financial markets.

“If the League wants me at the economy ministry I’ll go there,” Giorgetti told reporters shortly before Meloni’s comments, in a shift from previous, more cautious remarks. Earlier on Thursday he had told Reuters he wasn’t sure whether he was up to the job.

Meloni, on track to be Italy’s first woman prime minister after Brothers of Italy outperformed its coalition partners at the election, is not due to formally name her cabinet team before Oct. 20.

Giorgetti, first elected to parliament in 1996, was industry minister in Mario Draghi’s outgoing government and served for 10 years as president of the lower house budget committee.

If he does get the job he will have a daunting task to keep the coalition’s tax-cutting promises without pushing up Italy’s huge public debt worth around 150% of national output.

He will also need to tackle record-high inflation and surging energy costs which are hurting firms and families.

The Treasury forecast last month that the euro zone’s third largest economy contracted in the third quarter and will continue to shrink until the second quarter of next year.

A senior League lawmaker who asked not to be named told Reuters late on Thursday that it was now “extremely likely” that the coalition would pick Giorgetti for the post.