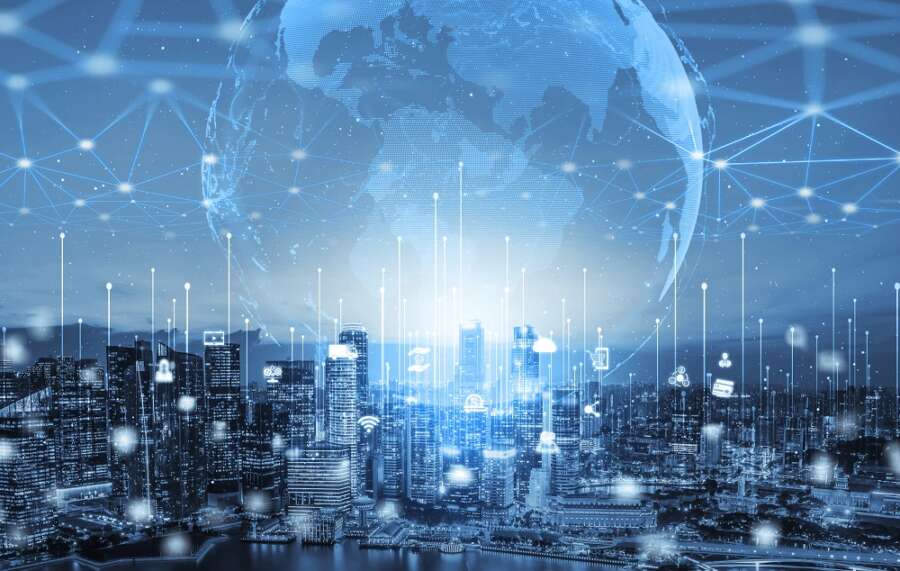 UK, May 2022 – One of the key points in the Government’s roadmap to Levelling Up is in danger of hitting a major stumbling block thanks to a lack in awareness, funding and focussed roles when it comes to the roll out of Gigabit broadband in the UK, the latest research by Cluttons has suggested, alongside potential solutions to the challenges in a bid to support and accelerate the roll-out.

Connecting the UK, a new report by Cluttons, in association with YouGov, collated input from 550 UK-wide councillors into the roll-out of 5G and Gigabit capable broadband. The Government previously prioritised the roll-out as one of its 12 key points in the Levelling Up white paper, which aimed to provide a roadmap for the initiative, one of the most high profile pledges in recent years, however the targets themselves were ‘watered down’.

John Gravett, partner at Cluttons, said: “Connectivity should be considered one of the most crucial factors towards Levelling Up the UK given it is inextricably linked to investment, performance, jobs, talent, education, access to social and healthcare. It is disappointing therefore that we are behind on the progress towards reaching 85% nationwide capable gigabit technology by 2025, something even the Parliamentary Watchdog accepted in its report earlier this year. Our research with YouGov supports this, and flags further stumbling blocks that the UK needs to overcome in order to meet these targets and supercharge the UK’s connectivity programme. However, we believe these challenges can be overcome.”

“Our findings from councillors in particular highlight that Local Authorities have a huge role to play, if the Government can empower and support them properly through funding for example. The role of Local Authorities lies in strategising, championing and coordinating. For many this includes having in place a digital strategy and appointing a digital champion. However, we have found that less than half of councillors say their Local Authority has either of these things in place, despite the Government’s commitment to upgrading the UK’s digital infrastructure.”

The report highlighted a number of challenges for Local Authorities to overcome. Despite almost 82% of MPs believing future digital connectivity be incorporated into local development plans, only 45% of councillors said their Local Authority had a digital infrastructure strategy in place, and only 31% had an appointed digital champion. For those Local Authorities which did have a strategy in place, the corresponding councillors were four times more likely to believe that the LA also had an effective relationship with mobile and broadband providers, four times more likely to believe that their LA was doing enough to smooth the way for the rollout of critical infrastructure and three times more likely to believe that promoting and improving connectivity was a priority for the local area.

In addition, just 15% of councillors said that their local authority had the funding it needed to prioritise digital connectivity and 24% said they thought it had the information required for promotion. As a result, only 32% thought their Local Authority was doing enough to smooth the way for rollout and 22% thought their LA had an effective relationship with infrastructure providers.

Gravett continued: “Many of these Local Authorities and Councils are under resourced and under increasing financial pressure post pandemic and so any barriers are even more restrictive and difficult to overcome when it comes to connectivity. We need the Government to recognise that and empower and support LAs to mobilise the roll out uniformly across the UK. They will only do this with greater funding, information and powers. Otherwise, we may find ourselves in a situation whereby some LAs are effective in digital connectivity and some aren’t – leading to a possible scenario whereby the communities are facing a postcode lottery when it comes to broadband speeds and mobile coverage – hardly in the spirit of Levelling Up. We want to prevent this from happening and show the Government the findings of our research together with real solutions to overcome the increasing barriers to progress.”