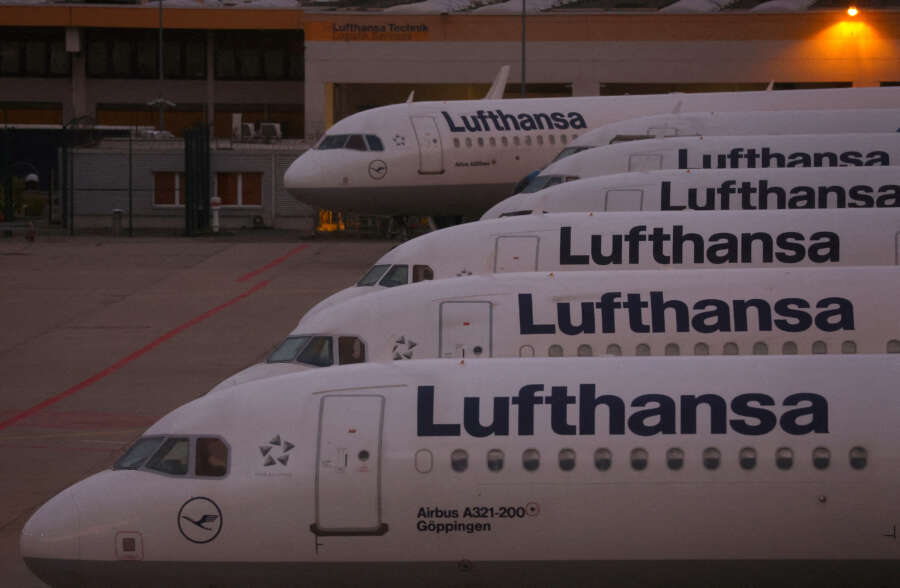 FILE PHOTO: Planes of German air carrier Lufthansa are parked as Lufthansa pilots start a strike over a wage dispute, at the airport in Frankfurt, Germany September 2, 2022. REUTERS/Kai Pfaffenbach
Headlines

BERLIN (Reuters) – Deutsche Lufthansa said it planned to hire 20,000 new employees as the German flagship airline launched a recruitment campaign on Monday, with job openings in over 45 areas.

The company said it was mainly looking for people in product-related and service-oriented areas at its locations in Frankfurt, Munich, Zurich, Vienna and Brussels, as well as at its technical base in Hamburg and at the locations of its Eurowings subsidiary.