Many British workers think that inflation will pass 8% in April 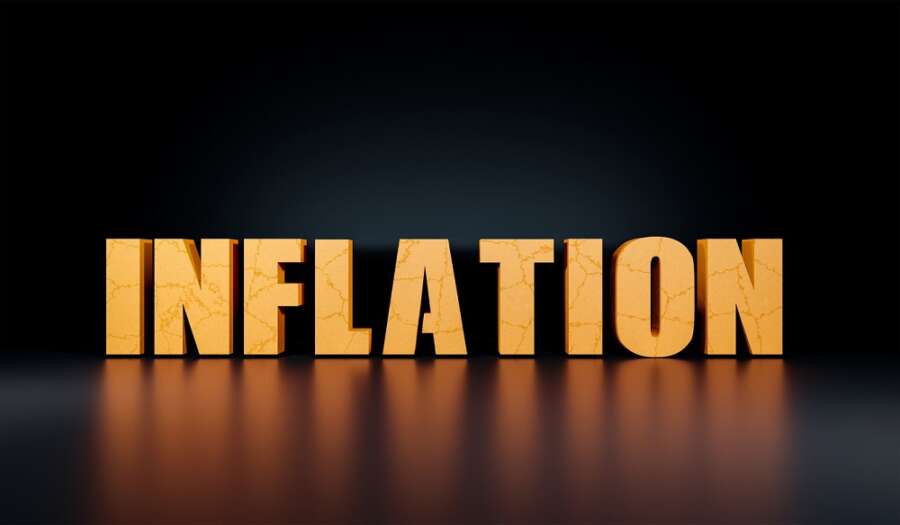 The Bank of England (BoE) may be expecting the UK’s inflation rate to peak at over 7% this spring, but many workers are taking a more pessimistic view – predicting that it’ll pass 8% or even 10% next month.

With inflation already at its highest level for 30 years due to the pandemic, HR software provider CIPHR polled 1,151 British adults to find out how high they think it will reach in the coming months.

CIPHR asked survey respondents to consider how their own ‘cost of living’ may have changed over the past year, particularly in terms of paying bills and buying essentials, and to factor in whether (and how much) they felt prices had risen when calculating the rate of inflation.

Opinions were predictably varied, with the results showing that two-fifths (39%) of people believe that inflation will reach 8% or more. Of those, nearly a third (30%) think it’ll top 10% and one in 11 (9%) people think it could exceed 15%.

Workers with children also viewed inflation rates slightly differently to those without children. People with two children or more were, statistically at least, more likely to predict a higher rate of inflation – of 10% or more – than those with one child or none (33%, 29% and 28% respectively).

Many people may only have had a vague idea of what the current inflation rate was in the UK until more recently, when inflation soared and its impact on current and future household income and spending power became more apparent.

Search interest for the query ‘inflation rate’ rose significantly at the end of last year to reach peak popularity (registering 100 on Google’s scale from 0-100) in late January – coinciding with the release of official figures, which showed that inflation had reached 5.4% in December 2021. Search queries for ‘cost of living’ peaked around a week later.

According to Google Trends data, people in the UK haven’t been this interested in the term ‘inflation rate’ since the beginning of the 2008 financial crisis.

Search interest in ‘inflation rate’ and ‘cost of living’ according to Google Trends data:

Commenting on the results of the poll, David Richter, director of marketing at CIPHR, says: “Inflation affects all of our lives in different ways. For most workers, rising inflation hurts – it pushes the cost of living up and means your wages don’t go as far as they use to. This usually means that lower earners often spend a greater proportion of their income on essentials, compared to higher earners who still may have some income to spare for discretionary purchases, which they may choose to delay or forgo. CIPHR’s latest research does seem to bear this out, with the results suggesting that workers under £30,000 believe that prices have risen more than respondents who earn over £45,000.

“We set out to investigate what different people think about inflation. By asking respondents to base their inflation rate predictions on how much they think prices have risen over the last year – we’ve been able to show how people’s cost of living experiences – and changes to their own cost of living standards – potentially skew how they perceive inflation. Unfortunately, based on these findings, most of us think inflation is set to get worse rather than better in the months to come.”

CIPHR polled 1,151 employed British adults between 24-26 February 2022. Around 13% of survey respondents hold leadership or senior management roles in the organisation, which employs them. The results are available to view at: https://www.ciphr.com/inflation-rate-predictions-survey-results.

How Narrative Monitoring Can Save Your Business From False Narratives