“MY BATTLE WITH MRSA INSPIRED ME TO START A SUPPLEMENTS BUSINESS”

Sporty Ben May went to hospital for a routine knee operation and contracted the deadly superbug.

He spent 44 days in hospital, lost three stone and faced amputation of his leg.

The illness left him with numerous skin conditions which inspired him to set up his own skin supplements business from his bedroom. 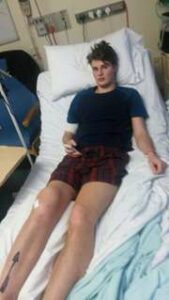 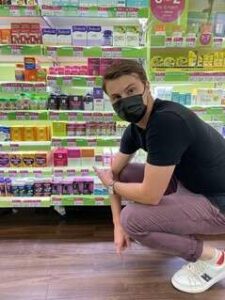 An ex footballer who suffered a life-threatening bout of MRSA, has told how his illness inspired him to quit his corporate job and launch his own health supplement business which is now stocked nationwide.

Founder of Skin Woof, Ben May, 28 from Haslemere, contracted the highly resistant bacterial infection in 2015 when he was just 21 after going into hospital for a routine injury operation following a kickabout. Little did he know it would leave him fighting for his life and potentially facing an amputation of his leg.

He said: “Before I went into hospital I was a regular fit and healthy 21 year old, I was top of my university’s football team and the future was looking bright for me.”

10 days after his operation to repair his knee, Ben was rushed to hospital as he was feeling ill with a high temperature. He spent 44 nights in hospital across three months to try and ‘flush out’ the MRSA infection. As a result, he lost nearly three stone in weight in the first two weeks and endured eight operations. At the worst point, he was told that if the infection had not improved, doctors would have had to amputate his leg in order to save his life.

He reflects: “Everything I had at that point had been taken away from me – my good health, my ability to play sport, my university degree which I had to put on hold. It was an emotionally and mentally difficult time for myself and my family and the lowest point in my life.”

His final ligament reconstruction was at Epsom Hospital in June 2016, over 18 months after his first knee operation. This is when the idea for his business, Skin Woof, started. Ben, who had previously been pursuing a career in banking, had a new perspective on life and decided to chase fulfilment and impact after his health scare.

He explains: “The side effects of my illness weren’t just on my physical health. One of the side-effects of all the antibiotics was that I had green, blemish-covered skin and it knocked my self-confidence. I tried skin care cream and solutions but nothing seemed to be working. It wasn’t until I tried natural supplements that I started to get results

“It was then I decided I wanted to help others regain their self-esteem, as well as inspire people who have gone through similar bad experiences and build that confidence back up.”

In August 2017, Ben, who has now fully recovered, launched his own skin supplements company, Skin Woof. He worked with dermatologists and nutritionists to produce supplements with ingredients such as hyaluronic acid — claimed to help the skin retain moisture — to reduce acne and promote healthy skin. 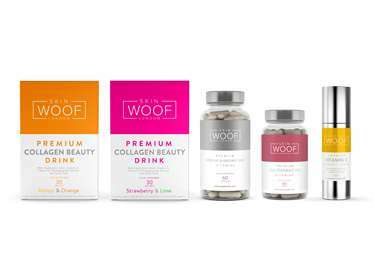 The products have helped countless people, including Ceva Moore below who suffered with similar acne conditions like Ben. 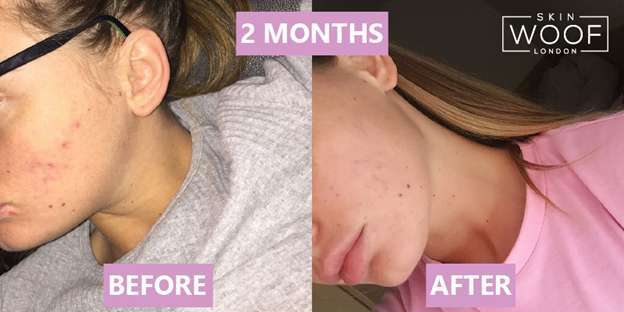 Ben launched Skin Woof’s original Healthy & Radiant Skin Vitamins online out of his bedroom. Ben worked a number of part time jobs to pay his bills whilst reinvesting all profits back into his business.

Since its launch, the supplements startup has gone from strength to strength. It now has a range of collagen drinks, tanning supplements and a vitamin C serum. The Collagen Beauty Drink won number 1 best new beauty supplement at the Pure Beauty Awards in 2020 and in August 2021, the entire range is now stocked in 100 Superdrug stores and online. 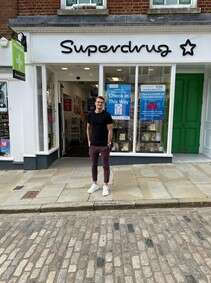 Ben said: “It is crazy to think that if I had never contracted MRSA, I wouldn’t be where I am today or have started Skin Woof. It goes to show that life is so unpredictable and your future might not be what you had planned out but sometimes that can be even more fulfilling and for the better.” 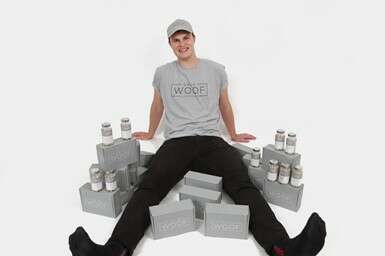 Skin Woof’s range starts at £19.95 and is available via skinwoof.com or selected Superdrug stores.