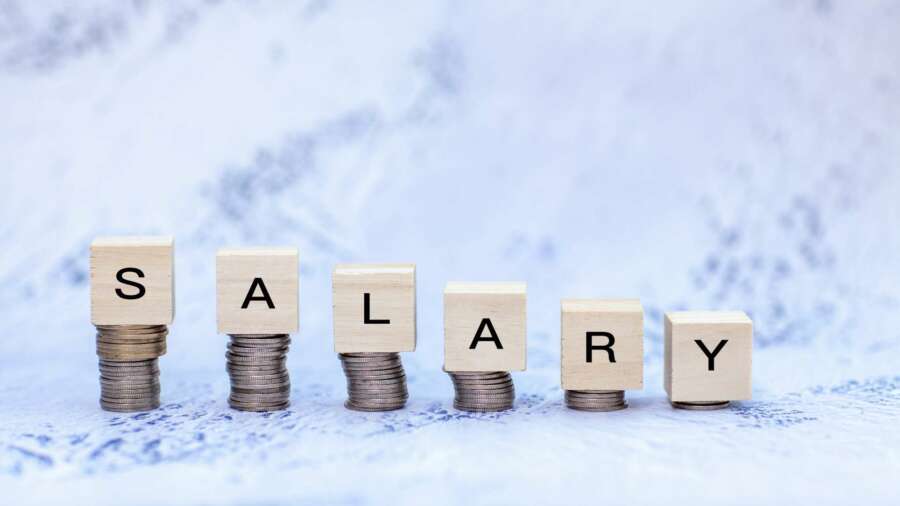 New Hires Are Paid More. How to Negotiate Competitive Salary for Long-Time Employees?

New hires are paid 9% more than usual which is causing friction with long-time employees. Scheduling negotiations about a salary raise and collecting factual evidence to prove one’s worth is a strategy that benefits employees in the long run, expert says.

Although experts predict a 4.6% salary raise in 2023, 68% of companies report long-time staff turnover triggered by feelings of inadequate salary compared to that of new hires, who are paid 9% more than usual.

Increased salary for new hires has been largely influenced by employee shortage and the companies’ continuous fight for the best talents—there were 3% of vacancies across Europe in the second quarter of 2022. Given that one of the most common reasons for employee turnover is unsatisfactory salary, employees who feel they are compensated less than new hires are looking for new ways to boost their pay.

Employees who feel the injustice of being paid less than newcomers might be tempted to make rash decisions based on their emotions—hand in a two weeks notice or quiet quit, putting less effort into their work. Most of the employees are already career cushioning, searching for new employers should they no longer feel satisfied with their current employment conditions, and the discrepancy between their pay and new hire’s salary might be the final push.

However, acting on the spur of the moment is not beneficial in the long run career-wise, Diana Blažaitienė, a remote work expert and founder of Soprana Personnel International, which is a recruitment and personnel rent solutions agency, says.

“Companies may pay more to newcomers to attract talent, but what happens when these new hires become long-time staff and a new person gets higher pay? If an employee acts on emotions and leaves any time a newcomer is paid more, ultimately, they will not establish good credentials with any of the potential employers. In this case, rational negotiations strategy is what makes the real change,” she maintained.

According to the expert, long-time employees who want their salaries to match those of new hires should be aware that it can take up to EUR 30K for companies to replace employees and play that to their advantage. Therefore, she suggests long-time staff catalog all essential statistics, facts, and figures in preparation for their annual performance reviews and provide substantial evidence about why their knowledge and skill set is worthy of higher pay.

“Presenting good solid data about the benefits generated by the employee is what establishes worth within the company. Even though it might be tempting for employees to base the request for higher pay by indicating their knowledge of newcomers’ pay or presenting an offer from a competing company, this strategy usually cannot be repeated more than once,” she added.

Ms. Blažaitienė also reminds that if such negotiations fail and the company rejects the request for a raise based on its financial situation, employees shouldn’t be discouraged. Instead, they should agree to schedule the next performance review once the company is in a better position or make a written agreement about the pay raise or potential bonuses—this way, the employer won’t be able to back down during the next negotiation chat.