Home Business New ONS Data Analysis Identifies Most Recession-proof Regions and Industries for Startups
Our website publishes news, press releases, opinion and advertorials on various financial organizations, products and services which are commissioned from various Companies, Organizations, PR agencies, Bloggers etc. These commissioned articles are commercial in nature. This is not to be considered as financial advice and should be considered only for information purposes. It does not reflect the views or opinion of our website and is not to be considered an endorsement or a recommendation. We cannot guarantee the accuracy or applicability of any information provided with respect to your individual or personal circumstances. Please seek Professional advice from a qualified professional before making any financial decisions. We link to various third-party websites, affiliate sales networks, and to our advertising partners websites. When you view or click on certain links available on our articles, our partners may compensate us for displaying the content to you or make a purchase or fill a form. This will not incur any additional charges to you. To make things simpler for you to identity or distinguish advertised or sponsored articles or links, you may consider all articles or links hosted on our site as a commercial article placement. We will not be responsible for any loss you may suffer as a result of any omission or inaccuracy on the website.
Business 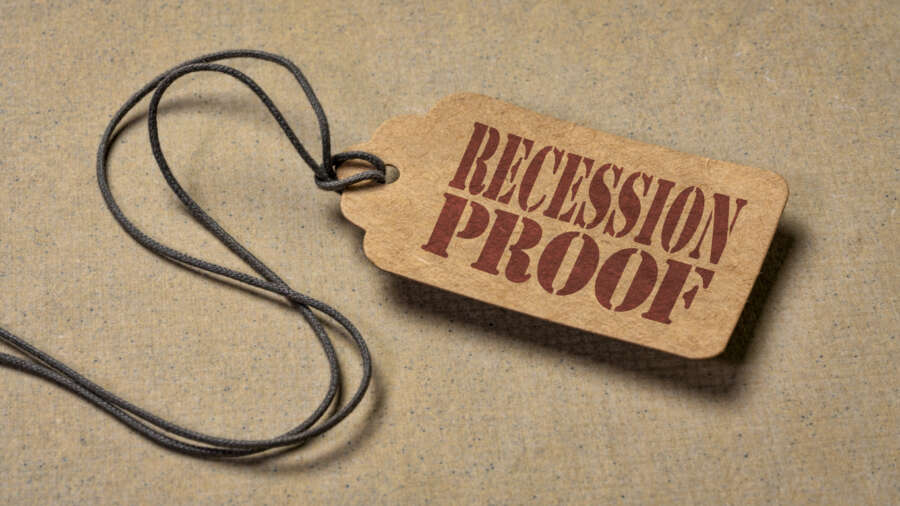 Manchester, UK, Wednesday 2nd November 2022: Today, cloud-based business phone system, CircleLoop, releases the ‘Recession-proof Index’, a new ONS data analysis which finds that businesses launching within the Health industry are likely to have the best chance of surviving the current recession, according to trends uncovered during the 2008 recession.

According to the data, by 2009 in the immediate aftermath of the last financial crash, start-ups in the South West and East of England saw the joint-lowest rate of business failures across all regions, at just 23%. This was closely followed by the South East at 24% making these regions the most recession-proof for new businesses.

Regions that had the highest rates of business failures in 2009, and were therefore the least recession-proof, were London (30%), Northern Ireland (30%) and Yorkshire & The Humber (28%). This suggests new businesses in these areas are likely to be impacted the most by the current economic turbulence.

Further analysis shows that, across data from 2008-2013, the Health industry stands out as the most recession-proof industry for start-ups to launch in despite the recession. New businesses within the Health industry saw the lowest rates of failure, on average, 2 years after their launch than any other industry at 20%. This was closely followed by startups in the Information and Communication industry with an average failure rate of 21%.

Damian Hanson, Co-Founder & Director of CircleLoop, said: “As a Co-Founder and Director of a growing business I recognise the worries and concerns that business owners experience when the prospect of recession is high.  At times like this, and from experience, it is difficult to navigate changing markets and invest more in the things that have always worked for you or decide to ease up and be more cautious to see how things play out. Depending on your location in the UK it is obvious that the data points to some regional variances on business success ratios but there will be many lessons learned during past recessions that we can lean upon.

“They say history repeats itself and though we hope that’s not the case with this recession if it materialises, we know from CircleLoop’s own customers that concern amongst business owners is high but it is not all doom and gloom.

“No one can predict the future, but we can look back and use what history taught us to help prepare and make informed decisions about how we move forward. This is exactly what we hoped to achieve with our Recession-proof Index and I believe this is a valuable resource for any current or future startup founder with concerns about what they should anticipate next.”

The analysis also shows that by 2010, when the recession was considered officially over, the situation had gotten worse for some industries which saw further increases in the rate of business failures after 2 years from their launch. Startups in Business Administration & Support Services saw failures increase by 8%, meaning two in every five (40%) new businesses in this industry did not survive the recession. Those within Arts, Entertainment, Recreation & other Services saw failure rates increase by 6%, meaning a third (33%) of all startups in this industry failed in 2010.

However, by 2011 the number of startup failures finally started to decrease. The Business Administration & Support Services industry saw a 12% reduction between 2010 and 2011, while the Arts, Entertainment, Recreation & other Services industry saw a 7% reduction. This suggests that it takes approximately 2 years post-recession for business failures to stop increasing and some recovery to be seen.

The data, provided by the Office of National Statistics (ONS), consisted of business data from the years 2008-2013, covering the UK’s last financial crash. The data showed the number of business births and deaths across these years and identified the number of startups that failed within two years of launching, providing a business failure rate across all UK regions and key industries.

By analysing this data, CircleLoop has uncovered insights and trends from the previous recession that can inform startup founders and small business leaders of what to expect as the UK enters yet another period of economic turbulence.

Markets to rocket if Fed signals rate rise slow down