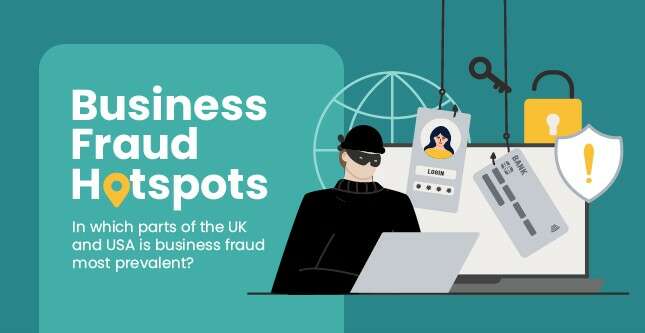 The research, undertaken by anti-fraud experts SEON, has revealed the areas with the highest rates of business fraud per 100,000 people.

The research used data from Action Fraud and recorded both the total number of fraud reports in each area as well as the total number of business or corporate fraud cases. It then compared this to population data, giving relative rates of fraud and business fraud in each geographical area, allowing comparisons to be made.

For all the information, please visit: https://seon.io/resources/business-fraud-hotspots/

The City of London has the highest rate of corporate fraud per 100,000 people in the country at 100.92 cases. This will likely come as no surprise, as the City of London is the centre of the UK’s financial industry and is home to a huge number of businesses, while also being home to a comparably small number of people.

Nottinghamshire has the second-highest rate of corporate fraud in the country, making the county a much riskier place to do business than the majority of the country.

In third place is North Yorkshire. This largely rural county is home to several well-off small cities and market towns, such as York and Harrogate, which act as business hubs for the area and are likely the focus of fraudsters’ attention in the region.

The Areas With The Most Costly Incidents Of Business Fraud:

County Durham, the territory policed by Durham Constabulary, has the highest average losses per report of business fraud in the country. This huge sum is more than three times higher than every region other than second place, which it is still noticeably higher than.

In second place is the City of London. While still being much higher than the vast majority of other regions, it is perhaps surprising that the City of London did not top the leaderboard in this instance, given that it is home to the UK’s finance industry.

Lancashire is the third most expensive place to be hit by business fraud. While substantially lower than the average losses incurred in County Durham and the City of London, this figure is still high enough to put some small companies out of business altogether.

Trying Veganuary? Here’s Why Buying Local Is the New Year Challenge That Makes a Difference