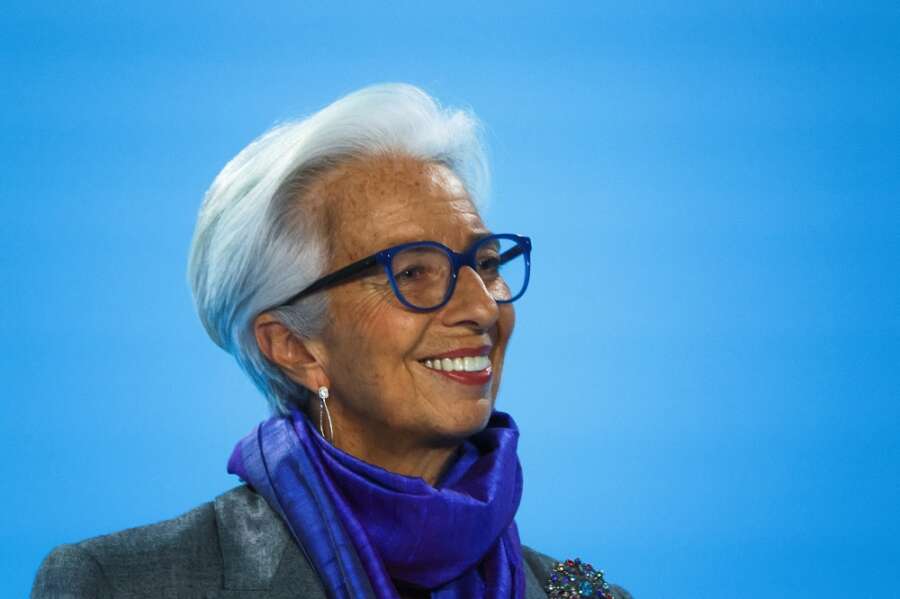 By Naomi Rovnick and Dhara Ranasinghe

LONDON (Reuters) -Forget a year-end rally in financial markets. The message from major central banks is loud and clear: the battle to tame inflation is far from over.

Central banks in the United States, euro zone, Britain and Switzerland met on Wednesday and Thursday and all slowed the pace of aggressive rate moves.

But their signalling was not what markets, which have rallied hard in recent weeks on the notion of peak inflation and peak interest rates, wanted to hear.

European Central Bank President Christine Lagarde said to expect more 50-basis-point rate increases for a period of time and that the ECB was not “pivoting” yet.

Italian borrowing costs were last up almost 30 bps at 4.13%, while European shares slid nearly 3% and stocks on Wall Street tumbled 2%.

A slight drop in euro area inflation in November, to an annual rate of 10%, had sparked market speculation that the ECB might pivot away from its fight against soaring prices.

“The market had been getting ahead of itself about the euro area in the past few weeks … they’re now repricing the fact that the ECB is going to have to remain hawkish,” Lesne said.

Ed Hutchings, head of rates at Aviva Investors, said he expected peripheral European bonds to “struggle” from here and European bonds in general to be somewhat less supported.

Federal Reserve chief Jerome Powell meanwhile warned on Wednesday that recent signs U.S. inflation may be slowing have not brought any confidence yet that the fight has been won.

On Thursday, the S&P 500 fell to its lowest level in a month. On Tuesday, the index had jumped as much as 2.76% to a three-month high as an unexpectedly small rise in consumer price inflation buoyed hopes that the Fed could soon dial back its rate hikes. The S&P has lost more than 16% this year.

Switzerland’s central bank chief Thomas Jordan also weighed in after a 50 bps hike, saying it was too early to “sound the all-clear” on inflation.

“It does feel like the major central banks, including the Fed, are having to fight a market narrative of relief that we’ve hit peak rates,” said Hetal Mehta, senior European economist at Legal & General Investment Management.

Recent data showing inflation in the United States and Europe easing slightly caused bond yields to come off multi-year highs and the S&P 500 to rally over 10% from a low in October.

While U.S. 10-year Treasury yields are still set to end the year up 200 bps, they are down 32 bps in Q4, in what is set to be their biggest quarterly drop since early 2020. German benchmark Bund yields are also up 200 bps over 2022 but stand almost 50 bps lower than a multi-year high of 2.5% reached in October.

Such sharp moves loosen the very financial conditions that central banks are trying to tighten in order to contain inflation.

“A market rally would be an easing of financial conditions that jars with the idea that they (policymakers) need to get interest rates into restrictive territory,” said Mehta.