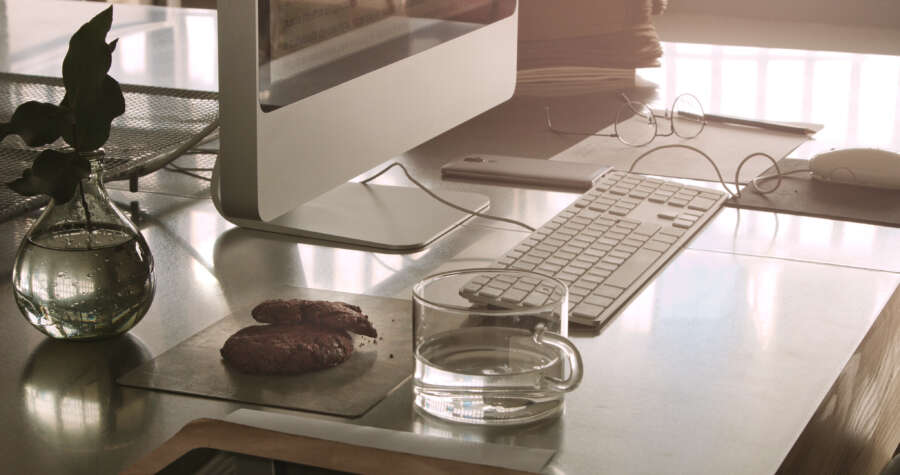 Distraction, isolation and inability to unplug from work cited as greatest disadvantages of home working

London, – New research from Office Space in Town (OSiT) has revealed the growing health and wellbeing impacts of continued home working, as the UK awaits the final stage of lockdown easing. The survey additionally reveals a steady return to the office is now underway, with the majority of workers eager to return to their workplace once vaccinated.

OSiT’s research reveals that lockdown has had serious consequences for employee wellbeing. Worryingly, 37% of people reported suffering from anxiety or depression while working from home during the third lockdown. Over half (51%) felt their mental health had been negatively affected – a concerning increase of 18% compared to the proportion of people who said they felt this way in OSiT’s May 2020 survey on the impacts of lockdown home working.

Distractions were also the most cited disadvantage of home working (43%), followed by difficulty collaborating with colleagues (41%) and unplugging from work (39%). Furthermore, the percentage of people citing lost collaboration with colleagues as a disadvantage had risen by an additional 10% compared May 2020 figures, while those struggling to unplug when working from home had also increased, raising serious concerns of long-term employee burnout.

The survey findings also indicated the demand for office working remains strong among both employers and workers themselves, with two-times the number of people now working from their office than in May 2020 and 84% saying they want to return to the workplace once vaccinated. Additionally, 75% of people reported that their company has maintained its offices throughout the pandemic and 16% said they had returned to working from their normal office location. This is twice the number of people who were travelling to their normal workplace during the first lockdown.

Findings additionally indicate a widespread desire to return to the office on a more flexible basis. 44% of respondents reported they would want to work in a hybrid way over the next 6-12 months, combining home and the office. 72% plan to spend between one and four days per week in the office.

While the survey highlighted a number of benefits of home working, those citing shorter travel or no commute as an advantage of remote working had declined to 66% – a drop of 6% compared to the same period in 2020. Over half (55%) cited the opportunity to save money as a key advantage, while 15% reported that home working had made it easier to accommodate childcare commitments.

As the vaccine rollout continues, OSiT’s research indicates that the number of people concerned about catching or spreading the coronavirus had also fallen by 33% ​and 41% respectively in the year between May 2020 and May 2021.

The research has also identified a clear list of measures that can support people to feel safe and confident when returning to the office. Flexible hours to avoid peak commute times and hand sanitiser provided at desks were the most popular interventions (56%), followed by sneeze screens (48%) and temperature checks on arrival (40%). The number of people who said that sneeze screens would make them feel safer in the office had also increased by over 59% since the first lockdown.

Niki Fuchs, Managing Director of Office Space in Town: “It is clear from this research that protracted home working cannot be sustainable for people or businesses. In fact, these findings show its widespread consequences for worker wellbeing.

“While people have benefited from increased time with family and flexibility around childcare, 84% of us want to return to the office in some capacity. The office has a crucial role to play in prioritising collaboration, mental health and productivity as businesses recover from the pandemic. But, without an office footprint, organisations can only claim to offer “false flexibility” for their staff.”

Giles Fuchs, Chief Executive of Office Space in Town: “I am not surprised to see that 75% of respondents’ companies had retained their full office space through lockdown and that a return to the workplace is already underway.

“While businesses must be understanding of employees’ needs and health concerns, good company culture and effective development opportunities just can’t be recreated over Zoom. The pandemic has accelerated an existing cultural shift towards greater flexibility. Now, this survey shows the genuine appetite – and need – for hybrid working strategies with flexible office space at their core.”

LEGIONELLA THREAT: HOW BUSINESSES CAN AVOID THE NEXT HEALTH CRISIS LURKING IN THE WATER PIPES