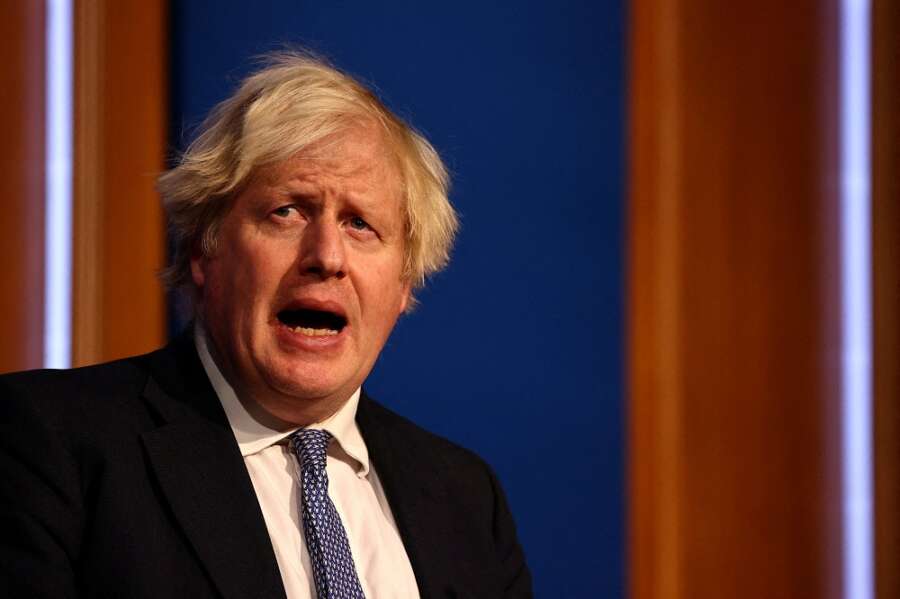 By Kylie MacLellan and Alistair Smout

LONDON (Reuters) – British Prime Minister Boris Johnson is not planning further restrictions in England to contain the significant growth of the Omicron coronavirus variant, his spokesman said on Friday, as Scotland warned the variant could become dominant within days.

Johnson, who sets health rules in England, introduced his “Plan B” COVID-19 measures on Wednesday, ordering people to work from home, wear masks in public places and use vaccine passes to slow the spread of Omicron.

While there are currently 817 genomically confirmed cases of Omicron in the United Kingdom, health minister Sajid Javid has said it is spreading in the community, and on Wednesday estimated the number of Omicron infections as closer to 10,000. Britain has reported more than 50,000 daily COVID-19 infections overall for three of the last four days.

“There is significant growth of Omicron here in this country and we are seeing early signs of vaccine escape,” the spokesman said, adding scientists needed more time to study the variant.

Asked about the possibility of a “Plan C” of further restrictions being put in place, he said: “There are no plans to go beyond what we have set out already, obviously we need to keep the characteristics of this variant under review and we would act if necessary but there are no plans.”

The UK Health Security Agency has said that Omicron has a growth advantage over the dominant Delta variant but that there is insufficient data to make an assessment of the severity of illness caused or protection against severe disease given by vaccines or previous infection.

Senior minister Michael Gove on Friday is chairing a meeting with the first ministers of Scotland, Wales and Northern Ireland, who control their own health policies, about co-ordinating their responses to the latest COVID-19 data.

She said that while she hoped that people who got Omicron might have more mild disease, that was not a guarantee, and the rapid growth in cases would cause problems for the National Health Service nevertheless.

“Given the volume of people who could be infected by Omicron because of its greater transmissibility, even if most of those cases are mild, the number of cases of serious illness amongst those infections will put massive strain on the ability of the NHS to cope,” she said at a news conference.